The Dubliners Lyrics And Guitar Chords

The Dubliners Song Lyrics, Guitar Chords and youtube videos in the same key as the chords.These are the most popular Dubliners songs from all their albums and also very popular with fans.  Most of the song also have the sheet music. If not then you'll like find the sheet music in the tin whistle notes section. Although The Dubliners recorded many more songs than are here on this page, these are the songs that are associated with the them, there are many more lyrics and chords in the other sections of the site that were also covered by the group. I use the chordpro format. A lot of the older more traditional songs have now been covered by Damian Dempsey who got his inspiration from listening to Luke Kelly, fair play to Damian and long may he continue to honour Luke by singing the old ballads.      Luke Kelly - Information On His Life

Below is the PDF Ebook of folk songs lyrics and chords list. The songs are in 3 different keys, There's over 500 songs in the ebook. Most have only 3 easy chords.
​Price €8.90 . I'll email the ebook after payment. 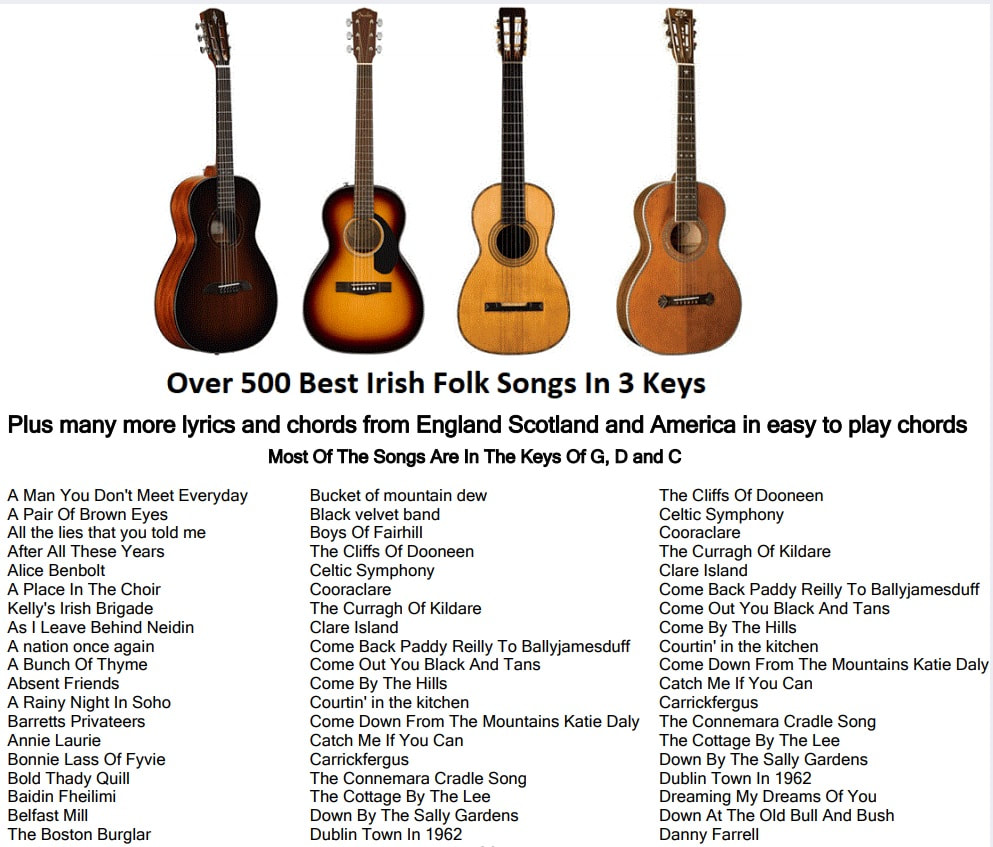 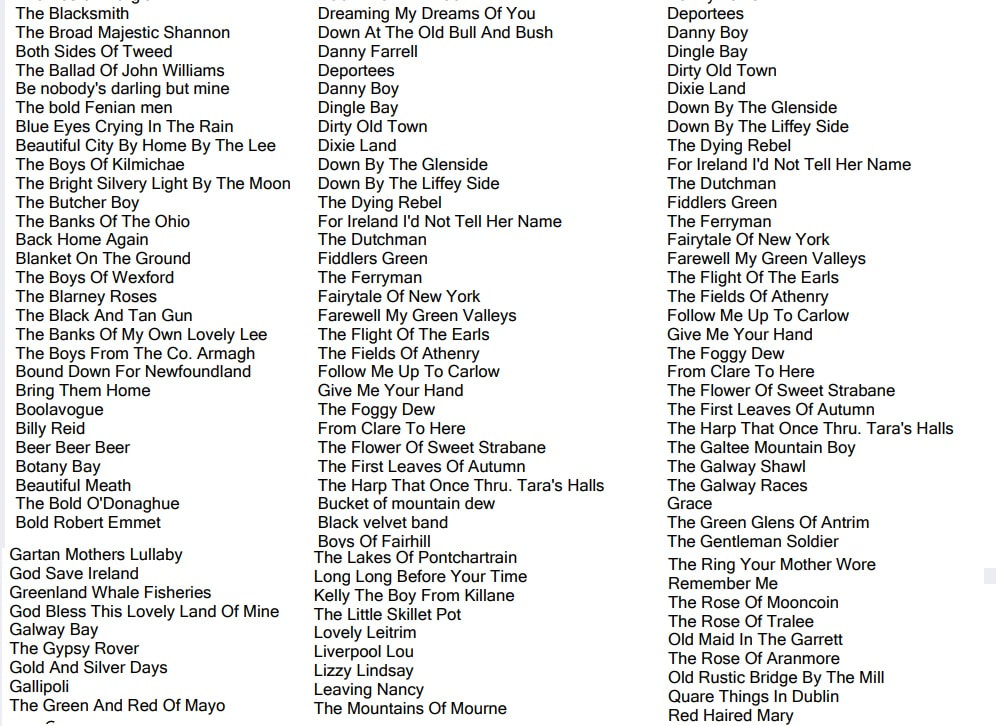 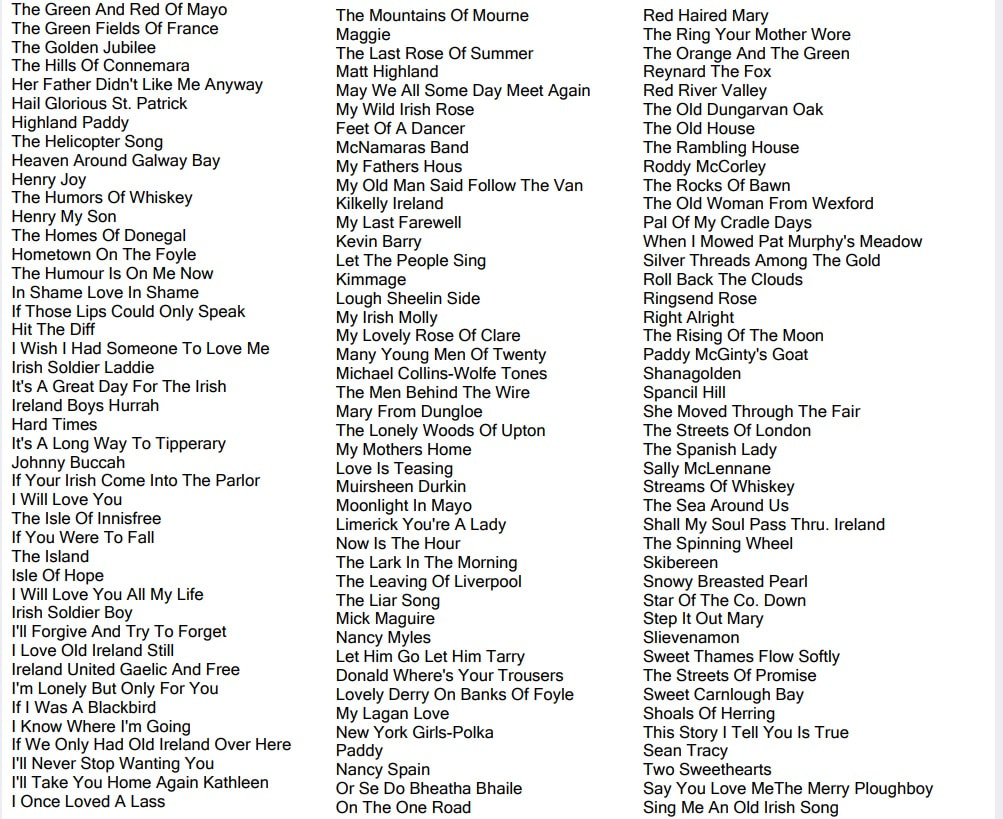 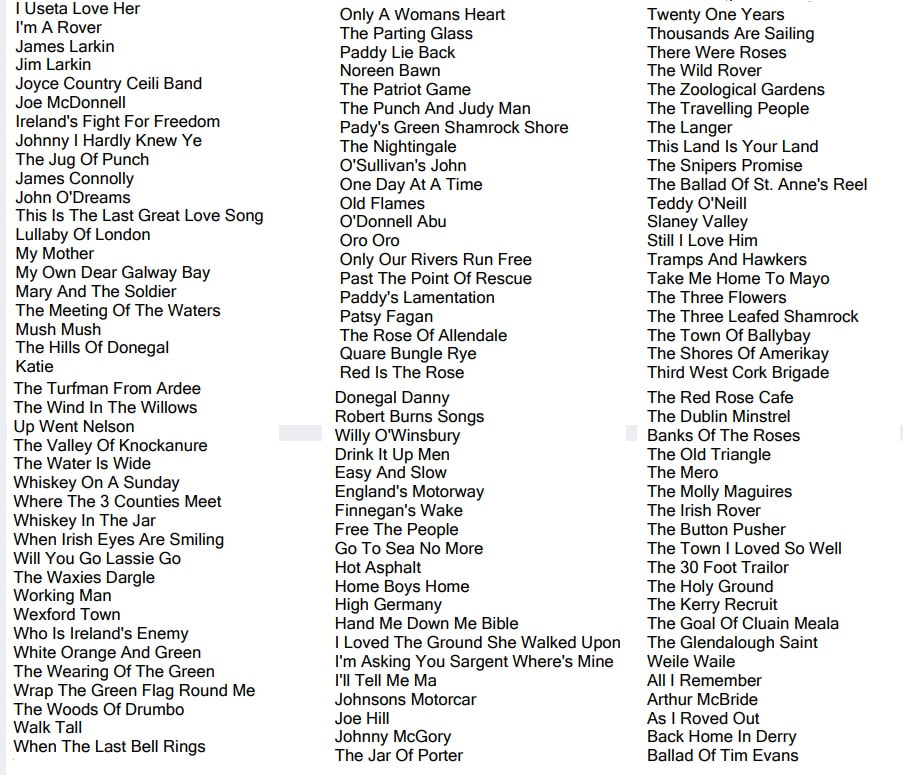 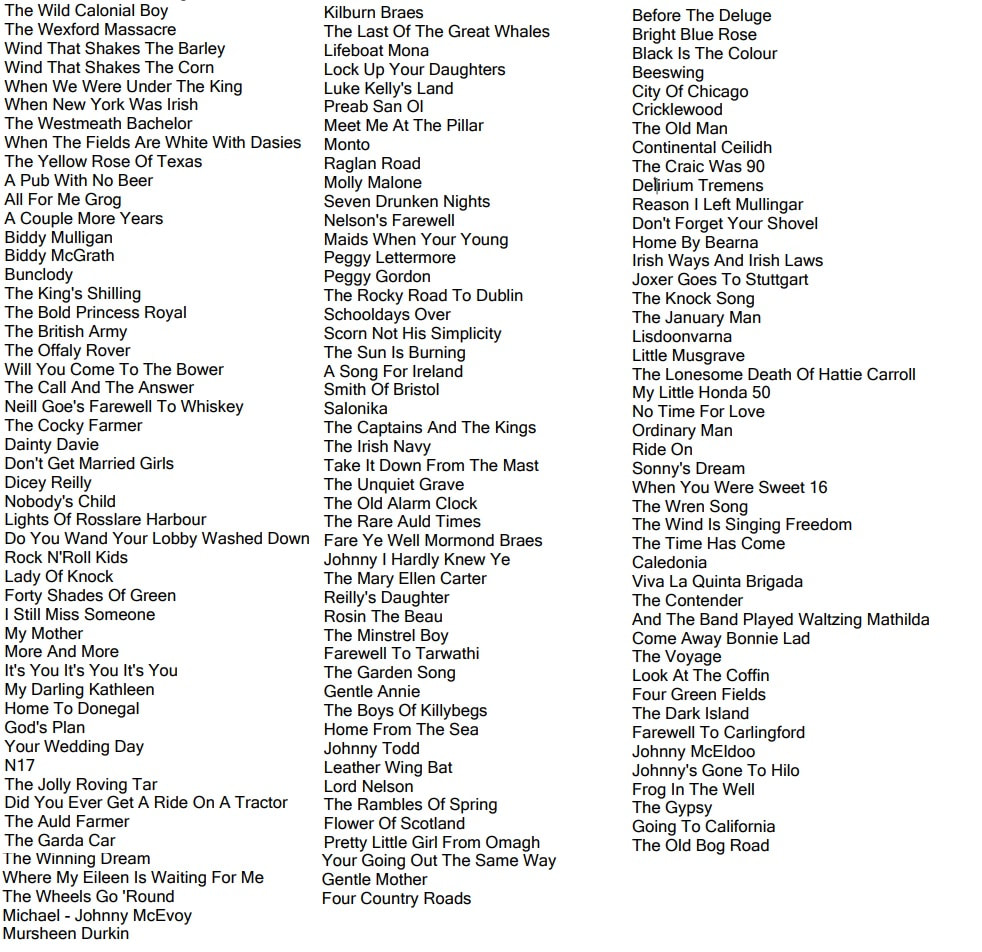 A Tribute To Luke Kelly - Liam Clancy
Luke how glad I am that our paths have crossed for that brief window of consciousness that is given to us between Iike two great mysteries.  you were no self effacing rustic waiting to be craved to sing soft sad love songs. you were as strident as a street in Cricklewood, as brash as a Dublin Hackney driver and you took delight in what you sang. joy and anger mixed in a powerful blend - that was your hallmark - then as always -joy is the act of singing - anger in the words that spoke of injustice. you vane from the mold of the great columnists who knew it was right to rail against the tyranny of class and privilege. So what signifies? Not signifies is that you fulfilled your purpose  that you did not Stint in the giving of the talent that was unequally yours. Had you been a blade of grass you would have been very green and very tall and very pointed because all things must be what they are to their fullness And when in the future there an those who want to hear, not the froth of fashion by the pop song of the month, but the timeless vision of the true story told, they will listen to you Lukey - you and your likes, if there are such ?.

a1984 marked a huge turning point for The Dubliner's with the passing of Luke Kelly . Luke was always hungry for new songs to play. Since his death the rest of the group pumped out the same songs year after year, the same songs they had being playing since the early 60's when the band were formed. Luke and to a lesser extent Ronnie Drew were always on the look out for newly written songs that would keep the group sound fresh.
A huge wealth of talent passed through the group over the years and it's always being surprising that The Dubliners never wrote songs. They have always being reliant on a others for material. Songwriters such as Phil Coulter , Pete St. John and Ewan McColl made up half their set list with the remainder being traditional songs. The fact that they didn't write their own songs or didn't add much new material after the passing of Luke and Ronnie never held them back.


The band continued to tour around Europe but on a smaller scale. They recorded several new albums but most of the songs on the albums were already released years earlier. They still attracted huge crowds where ever they played. When The Dubliner's came to town everybody wanted a ticket, even though John Sheahan is the only original member. John joined the group a year or two after the group was formed but he's still regarded as an original member.


The original name of the group in 1963 was The Ronnie Drew Group which consisted of Ronnie Drew on guitar and vocals. Ciaran Burke on tin whistle, John Sheehan on Mandolin, Barney McKenna on 4 string banjo and Bobby Lynch on guitar and vocals. Luke Kelly joined two years later and when they were looking to change their name from The Ronnie Drew Group it was Luke who suggested The Dubliners as Luke had being reading a James Joyce book of short stories called ''Dubliners''.

With The Dubliners retiring it's a sad time for folk music fans. We have already lost every member of The Clancy Brothers and Tommy Makem. The only remaining group that started out in the 60's that are still with us are The Wolfe Tones who celebrate 50 years together in 2013. All three members of the 'tones are original members that started out as a four piece in 1963. This must be a record regarding all original members of a band still together after 50 years. 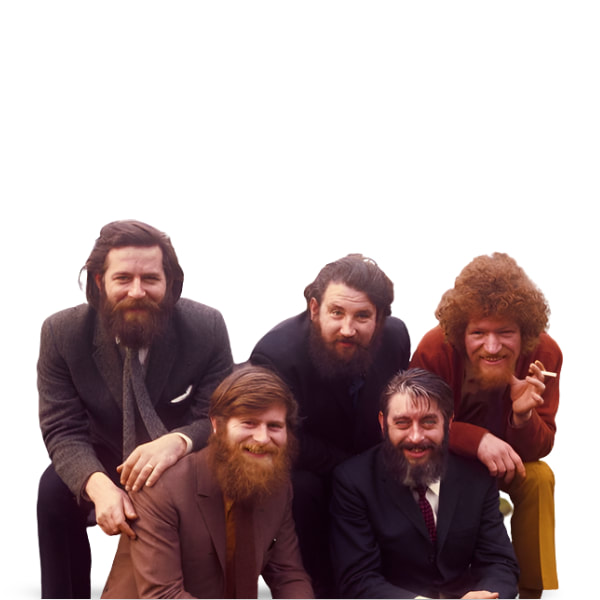