Monto sheet music lyrics and chords by The Dubliners, With Luke Kelly Doing The singing,  Written By George Desmond Hodnett Made famous by The Dubliners Mountgomery St. was once the biggest red-light district in Europe.With an estamated 1600 ladies working the area.It was known locally as ''The Monto'' and this is the origin of the song. The guitar chords are very easy to play, just 3 simple chords.
A ballad about the red-light district, Take Me Up To Monto, first sung in public by the internationally-famous group the Dubliners, is widely, but incorrectly, believed to be as old as the brothel quarter it extols.  In
point of fact it was written in 1958, three decades after Monto had
disappeared, by George Desmond Hodnett, the well-known critic of popular
music for the Irish Times.

In the 1950s Hodnett was composing satirical tunes for revues at the Pike
Theatre in Herbert Lane and for other Dublin theatres.  Take Me Up To Monto
was set, slightly adapted; to the air of Johnny McIldoo, and at the time of
composition was not seriously intended for public performance. Ronnie Drew,
a member of the Dubliners, knew of the existence of Hodnett's ballad, and
when he was staging a performance by the Dubliners at the Gate Theater in
1966 included it in the programme. It was an immediate hit.

Originally, Take Me Up To Monto was one of half-a-dozen tunes in a song
cycle, each taking off one of the stock types of folk and ballad tunes.  The
impression Hodnett wanted to convey was that the tune was written about the
turn of the century, with its references to the Dublin Fusiliers,
Skin-the-Goat, and now-obsolete Dublin slang. The tune has now reached the
point when it has become the folk song it originally aimed at satirizing.

Ronnie Drew has said that he thought that the origins of "Monto" lay in
Hodnett's antipathy towards a particular species of "folkie": the overly
serious, dry-as-dust kind, who interminably analyse and dissect "precious"
traditional songs; rather than just singing and enjoying them. Monto was
then, partly, Hodnett's "two fingers" to that sort of approach.
Consequently, he is said to have been reluctant to discuss the song, not
wanting to spoil its provenance, preferring to let it make its own way in
the world. He would probably have been quite pleased to see it described as
"traditional" or "anon", as it often is.

George Desmond Hodnett (1918-90) was a native Dubliner, his father coming
from a prominent Cork legal family and his mother, Lauré Faschnacht, hailing
from Murten, a small town west of Bern in Switzerland. He studied law at
Trinity College, or rather, he was supposed to.  He found his true milieu in
the theatrical and musical life of the city and became a regular among the
bohemian literati centered on the Catacombs in Fitzwilliam Place. Eventually
he became a fixture at the Pike Theater, where he was resident pianist. He
enjoyed a refreshment with Brendan Behan in both Dublin and London, wrote
numerous songs, mostly satirical, with titles such as "I Can't Hug My baby,
But Boy Can That Credit Squeeze": a Rock n Roll spoof, and "Hogsville,
Idaho"; a send-up of Oklahoma. "Hoddy", as he was affectionately known, was
a real Dublin "character": an affable, amiable "eccentric"; but always his
own man.
Thanks goes to Jim Irvine for the above information on Monto ,thanks very much Jim. I'll buy you a pint .'
Return to The Dubliners Lyrics And Chords
Well[G] if you got a[Em] wing-o,[G]take her up toEm ring-o,
[G]Where the waxies[Em] sing-O[G],all the[Em] day,
If you[G] had your fill of[Em] Porter,and you[G] can't go anyEm] further,
[G]Give our man the[Em] order,[G]back[D] to the[G] quay,
[Chorus]
And[G] take her up to[Em] Monto,[G]Monto,[Em]Monto,
[G]Take her up to[Em] Monto[D] Lan-ge-[G]ru,[D]to[G] you,
[2]
You heard the Duke of Gloucester,the dirty old imposter,
He took the Mot and lost her up in the Furry Glen,
He first put on his bowler,and he buttoned up his trousers,
Then he whistled for his growler,and he said my man,
[3]
You heard the Dublin Fusileers,the dirty old bamboozileers,
They went and got the childer,one,two,three,
Marching from thr linin hall,there's one for every cannonball,
And Vick's going to send them all o're the sea..
[4]
When Carey told on ''Skin The Goat'' O Donnell caught him in the boat,
He wished he'd never been afloat,the dirty skite,
It wasn't very sensible to tell on the Invincible's,
They stood up for their principles,day and night.

[5]
Now when the czar of Russia and the king of prussia,
Landed in the Phoinex in a big balloon,
They asked the polismen to play ''The Wearing Of The Green'',
But the buggers in the depot didn't know the tune.

[6]
Now the Queen she came to call on us,
She wanted to see all of us,
I' glad she didn't fall on us,she's eighyeen stone,
Mister Milord the Mayor say's she,
Is this all you've got to show for me,
Why no mam there's more to see ''Pog Mo Thoin. 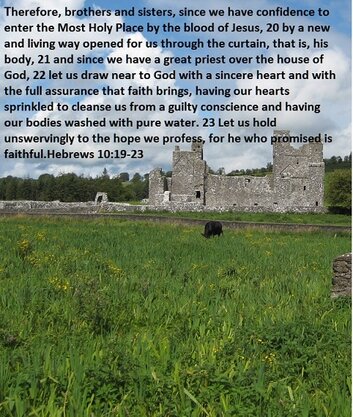 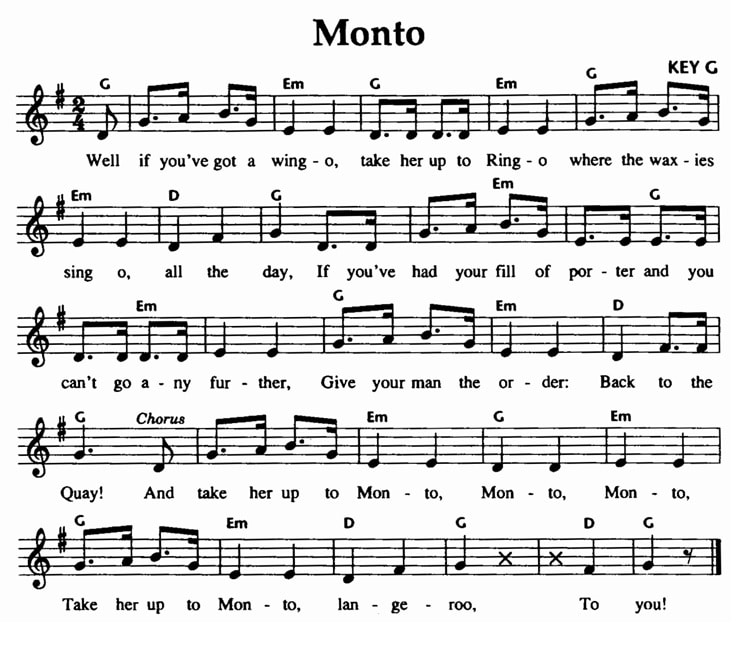 Monto sheet music lyrics and chords by The Dubliners