Shoals Of Herring Lyrics And Chords

The first piece of sheet music can be used on the flute or accordion.Ewan McColl wrote this folk song. It was recorded by Ewan McColl , The Corries , Llewyn-Davis, and The Dubliners. The sheet music and tin whistle notes are included. Ewan has wrote a raft of great songs , many are included here. I have given a couple of versions of the guitar chords in chordpro including the version as played by Luke Kelly. The song featured in the film Inside Llewyn Davis with Oscar Isaac. It was also recorded by The Clancy Brothers and. Louis Killen. The ukulele chords are now included. 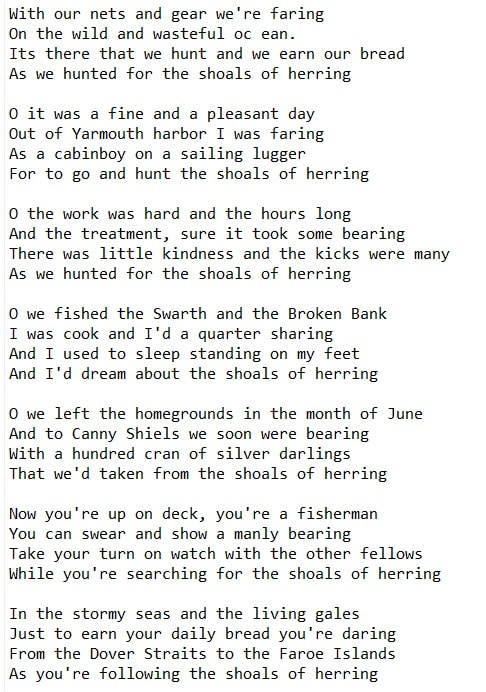 Shoales Of Herring Song Words With Chords In C Major

O the work was hard and the hours long
And the treatment, sure it took some bearing
There was little kindness and the kicks were many
As we hunted for the shoals of herring

Now you're up on deck, you're a fisherman
You can swear and show a manly bearing
Take your turn on watch with the other fellows
While you're searching for the shoals of herring

O I earned my keep and I paid my way
And I earned the gear that I was wearing
Sailed a million miles, caught ten million fishes
We were sailing after shoals of herring
Here's the chords as played by Luck Kelly on his banjo.


O[C] it was a fine and a pleasant day
Out of Yarmouth harbor I was[G] faring
As a[C] cabinboy on a sailing lugger
We were following the [G]shoals of Herr[C]ing
Below is the sheet music with tin whistle notes. The version just below the whistle version is in a slightly lower key.
Here's the guitar chords for the key of G. 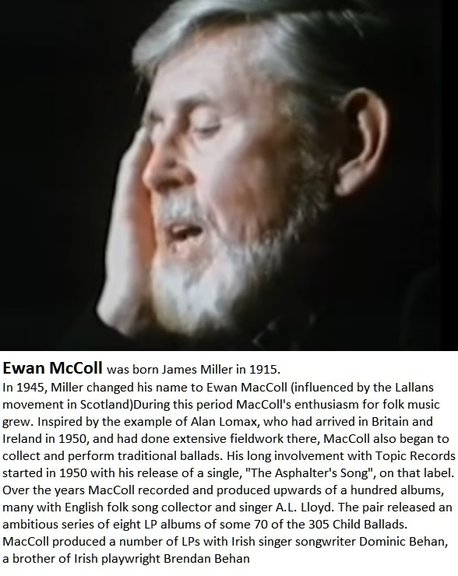 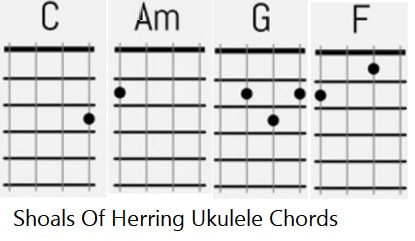 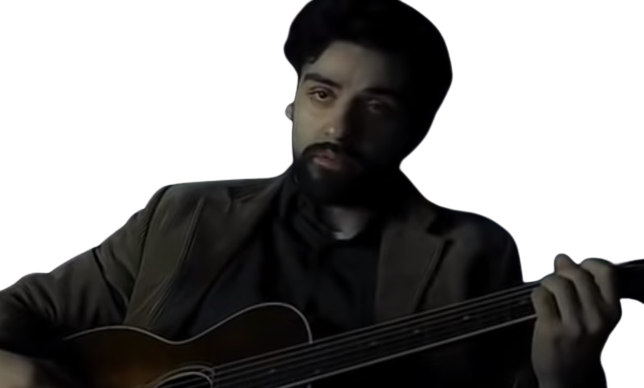 Llewyn Davis singing Shoals Of Herring
​Below is the ebook list of Irish Folk Songs with guitar chords
in 3 keys. Price €8.90 and I'll email the ebook after purchase .
​The chords are suited to ukulele, banjo or mandolin also.
Martin