Also included is the tin whistle notes in the key of D and the sheet music.. Written by Jeremiah Lynch . Recorded by  Dominic Behan, The Dubliners , The Wolfe Tones , Dermot O'Brien , Eire Og , and Johnny McEvoy [ song lyrics ]. The sheet music notes are included and the guitar chords are in D with a version in G in chordpro. The youtube video is from 1974 and features The Dubliners with Ronnie Drew on vocals. This old ballad was out in the 1960's and it was then I learned it, at school. Yes, in them days we learned how to sing ballads in the classrooms in Ireland.
Here's the sheet music for The Merry Ploughboy 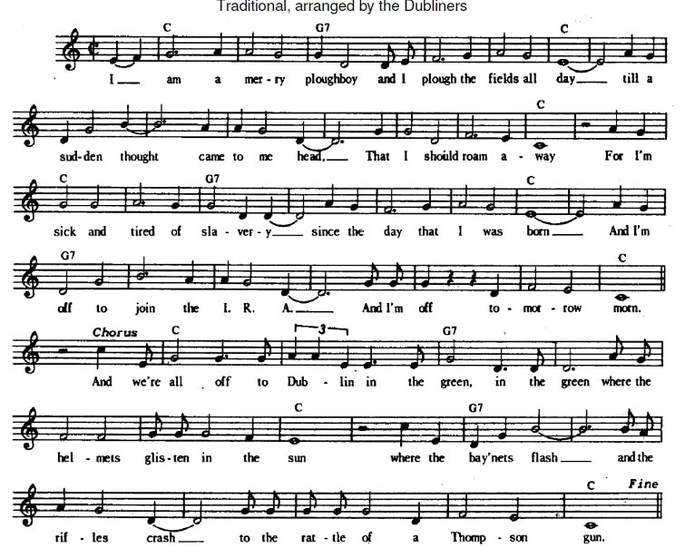