The Sun Is Burning Lyrics And Chords

The sheet music and tin whistle notes for this folk song from England are included.Recorded by The Dubliners, Written by Ian Campbell, And recorded by The Dubliners with Luke Kelly singing. I have included the guitar chords in the same key that Luke sings the song in. The song was also recorded by Simon And Garfunkel, The Brennan Sisters, Christy Moore and The Wolfe Tones.The sun is burning piano keyboard letter notes included. 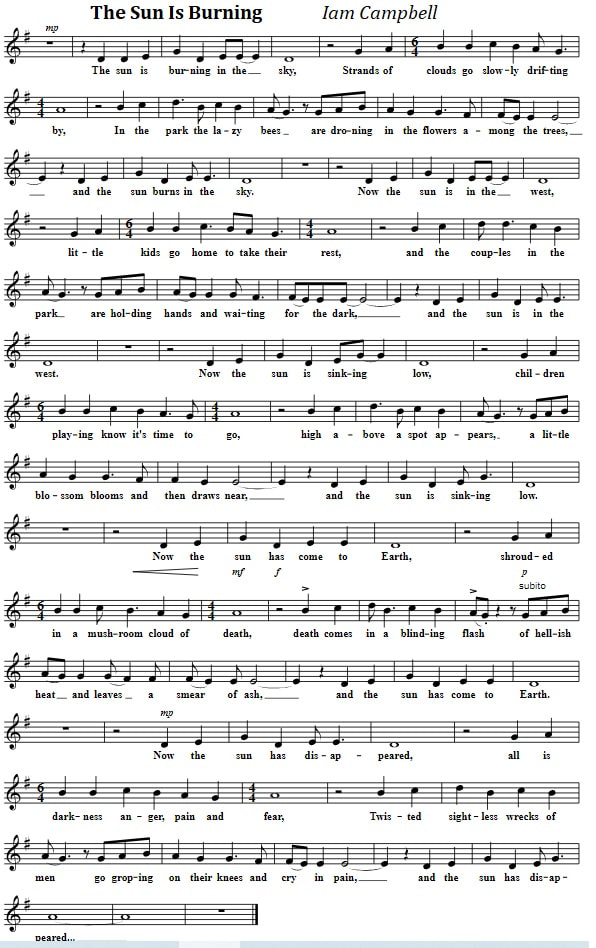 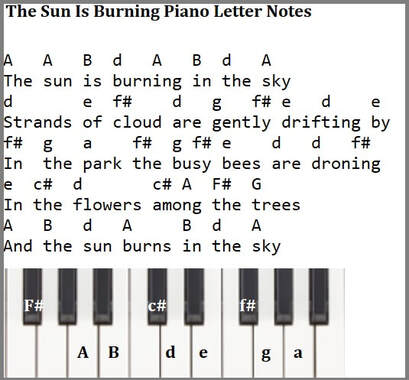 The sun is burning piano keyboard letter notes. These notes are slightly higher than the sheet music version above. These are in the key of D
​​​Below is the list of sheet music and tin whistle songs that are in my ebooks. This is the largest collection of tin whistle songs ever put together.[over 800 songs ] Including folk, pop and trad tunes plus German And French songs along with Christmas Carols.
All of the sheet music tabs have been made as easy to play as was possible.
​The price of the ebooks is €7.50