This is a Traditional folk / love song from Bunclody  in Co. Wexford ,[ other songs from Wexford include The Boys Of Wexford Song ] The full sheet music score is included with letter notes. also known as 'The Streams Of Bunclody . The video is of The Dubliners with Luke Kelly doing the singing on this one. I have included the guitar chords that are played in the youtube video of The Dubliners which are in the key of G. Return to The Dubliners Lyrics And Chords .

So farewell to my father
And my mother adieu
To my sister and my brother
Farewell unto you
I am bound out for America
My fortune to try
When I think on Buncloudy
I am ready to die
This was a real example of collecting a song without expecting to collect.
Afterwords Bunclody became one of Luke's favorite songs. When he sang it in Bunclody  he dedicated it to the man who sang it
in the pub on the bridge who was a local School master named Michael Flannery.
Here are the guitar chords as played by The Dubliners
[G]Oh were [C]I at the moss house
Where the[G] birds do in[C]crease
By the[G] foot of Mount[C] Leinster
Or[F] some si[C]lent[G] place
By the streams of Bun[C]cloudy
Where all[F] pleas[C]ures do[G] meet
And all [C] I would  ask is
On[F]e[G] kiss [C]from you sweet 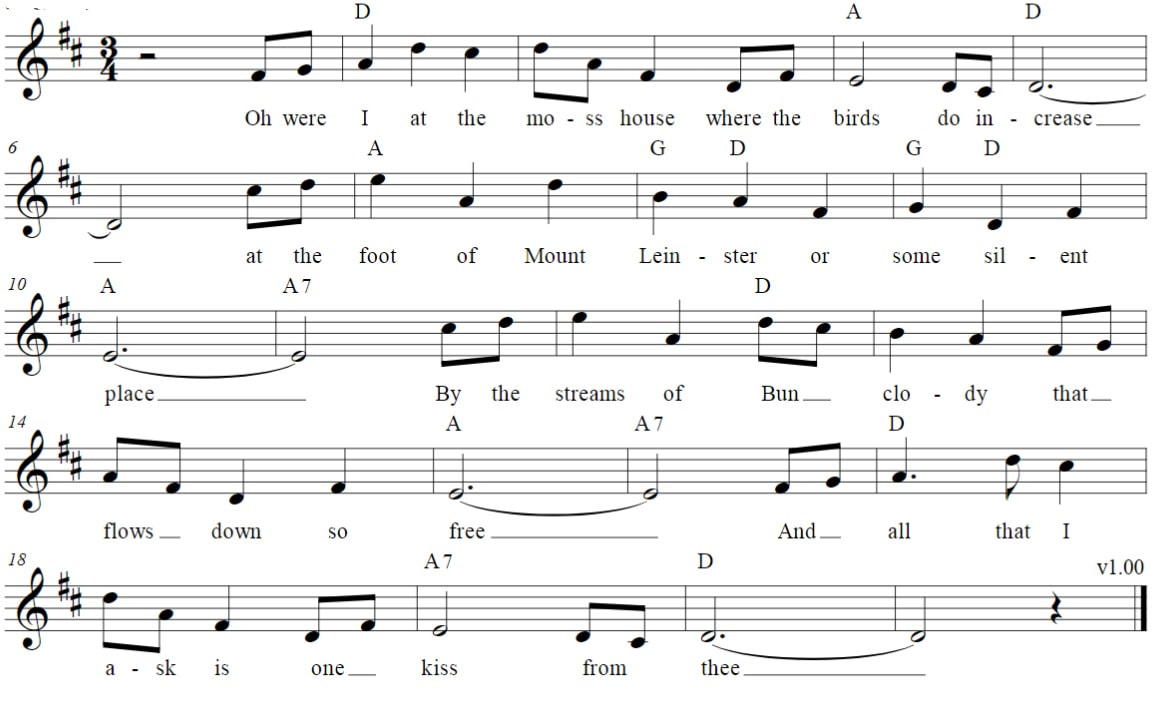 Streams of Bunclody sheet music by Luke Kelly
When Luke Kelly was asked what song he'd liked to be remembered for he picked Bunclody. The Dubliners were on tour in the
South East and ended up in Enniscourty. In the afternoon, the lads had little to do while waiting around for the show so they went to the pub beside the bridge in Enniscourty.


They were playing a few songs just to pass the time away. There was just the one other customer in the pub. Luke says, he was a very well dressed gentleman and he stood there listening to us play. ''Very Nice'' , he said after the Dubliners had sang a few songs, but do you mind if I sing a song
myself ?. The lads expected a tenor voice something like John McCormack, but he had a beautiful soft voice and he sang a song that none of us had ever heard before , a beautiful song. We were mesmerized by that. 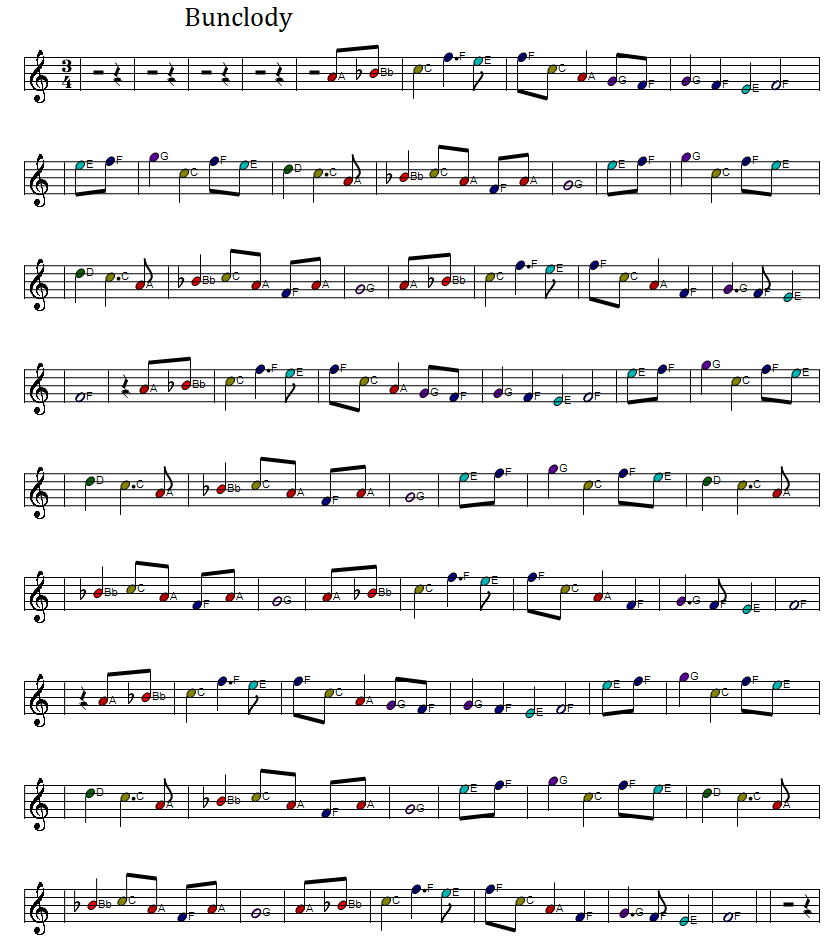 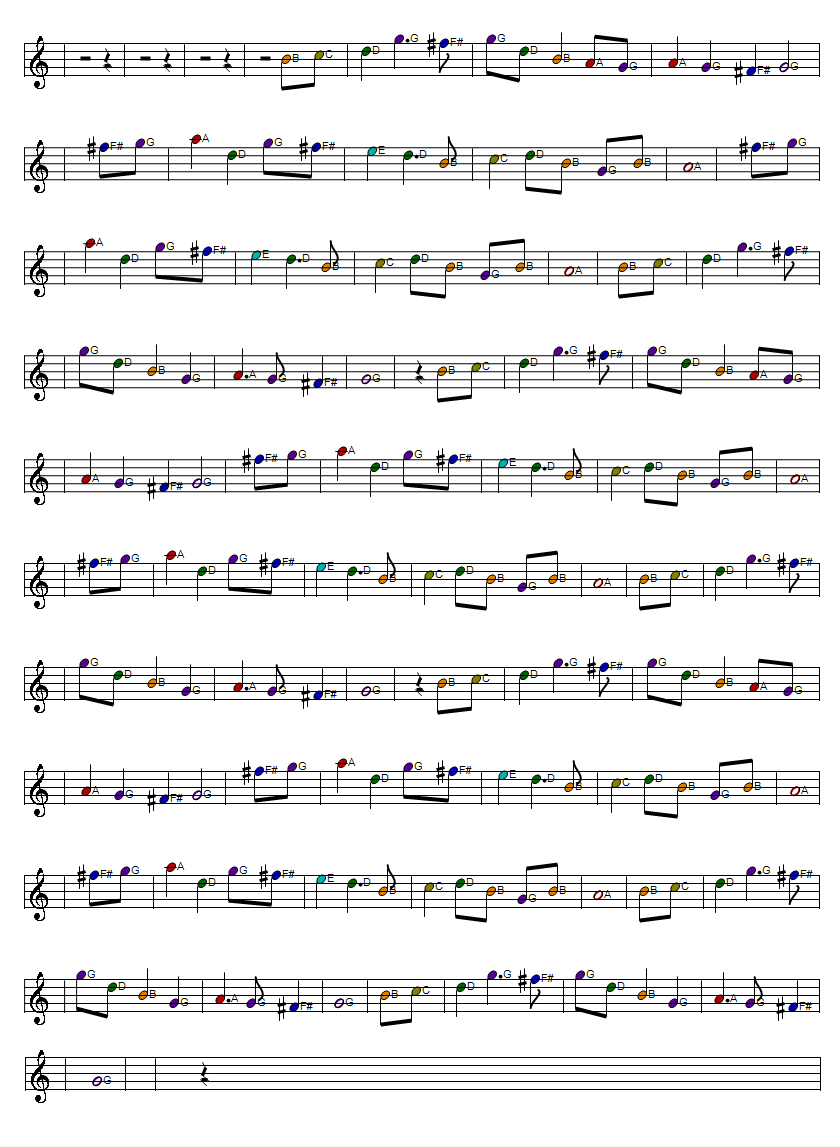