All your favorite songs from one of Ireland's greatest singer songwriters. Nearly all the songs have a youtube video and chords in the same key to play along to the youtube video. If you can't find the song you were after try the other sections, the odds are that it's here and it may have been recorded by another artist besides Christy. All song tabs in the ''chorpro '' format.
​Below is the PDF Ebook of folk songs lyrics and chords. The songs are in 3 different keys, There's over 500 songs in the ebook. Most have only 3 easy chords.
​Price €8.90 . I'll email the ebook after payment.
Success
Everything has changed, yet everything remains the same. It's about the songs, if I end up back in the van playing small folk clubs, I'll still be content doing what I love to do and that's singing these songs. This working life I have is about songs. It's been a marvlious journey and thankfully it's still continuing. I view singing songs as a form of meditation because when I'm singing I go in somewhere and certain when I'm singing to an audience. I get locked into something, I feel as if I'm  unavailable when I'm in a song and I have grown very comfortable with that feeling and I kind of like it.
Christy's First Recording
The first thing I done when I went to England, well I started work on the Oil Rigs and stayed long enough to get a decent guitar. I bought a Yamaha guitar around the time I started going to folk clubs. I started the folk clubs around 1967 and found me way around. The Grehan Sisters from Boyle Co.Roscommon were very good to me in England, they brought me around with them and let me play support to them. That opened a lot of doors for me. A year later I met Dominic Behan at a benefit concert for the Northern Ireland civil rights and I was invited to sing, Dominic was the star of the show and he liked what I sang, he invited me back to  his house and I spent a few days there with Dominic. He said, I'm going to make a record with you, and in those days it wasn't easy to get a record made. Six of the tracks were my songs and 6 were Dominic's songs, that was the deal. The first song I ever recorded was Connolly Was There [ lyrics ]. 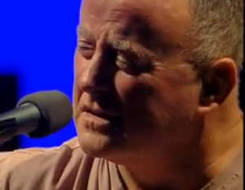 The First Interview
As far as I'm concerned there's no real folk scene in Ireland, as there is in England says Christy Moore as we settled ourselves comfortable with pints in the sunshine outside a Fleet Street pub. There no interest in a folk scene, I think the basic difference between Ireland and over here is that in Ireland the clubs are run by the publicans to make money. In England they are run by people who want to hear the music. I think that of all the money that goes into the Irish folk scene the performers get the least of it. For the past two years Christy has been working on the British folk circuit, basing himself in Halifax Yorkshire. Christy comes from a musical family but his first real inspiration as far as folk music is concerned were the Clancy Brothers whom he heard when he was 15. All the best songs I sing I collected myself Christy told me but I also sing a lot of Dominic Behan songs and I'd like to make an l.p. of his songs some day. As far as the collecting is concerned I did not get the songs from anywhere in particular. I know a few songs from the area I came from, Kildare, but that part of the country isn't renowned for singing. I did collect a lot from Tipperary and Clare. Christy has just completed his first record for Mercury Records and with Robin Hall and Jimmy McGragor and songwriter David Campbell, is one of the first folk singers to be singed to the label. Titled ''Paddy On The Road'' , it will be released before the end of the year. Among the songs that Christy has recorded are, Cunla, Curragh Of Kildare [lyrics], Father McFadden, James Larkin, Avondale [lyrics] and Maid Of Athy. Backing is supplied by Ray Swinfield on flute, guitars Danny Wright and Ike Isaacs and Jack Fallon on bass. Steve Benbow arranged the songs and was the musical director as well as playing the guitar on the sessions. I was really surprised with the l.p. says Christy, I was reluctant at first to use the backing but when I heard the tapes I was pleased and I did enjoy the sessions. It was time for Christy to go then. He finished his pint, bade me farewell and disappeared into the lunch time crowd. Paddy Was Back On The Road.
Interview by Tony Wilson For Melody Maker in 1969.
Here's what Christy Moore says about making a song too complicated. Yes I agree with him
There are times I feel curtailed by my limited musical knowledge. I have no theory and cannot read music. I can play eight chords and three scales and sing two and a half octaves, I would love more dexterity  on the fret boards. However there sometimes can be a downside to bags of theory and buckets of chords -the substance can be forgotten in the rush to use all knowledge at all times. The simple plot can be lost and the song or tune can be encumbered with unnecessary notes in unsuitable chords. Occasionally I encounter
musicians who know many of the chords but can carefully choose the few simple notes that are the most suitably ones. Such musicians create the magic moments.


No matter how complex the pattern, nor the dexterity upon the frets nor the notes per second, nor the memented diminished, it matters not a whit if the heart of the player
is not involved with the substance of the work. Too often I have seen good guitar players seduced by their technique into abandoning the core, leaping around frivolously decorating everything to the extent that the simple piece of music is lost. Written by Christy Moore 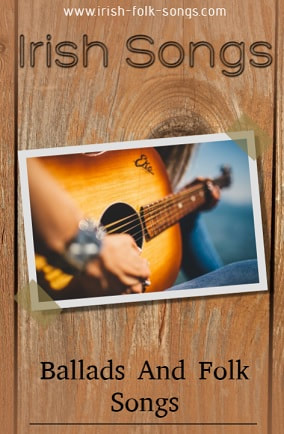