No Time For Love Lyrics And Chords

Written by Jack Warshaw and a mighty hit song for Christy Moore [ songs ] and Moving Hearts.The version of No Time For Love from Liberty Hall in 1981, although there is a recording of this song on the first album Moving Hearts Wea. I have included this longer version here dispite it not being Moving Hearts at their best. It is the only live recording of this song, it was always a highlight of our 80's gigs. Night after night It soared and I am happy to be able to include it here. Christy Moore Notes On The Box Set Version. All I Remember lyrics is also here from Moving Hearts days.

[G] You call it the law, we call it apartheid, internment, conscription, partition and silence.
It's the law that they make to keep you and me where they think we [D] belong.
They hide behind [G] steel and bullet-proof glass, machine guns and spies,
And tell us who suffer the tear gas and the torture that we're in the [D] wrong.

They suffered the torture they rotted in cells, went crazy, wrote letters and died.
The limits of pain they endured - the loneliness got them instead.
And the courts gave them justice as justice is given by well-mannered thugs.
Sometimes they fought for the will to survive but more times they just wished they were dead.

They took away Sacco, Vanzetti, Connolly and Pearce in their time.
They came for Newton and Seal, Bobby Sands [ song ] and some of his friends.
In Boston, Chicago, Saigon, Santiago, Warsaw and Belfast,
And places that never make headlines, the list never ends.

The boys in blue are only a few of the everyday cops on the beat,
The C.I.D., Branchmen, informers and spies do their jobs just as well;
Behind them the men who tap phones, take photos, program computers and files,
And the man who tells them when to come and take you to your cell.

All of you people who give to your sisters and brothers the will to fight on,
They say you can get used to a war, that doesn't mean that the war isn't on.
The fish need the sea to survive, just like your people need you.
And the death squad can only get through to them if first they can get through to you 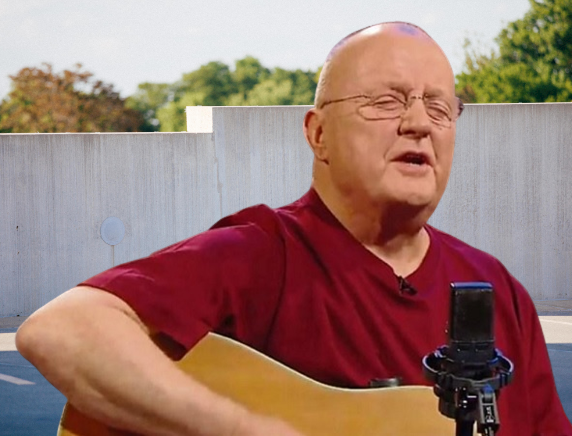