The Well Below The Valley Christy Moore lyrics and guitar chords

Recorded by Christy Moore when he was with Planxty. The sheet music notes are included along with the tin whistle notes in D Major.


She swore by grass, she swore by corn
That her true love had never been born


He said "Young maid, you swear in wrong
For six children you had born"
" 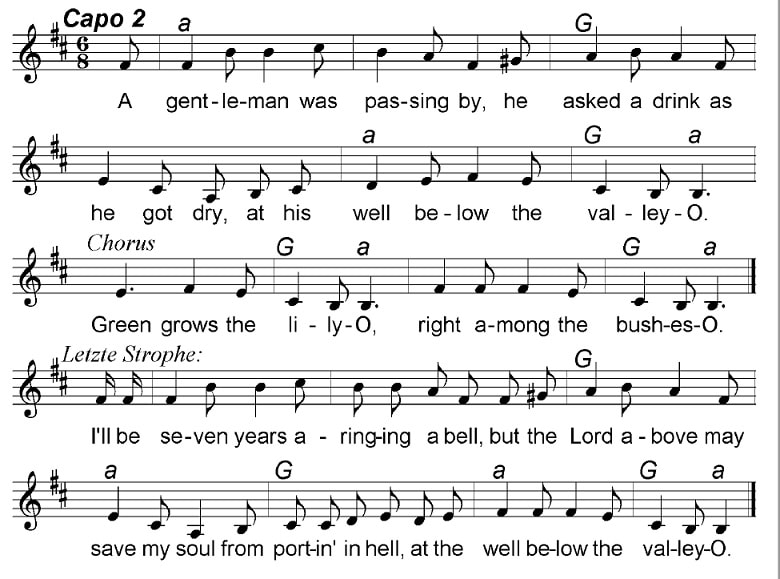