Written by Donagh McDonagh. the other song Jim Larkin which was written by Pete St.John and recorded by Paddy Reilly and by Charlie And The Bhoys. This version is by myself, I use a capo on the first fret. This song was also recorded by Christy Moore on his first album Paddy On The Road in 1969.
.In[D] Dublin city in 19[G]13 the boss was[A] rich,the poor were[D] slaves,
The[D] women working,the children[G] starving,along camr[A] Larkin like a mighty[D] wave,
The workman[A] cringed when the bossman [Em]thundered,seventy[D] hours was his weekly[A] chore,
He asked for[D] little and less was[G] granted,
Lest getting[A] little he'd ask for[D] more.
[2]
In the month of august the bossman told us,
No union man for him could work,
We stood by Larkin we told the bossman,
We'd fight or die we would not shirk,
Eight months we fought,eight months we starved,
We stood by larkin through thick and thin,
But food-less homes,the crying children,
They broke our hearts,we could not win.
[3]
Then Larkin left us we seemed defeated,
The night was dork for the working man
Along came Connolly with new hope and councic,
His motto was we'd rise again,
In nineteen sixteen in Dublin city the British army they burned our town
They shelled our buildings they shot our leaders,
The harp was buried beneath the crown.
[5]
They shot Mc Dermot and Pearse and Plunkett,
They shot Mc Donagh and Clark the brave,
From bleak Kilmainhan they took their bodies,
To Arbour hill to a quick lime grave,
But last of all of the seven leaders,
A dying man they shot Connelly,
The voice of justice the voice of freedom,
He gave his life that men might be free
Alternative Song Words & Chords In G Major
In[G] Dublin city in 19[C]13 the boss was[D] rich,the poor were[G] slaves,
The[G] women working,the children[C] starving,along camr[D] Larkin like a mighty[G] wave,
The workman[D] cringed when the bossman [Am]thundered,seventy[G] hours was his weekly[D] chore,
He asked for[G] little and less was[C] granted,
Lest getting[D] little he'd ask for[G] more.
James Larkin was born in Liverpool in 1885 to Irish parents
He worked as a Dock Laborer and was a member of the
Independent Labour Party.
He was sent to Belfast by his union[National Union Of Dock Laborers ]and while there recruited 400 new members in a short time.
The dock employers sacked members of the N.U.D.L.and a bitter dispute followed
Larkin was now sent to Dublin to organize unskilled workers.
In a year he had 3000 men in his union.He became involved in three strikes
and because of the cost to the N.U.D.I. he was suspended.
He then formed his own union,the Irish Transport And General Workers Union
In 1911 he established his own newspaper The Irish Worker,
And within a year the paper was selling one hundred thousand copies,
The population of Dublin was three hundred thousand in 1911.
Amazing sales for the time
In 1912 he joined James Connelly [ song ] and formed The Labour Party. 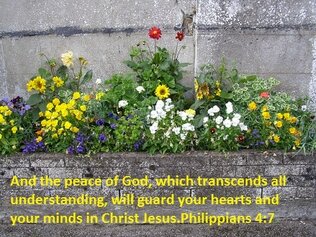 Recorded in 1968 in the M.S.G. club in Manchester,
This is a powerful song written by Donagh McDonagh.
I learned it in Glasgow from the singing of Arthur
Johnstone who played with a fine band called
The Clutha. I enjoy hearing it again, the energy
of the work from this period. It was a different world
and we sang and we listened differently. It was a time
before the music industry took notice of this
music. We were operating in an independent environment
and the music was still underground.
Christy Moore notes on The Ballad Of James Larkin / 1913 Lockout