The Curragh Of Kildare Lyrics and guitar chords

The Curragh Of Kildare Song Lyrics And Easy Guitar Chords. The full sheet music score showing the letter notes is included along with the 5 string banjo chords. An Irish Folk song from Kildare, Leinster., Traditional. As sung by The Johnstons,The Ludlows and Christy Moore. the version here is by The Johnstones which in my opinion is the best version ever. The harmonies are just beautiful and lovely guitar playing too. The sheet music is included, guitar / Ukulele chords in chordpro suit the mandolin.The music time signature is 4/4.
Here's an easy version in the key of G Major.

A livery I will wear and I'll comb back my hair
In velvet so green I will appear
And it's then I will repair to the Curragh of Kildare
For it's there I;ll find tidings of my dear

The rose upon the brier and the water running free
Gives joy to the linnet and the bee
Their little hearts are blessed but mine is not at rest
For my true love is absent from me.

Below are the five string banjo chords for the key of G. 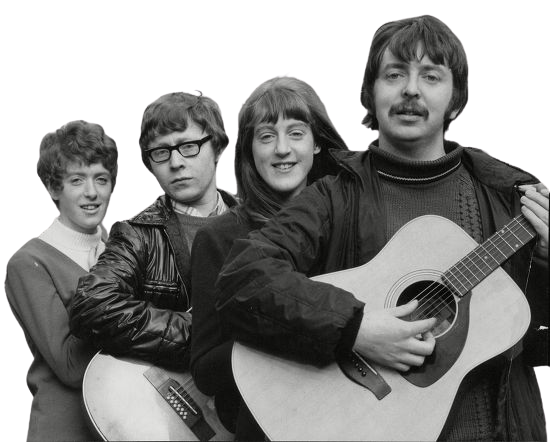 The Johnstons The Curragh Of Kildare Lyrics 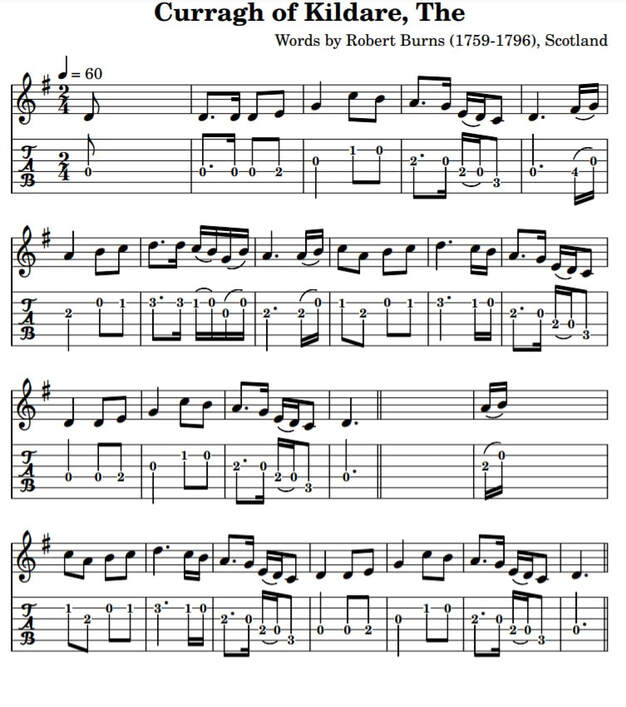 Here are the guitar chords as played by The Johnstons. 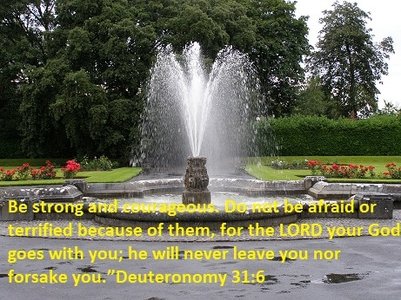 Who wrote The Curragh Of Kildare ?
Here's what Christy Moore says about it's authorship
Many have claimed both authorship and discovery of this beautiful Scottish ballad. Truth is it was probibly written by Robbie Burns. In 1962 I discovered it in the Joyce collection. I brought it to Donal Lunny and we worked in a chorus gleaned from the third and forth line of verse three. If memory serves me I gave the song to Mick Malony in exchange for The Blecher Lassie Of Kelvin Haugh. He subsequently recorded it with The Johnstons and that wonderful version established the song in the national repertoire.

It was an earlier time,  I was getting over the initial euphoria of my two-chord repertoire, Phelim Brady, The Bard Of Armagh, The Jug Of Punch, and Rosin The Bow, I was beginning to realise there were songs beyond the ballad lounge, songs yet to be sung. I began looking for ballads that were lying dustily, waiting to be rediscovered, tuned up and coaxed back to life. My new journey began to take me further afield, and one day I discovered a book in the library in Newbridge, P.W. Joyce's collection of Irish music and songs. I gleaned a number of songs from this book, among them this Jewel. This was back in 1962 and Donal Lunny and I worked it up into what it has become. Various ballad and folk bands have subsequently taked it to a million ears. One noted Irish singer even claimed to have written it, but Rabbie willne're be denied. Burns, twas and Burns 'twil be.

Ps. [from Christy Moore ] I've just discovered  that there is some doubt about Robbie Burns'  authorship here. I can neither confirm nor deny at this time. 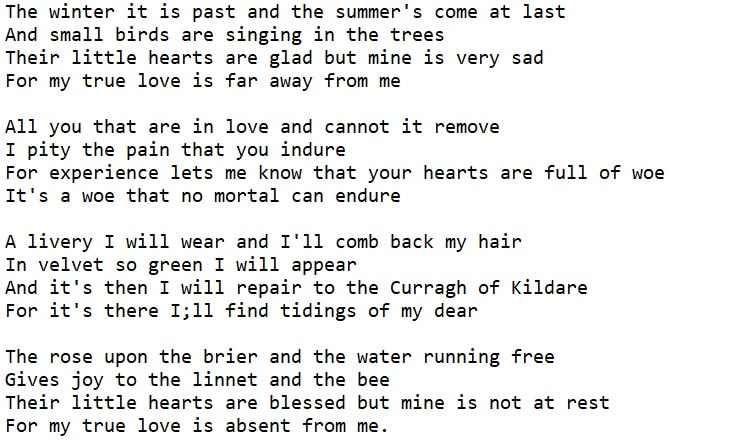 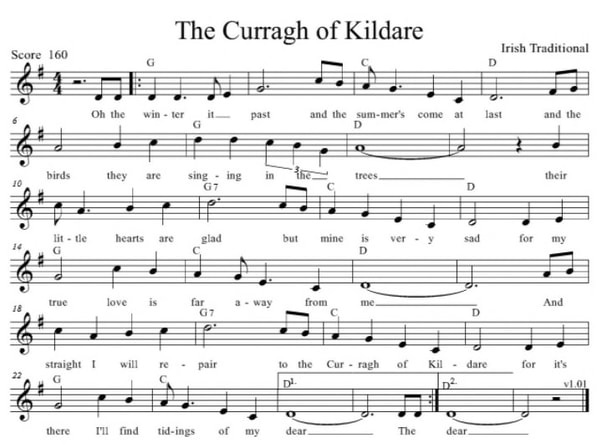 Below is the full sheet music score showing the letter notes for The Curragh Of Kildare . 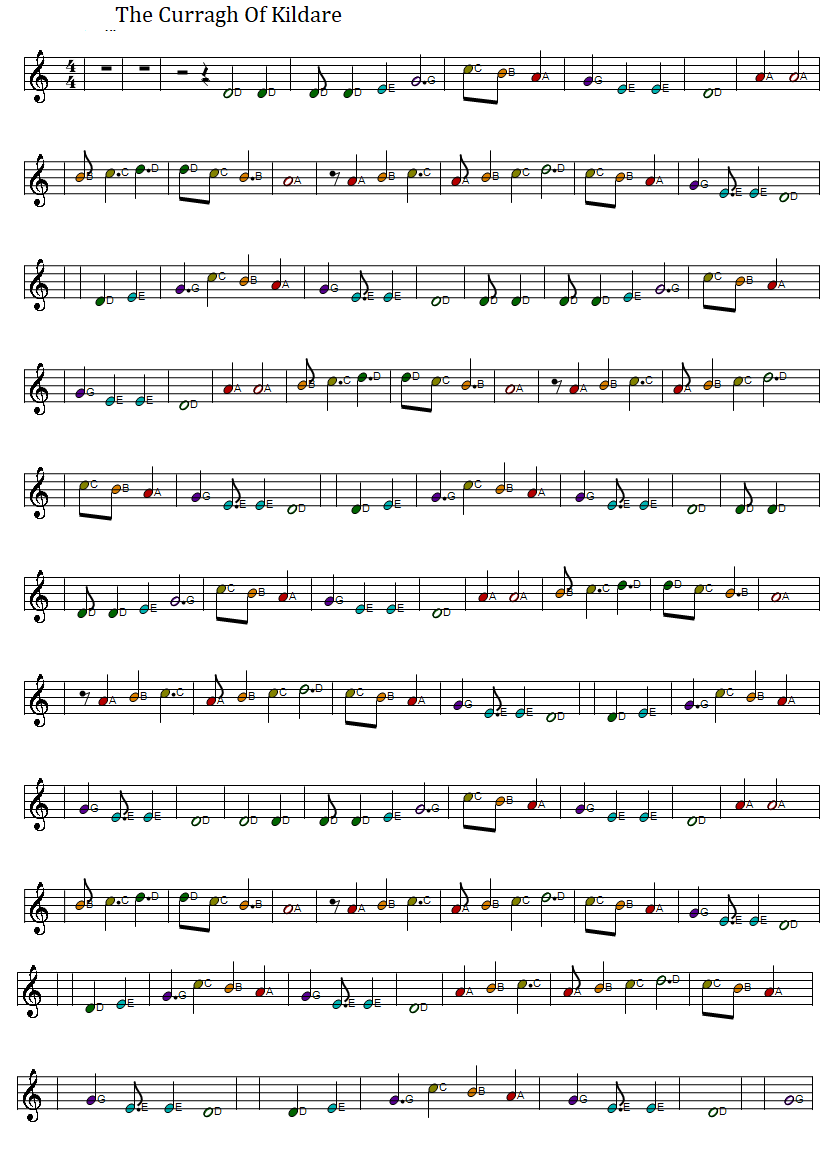