Written By Jim Page.As preformed by the brilliant Moving Hearts with Christy Moore. It was around this time that my favorite Moving Hearts song was written and recorded which is All I Remember song. And I still have a fondness for it. , if only the lads would reform again , they were ahead of their time. This song is about the ending of the second world war. Back to the list of Christy Moore songs .
[Em]They[C] dropped the[D] bomb in[Em] '45 to end the world war,
No-[C]one had ever seen[D] such a terrible[Em] sight before,
TheC] world looked on with[D] eyes wide to[Em] see where it might lead,
The[C] politics of[D] power, they[Em] passed around their seed,
It was a[D] time to remember, we never can forget,
They[Em] were[C] playin' Hiroshi[D]ma, Naga[Em]saki, Russian Roulette.

They arose like the saviours of our modern human race,
With radiation haloes, that hung about their face,
With the key to the sure-cure, the treatment of our ills,
A hot-shot of cobalt, and a pocket-full of pills,
Speaking always of the enemy, who lurked across the sea,
While they crept in among us like a carrier disease.

Deep down inside the bunkers of the concrete and the lead,
Einstein's disciples working steadily ahead,
Making heavy metal power-plants to fire the city lights,
All you can hear in the underground is the humming through the night,
And the walls of tight security, circle all around,
Where they spill out their poison and bury it in the ground.

Holed up in the harbours hidden secretly away,
War-heads and submarines await to make their play,
The military masterminds improve on their design,
The soldiers get all doped up and stumble through the lines,
While the spills into the rivers get carried out by the tide,
They call this security but we're not satisfied.

Our statesmen and leaders and politicians pay,
Quick to heed the hand that feeds, they're careful what they say,
They call out experts to assure us, to wave their magic wands,
This is the power of the future, And the future marches on,
And they call in their favours, all their political gains,
While the spills fill the rivers and settle in the plains.

They've caused the death of millions, that's their stock and trade,
They will be afflicted by the fallout that they've made,
They've sealed their own inevitable doom, it must surely come,
Not even the moons of Jupiter will be far enough away to run,
When this earth that they've assaulted, begins to turn around,
And the unavoidable gravity, sucks them to the ground.

I know the minds behind them, they are riddled full of holes,
Not to be trusted with their hands at the controls,
Their eyesight it is twisted by the glory of their careers,
The heaped praise and flattery is music to their ears,
To listen to them talk about how it hasn't happened yet's,
Like playing Hiroshima, Nagasaki, Russian Roulette. 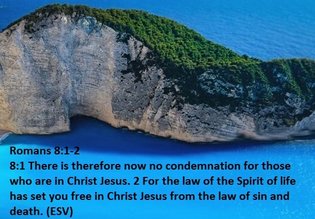