Sheet Music For Irish Folk Songs in the tin whistle format. About half of these songs now have a youtube video to help you learn the song. When you see the + sign, this means there's a video with the song. 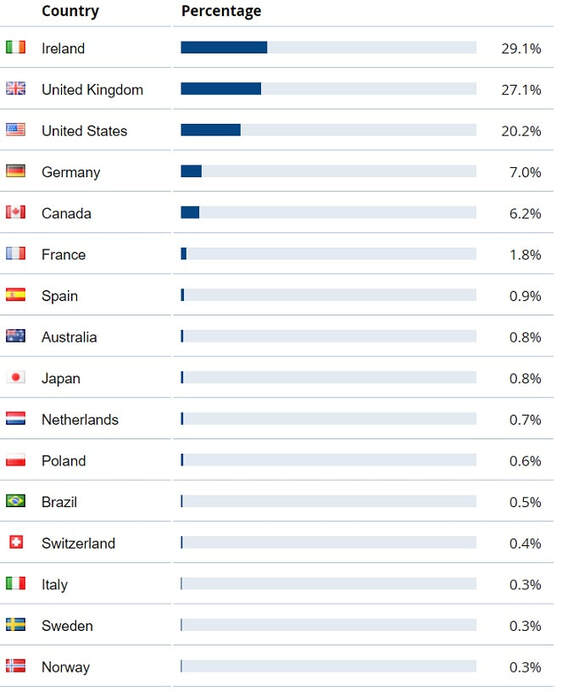 List of countries where the tin whistle is played