The sheet music is suitable for flute and accordion. Written by Finbar when he was nineteen years old,and what a great tune it is,Finbar plays this in a low D whistle. There are actually lyrics that go with this tune and its called Silent Annie, also written by Finbar Furey.​ The Lonesome Boatman Violin Sheet Music For Beginners now included plus the guitar tab in D Major. 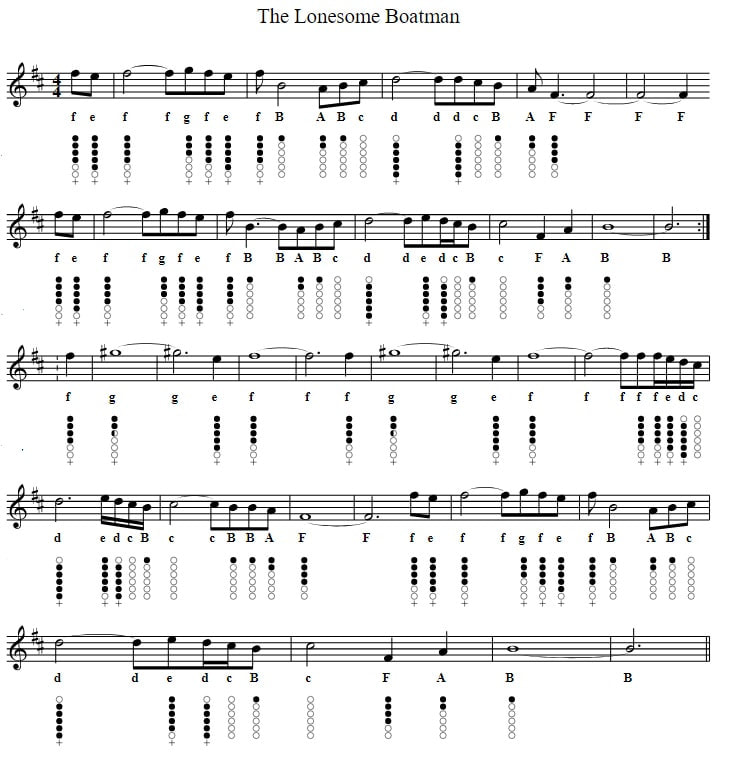 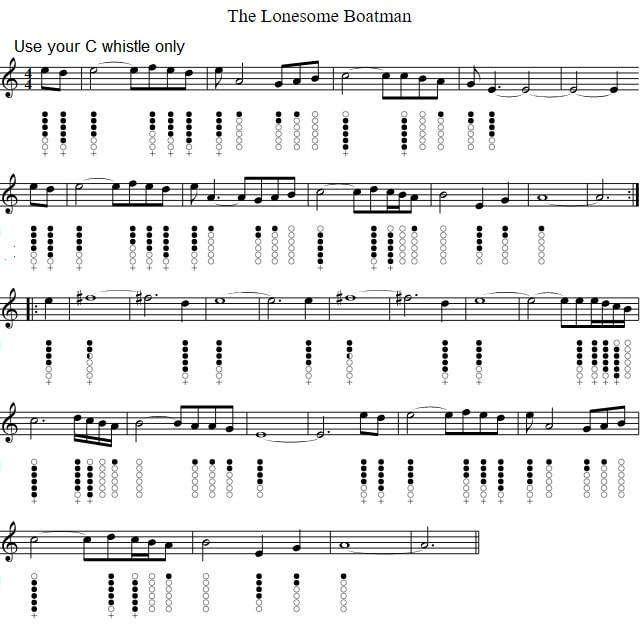 The above video is of Damien O'Sullivan on whistle / mandolin with Tony Reilly on guitar and accordion.
The below youtube video is by Jean-Baptiste Meynard and these are the notes he's playing. 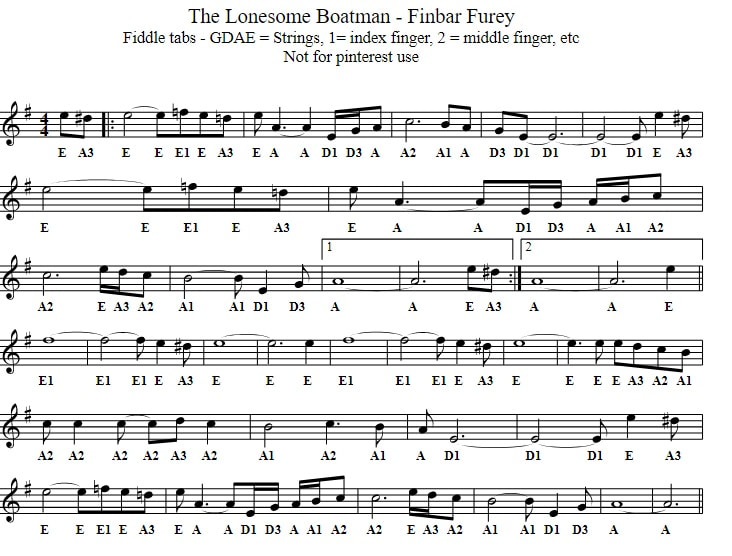 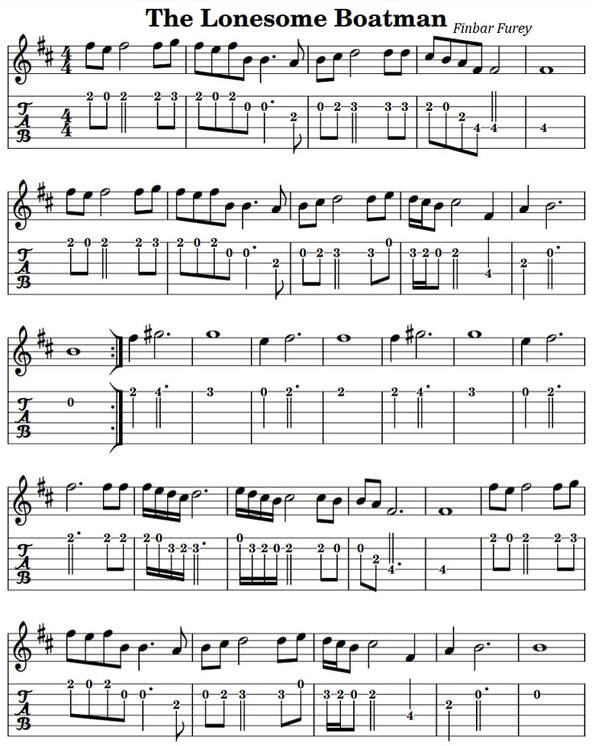