Here's the complete list of all the songs about Belfast Co. Antrim Ireland. The songs are in the folk, ballad tradition and some were written up to 100 years ago. The lyrics of each of the songs are included with guitar chords.
Not every song that happens to have the name ''Belfast'' within the song's lyrics will be included. For example the song We're On The One Road just happens to mention the city of Belfast but the song isn't set in or about Belfast.
​A lot of these songs, being about Belfast are of the ''Rebel'' variety and were written during the troubles in Ireland.
I'll Tell Me Ma is basically a song about a pretty teenage girl with every young fella in the neighborhood fighting over her trying to win her affections. A you man named Albert Mooney wins her over in the end.
Belfast By Barnbrack is a typical Irish song about emigration and a longing to return to one's native City Of Belfast after a long absence. The person in the song has being to many places but they just don't come close to  black mountain or Cave Hill. So he / she heads back to greet their friends and family.
Bells Over Belfast is a Christmas song with the narrator long for peace between two communities in Belfast. The song begins with the birth of Jesus who ''Set Our Hearts Aglow'' and how we should embrace the love that only comes from The Lord.
Belfast Mill Is a folk song about the textile mills that the City Of Belfast is famous for and the closure of most of the wool and linen mills. It's a bleak song that talks about unemployment and hardship after working a lifetime spinning cotton.
In Belfast by The Wolfe Tones is a song dealing with aspects of the troubles and not even trusting your neighbor out of fear. The songwriter, Brian Warfield goes on to say how Ireland has being divided over religion for generations and if the two communities came together Ireland would be a better place.
The Boys Of Belfast Is about men growing up in Belfast, fighting, going to dances, drinking too much beer and generally having a good time. Just like young men anywhere.
Bobby Sands From Belfast is one of a handful of songs here about Bobby Sands. This one deals with remembering all who died on hunger strike.
My Belfast Love This love song is about a fella who gets infatuated by a girl while walking through Ormeau Park one day. He promises her the sun moon and stars and even children, and this is just the first time he meets her . This lad surly has it bad.
The Shipyard Slips . This song is about a man who worked for Harland & Wolff for many's the year, but now finds himself on the dole. So like millions of Irish people before him he emigrates to some distant land and promises he'll return again some day.
Tom Williams Is about an I.R.A. Man who went to the gallows at eighteen years old in 1942.
The Last House In Our Street Is about living in a run down area of Belfast where all the house are boarded up with concrete blocks except yours. Written by singer / songwriter Colum Sands.
The Crockery Ware . What a strange name for a song. It begins with a young man asking his girlfriend could he sleep with her one night and ends up with him paying through the nose for some old cups and plates. I suppose if we're to learn anything from this song it's to go easy on the pints in the pub.
Over The Wall , yes you guessed it ! It's about a prison escape from Crumlin Road Jail as two teams played a football match against each other, unbeknown to the prison guards, who were watching the match nine other prisoners jumped over the wall.
Big Bank Job . This isn't your average bank robbery where thieves take a couple of sacks of money and live the high-life drinking Sambuca and Tequila shots in Spain. No the hoist netted the gang  £26.5 million. In fact it was so large amount of money that the Northern Bank changed the emblem and started the process of withdrawn the currency. 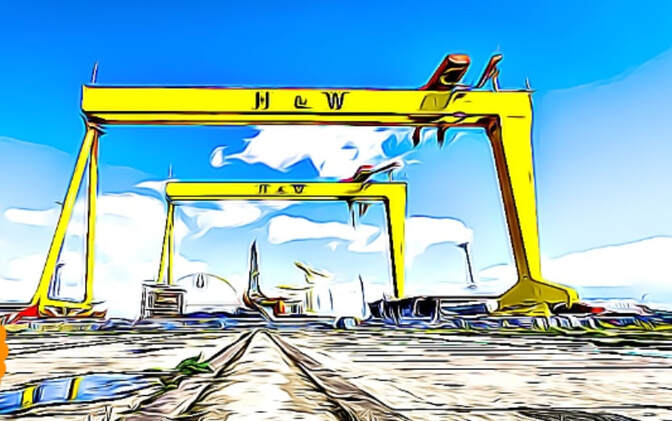 Joe McDonnell is a ballad / rebel song about a member of the I.R.A. who went on hunger strike around the same time as Bobby Sands. Ten hunger strikers in total died at that time during the troubles.
The Wind Is Singing Freedom Is a song by singer / songwriter Tommy Makem about the feeling the singer has regarding peace coming to Belfast and how the people are demanding an end to misery and tears. The Sand's family sang the song.

The Men Behind The Wire is another song born out of the troubles and the introduction of internment. The song was released by ballad group the Barleycorn who formed as a group in 71'  , around the same time as the troubles began.
The Titanic about the most famous ship in the world, born in Belfast in 1912. The song describes a feeling of pride for the people of Belfast as photos. of the launch spread throughout the world. That feeling of pride and accomplishment was short lived.
Protestant Men records the efforts made by men of the Protestant faith who gave their lives for their country over the years.

My Lagan Softly Flowing went to the top of the charts for local group Bakerloo . It's a kind of love song about The River Lagan as she flows her way through village and townlands to eventually finding rest in the salty waters at Belfast.
The Black Velvet Band describes what happens to a young fella who was an apprentice working away and quiet happy with his life but then falls in love. Well, his girl friend decides to go abroad and the young love struck fella gives chase only to find himself before a judge and jury accused of stealing a gold watch. The young one was what we call ''Light Fingered'' , but sure when your young and in love you don't notice the flaws. That's why they say ''Love Is Blind''.
Down By The Lagan Side by singer / songwriter Tommy Sands about falling in love on the banks of the River Lagan.

Steal Away by Phil Coulter tells of two young people growing up in Belfast and running away from all the doom and gloom that hung over the Cith for so long. 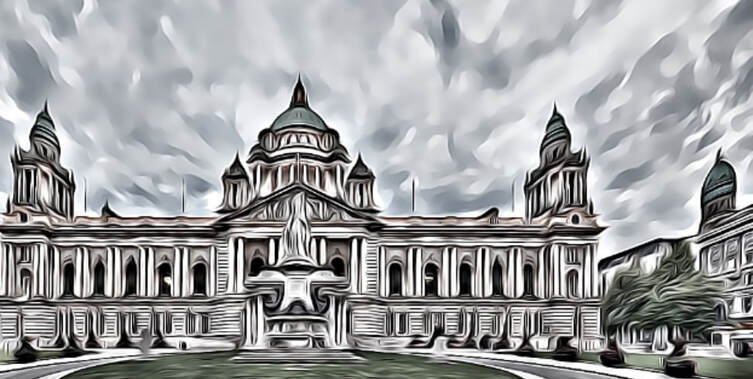 There's Got To Be An End is yet another folk song calling for an end to the suffering and pain that the people of Belfast endured for way too long.

The Belfast Brigade is a rebel song that Christy Moore used to sing.
Let The Hare Sit is an uptempo songs about growing up around Grovenenor Road in Belfast. The song is sung at a break-neck speed with a strumming beat akin to U2 songs.
Rambling Boys Of Pleasure and sure with a title like that there's got to be only one thing on this songwriter's mind, yes you guessed it ''DRINK'' and a wee lassie for company. By Andy Irvine and Mick Hanly.

No Time For Love by ballad singer Christy Moore and deals with internment.

When The Boys Come Rolling Home is another from the pen of Tommy Sands which The The Dubliner's covered and made it a ''Dublin'' song by changing the name Belfast to Dublin.