The Dying Rebel Lyrics And Chords

The Dying Rebel Irish Folk Song Lyrics  And Easy Guitar Chords. A traditional Irish rebel song. The chords in the youtube video are the same as what's in the lyrics.The tenor banjo chords are included in D. This one is also known as My Only Son Was Shot In Dublin.It's been around since the 1960s at least. Included are the tin whistle notes. Guitar chords in ChordPro format.
The[D] night was dark and the[G] fight was[D] over,
The[D] moon shone[G] down O'Connell[D] Street,
I[G] stood alo[D]ne,where[G] brave men[D] perished,
Those[D] men have[A] gone,their[G] God to[D] meet.
[Chorus]
My only son was shot in Dublin,
Fighting for his country bold,
He fought for Ireland,and Ireland only,
The harp the shamrock,green white and gold,
[2]
The first I met was a grey haired father,
Searching for his only son,
I said old man,sure it's no use searching,
For up to heaven,your son has gone.
[3]
The old man cried out broken hearted,
Bending low I heard him say,
I knew my son was too kind hearted,
I knew my son would never yield.
[4]
The last I met was a dying rebel,
Kneeling or I heard him say,
God bless my home,in dear Cork City,
God bless the cause for which I die. 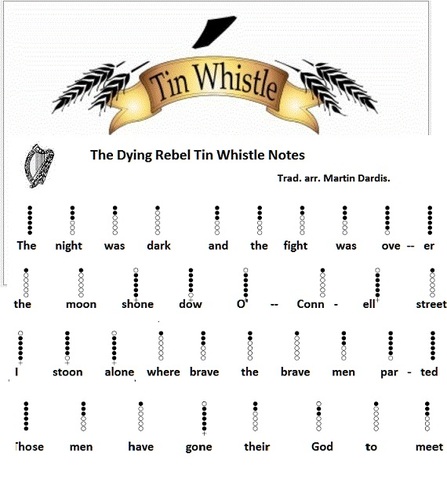 The Dying Rebel Tin Whistle Notes
Here's the letter notes for ''The Dying Rebel'' for all you recorder players who don't play the tin whistle. The lower case letters are the high notes.
D G A B|  G G A G E D|
B B d e d| B d B
d e d B G A B G ED
D G B d A c B G
OUR DUBLIN TOWN
Lyrics by R.F. HAMRE
This song tells a story, as told from the perspective of a "left-behind" woman during the 1916 rising.

I know he loved me, he had often told me so.
I was the one, and he promised me,
That we would marry, once the Rising ran it’s course,
And we would live in a land that’s free.
On the day he died, I had feelings of such despair.
He had been shot, somehow I knew.
My heart was broken for I’d never marry him.
He had been struck, as the bullets flew.

So I went to find him, for I had to see my love,
Just to be near, this dear man of mine.
I found him lying, as the breath was leaving him.
Gently I said, “Darling, wait for me.“
On the day he died, my poor heart, was torn to shreds.
The wound cut deep, deep within my soul.
He had been fighting, for the birth of Ireland,
But my love was killed, in our Dublin town.

These days I wander, down the streets of cobblestone.
And I see walls, shattered and forlorn.
They have been broken, like my sweetest darling,
Never to be, like they were before.
So I pray each night asking God, please call me home,
So I can be, with my truest love.
God knows I miss him, and I long to be with him,
Rather than walk, through our Dublin town. 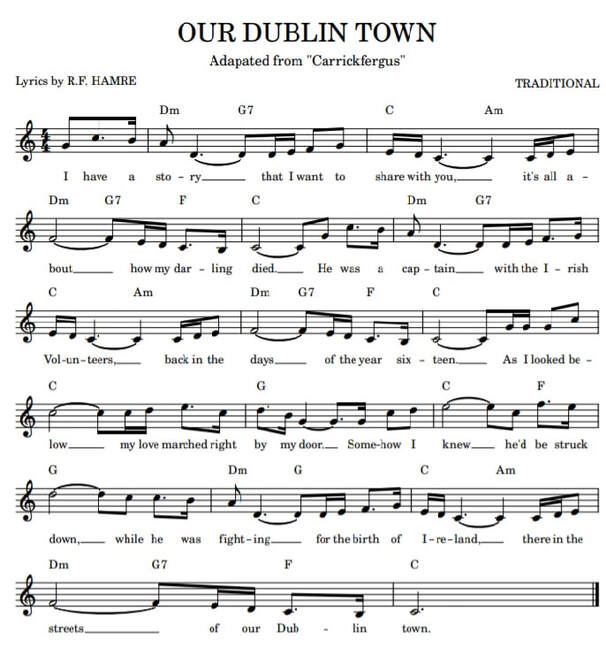 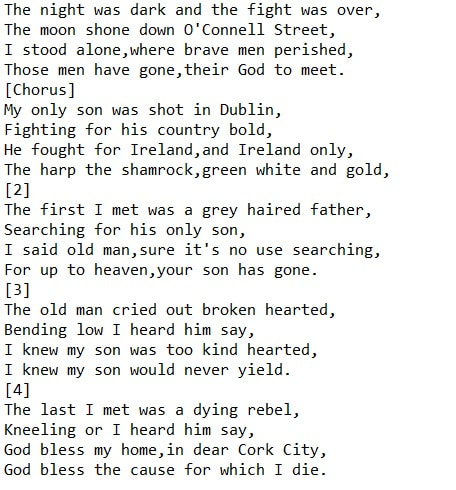 The dying rebel lyrics
Comdt. Eamonn Ceannt, officer commanding the fourth battalion of the volunteers lived with his wife at Dolphins Barn, Dublin 8.  Many important meetings of the army council were held in his house. On the first week in February 1916, Ceannt, Tom Clarke, James Connolly, Seán MacDiarmada and Padraic Pearse met and formed the military Council. There in his home, although two of the leaders were absent, Thomas McDonagh and Joe Plunkett, they made final plans for the rising.
The rising was to take place on Easter Sunday which the leaders  believed would bring little attention or suspicion from the British authorities because they were used to seeing the volunteers parading on Sunday's . The failure by Roger Casements  mission to land the arms for the rising was a major set back to the plans,  20,000 rifles, a million rounds of ammunition and machine guns were badly needed by the volunteers to fight with any chance of success, it meant total disaster. Casement was caught at Banna Strand, Co. Kerry, landing from a submarine.  The German ship, The Aud, was scuttled by its captain to prevent the arms falling into English hands while being escorted to Cork Harbour.
The loss was a great blow so Eoin McNeill called off the rising. The other leaders, Connolly and Pearse from the IRB held a meeting in Liberty Hall and it was said when they heard the news that the rising was called off, it was said when they were not cursing, they were crying, and when they were not crying they were cursing. They decided to continue on with the plans and sent out messages to volunteer units countermanding the notices in the Papers and calling on all to attend with their units on Monday. There was a lot of confusion so only a small percentage of the force turned out, just a little over 1000 (it swelled later to just over 2000) as a result all the units were under manned.  It was Seán MacDiarmada's part with the 4th to take and hold the position at the South Dublin Union, he had just 60 men when he needed at least 1000 to hold that position.
Cathal Brugha fought with this unit and  became one of the most celebrated fighters in the Rising. He fought in one of Buildings in the South Dublin  Union. He was very badly wounded during the fight, 25 bullets and fragments were taken from his body. He held off English forces single-handedly and defended the building successfully.  Just one soldier against a regiment with his back to the wall, he taunted the British to come and get him and continually sang God Save Ireland.  God must have heard him and been on his side because he survived and it was said when he rode his bicycle around Dublin , you could hear his body rattling before you saw him.
Tom Clarke told his wife Kathleen that the part by Eoin McNeill in calling off the rising should never be forgiven or forgotten. McNeill heard of the rising and it was said he went home to put on his uniform but never took a position so many sarcastically said that he couldn't make up his mind to fight with it on or with it off.

Brian Warfield. Wolf Tones, October 2015
It's about a parent grieving for their only song who was killed in action. I learned this one from my grandmother way back in the 1960's. I think it was Sean Dunphy who had the first recording out, although I could be wrong about this. There's a little video I made to help out while learning the tune.

​The song was also recorded by Kathleen Largy, The Wolfe Tones, Shebeen, Patsy Watchorn who played with The Dublin City Ramblers and later with The Dubliners. Derek Warfield and The Young Wolfe Tones, Terry O'Neill, Donegal singer Margo, Athenry, The Irish Brigade, Hugo Duncan to name just a few who recorded this sad Irish ​patriotic song. 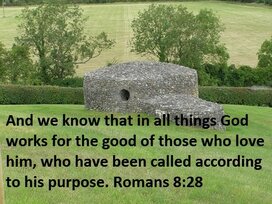