The Ballad Of Roger Casement. Recorded by The Wolfe Tones. Unknown songwriter. Can someone let me know who wrote this powerful song about Roger Casement. the last verse was written in 1965 by Derek Warfield of The Wolfe Tones. The song words state that Good Friday was in the month of May, in fact Good Friday in 1916 was on the 21st of April. The song was also recorded by Damien Dempsey and by The Grehan Sisters who used some different lyrics that the 'tones version. The Grehan Sisters who played banjo and guitar also sang The Orange And The Green song which Patsy Watchorn also covered. Included also is the tenor guitar / mandola tab.

But no answering signal did come

"No signal answers from the shore",

"No comrades here to meet me,

Alas, they must be dead,

But I must do my duty

And at once I mean to land",

So in a small boat rowed ashore

On the lovely Banna Strand.

Now the R.I.C. were hunting

For Sir Roger high and low,

They found him in McKenna's fort;

I came to my native land,

I mean to free my countrymen

On the lonely Banna Strand.

And sailed for London town,

And in the Tower they laid him,

A traitor to the Crown;

But his trial he had to stand,

To the lonely Banna Strand.

'Twas in an English prison

That they led him to his death,

"I'm dying for my country"

He said with his last breath,

They buried him in British soil

Far from his native land,

And the wild waves sing his requiem

On the lonely Banna Strand.

And with his comrades of '16

In peace and tranquil lies,

His last fond wish, it is fulfilled

For to lie in his native land,

And the waves will roll in peace again 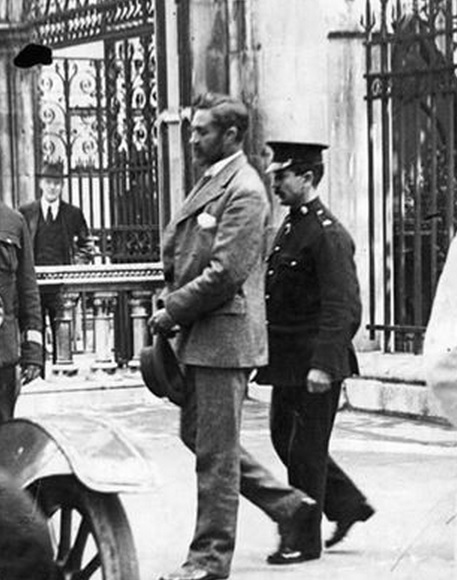 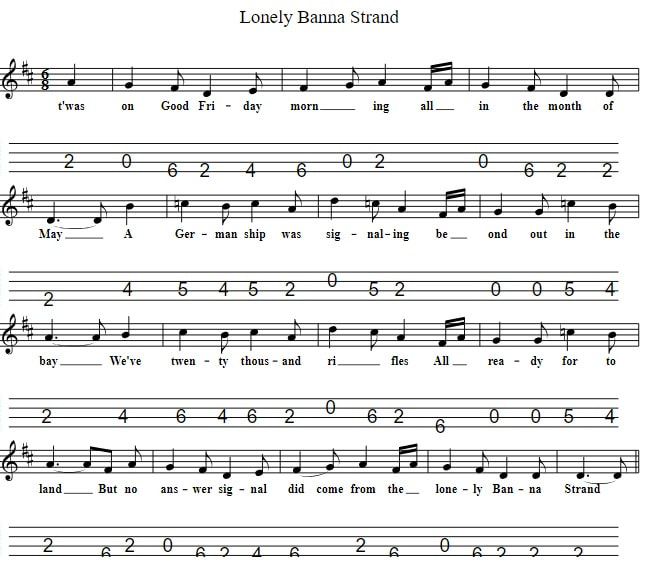