MY LAST FAREWELL Lyrics And Chords

My Last Farewell / Dearest Mother. A song from the time of the Easter Rising 1916. The guitar chords in chordpro are in G Major, 4/4 music timing. written by songwriters  Sean and Frank O’Meara. To play along with Barleycorn use capo on 2nd fret on guitar.This song  was written by the same men who wrote that famous song ''Grace'' about Joseph Mary Plunkett. This one is based upon the last letter Padraic Pearse sent to his mother before meeting his executioner. It was also recorded by Saoirse & sang by Pádraig Mór .

Chorus
So say goodbye to Margaret, Mary Bridget and Michál
I have no words to tell you how much I’ll miss you all
And though I may not show it you know I’ve loved you well
So in my final letter I will bid my last farewell 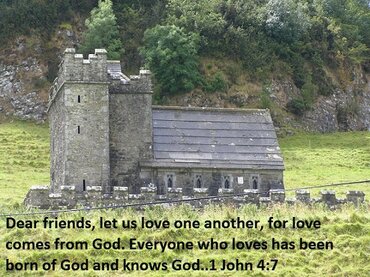 Below is the list of songs that are in the ebooks. This is the largest collection of tin whistle sheet music songs ever put together.[About 800 songs ]
All of the songs have been made as easy to play as was possible.
​The price of this ebook is €7.50 and it will be emailed to you after payment.
​My Last Farewell sheet music included.
In the song Padraic Pearse mentions his brother Willie who was executed the following day 4th May 1916. Padraic never knew when writing that his brother was to be sentenced to death. Willie was killed simply because his name was Pearse. Willie was a sculpture by profession and was more involved in the running of St.Enda's School Rathfarnham Dublin which was founded by his brother Padraic that he was in the Irish volunteers.

A beautiful song, well written by two of Ireland's finest songwriters. The guitar chords are by Marc Fahrbach. Well done Marc this is one I'm going to learn myself. A special mention must also go the the singer Derek McCormack from The Barleycorn who is no longer with us. Derek was one of the finest Ballad singers Ireland ever produced.
More songs dealing with the Easter Rising
DEAR MOTHER’S SON
Lyrics by R.F. HAMRE

(The melody for this song is adapted from the traditional, “Lakes of Pontchartrain”.)The song capture the mood of the first three signatories to be executed, as seen from the eyes of Seán MacDiarmada, thought to be the last of those killed at Kilmainham.

In time I saw what I feared I’d see, Tom Clarke was the next to go.
My friend was older, yet stepped so lively, across that courtyard below.
They aimed their rifles and pulled their triggers, till all their bullets were done.
He was a man with a martyr’s plan, and he was his dear mother’s son.

Then Tom MacDonagh was taken away, to the place where the others had died.
And as he stood there I saw young soldiers brush back tiny tears from their eyes.
They aimed their rifles and pulled their triggers, till all their bullets were done.
He was a man with a martyr’s plan and he was his dear mother’s son.

And now I wait, my time will come, but for Hoey I’d fight again.
I’d fight for each man who died that morning, those brave, patriotic, dear men.
Each one heroic, each one stood stoic, till all the bullets were done.
Each was a man with a martyr’s plan, and each one his dear mothers son.