The Station Of Knocklong Lyrics And Guitar Chords

chords fit the version by Johnny Donegan. Knocklong train station is on the Cork to Dublin line close to Limerick Junction. Knocklong however small a village it is played a role in modern Irish history. It is most famous for the rescue of Sean Hogan with took place at the railway station in Knocklong during the War of Independence on May 13, 1919. Seán Treacy [ lyrics ] and Séamus Robinson were joined by five men from IRA East Limerick Brigade in order to organise Hogan's rescue. Hogan was being transported by train to Cork on 13 May 1919, and the men, lead by Treacy, boarded the train in Knocklong. A close-range shoot-out followed on the train. Treacy and Breen were seriously wounded in the gun fight, two policemen died, but Hogan was rescued. He was spirited away to Knocklong village where his handcuffs were cleaved by Séan Lynch, one of the rescuers, in the local butcher's shop. However that train station has since been removed. Info courtesy of http://en.wikipedia.org/wiki/Knocklong The guitar chords are by Marc Fahrbach, timing 6/8 . This is one of the very few Irish folk or rebel song where the song is sang in ''Country Style' tempo.

The Station Of Knocklong Song Words And Guitar Chords

Now, (D)rise up Mother (G)Erin
And (A)always (G)be of (D)cheer.
You’ll (G)never (D)die while (F#m)at your (Bm)side
There (D)stand such (Bm)Volun(G)teers.
From (G)Dingle (D)Bay to (F#m)Garryo(Bm)wen
The (D)cheers will (Bm)echo (G)long.
Of the (D)rescue of Sean (G)Hogan
At the (A)station (G)of Knock(D)long.
Edmond Foley and Patrick Maher were executed on the 7th of May 1921 for their part
in springing volunteer Sean Hogan at Knocklong station while the train was heading for Cork prison.
Sean Hogan had been arrested in the area a few days earlier and was only 17 years old. He was one of the four involved in the Soloheadbeg ambush during the war for independence.
Dan Breen [ lyrics ] and Sean Tracy gave the order to rescue Hogan.
Five volunteers from The Galtee Brigade joined the operation, Edmond Foley was one of them.
When the train reached Knocklong Station Hogan was being guarded by four policemen.
Fighting broke out between the volunteers and the policemen and a policeman was killed.
Sean Foley's parents were visited by the Crown Forces the next day, he wasn't there but later gave a statement and then went on the run. 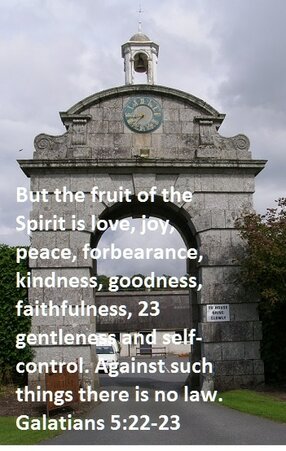 Chords In The Key Of G

The news has spread through Ireland
And spread from shore to shore,
Of such a deed no living man
Has ever heard before.
From out a guarded carriage mid
A panic stricken throng,
Sean Hogan he was rescued
At the station of Knocklong.

When a guard of four policemen
Had their prisoner minded well,
As the fatal train sped oer the rails
Conveying him to his cell.
The prisoner then could scarce foretell,
Of hearts both brave and strong.
That were planning for his rescue
At the station of Knocklong.

The shades of eve were falling fast
When the train at last drew in.
It was halted for an hour or so
By a few courageous men.
They sprang into the carriage and
It did not take them long.
Hands up or die, was the rebel cry
At the station of Knocklong.

Now King George’s pampered hirelings
They shrivelled up with fear,
And thought of how they placed in cells
Full many a Volunteer.
Now, face to face with armed men
To escape how they did long.
But two of them met with traitors’ deaths
At the station of Knocklong.

From Sologhead to Limerick
Such deeds as these were seen,
And devil a tear was ever shed
For Wallace of Roskeen.
They did old Englands dirty work
And did that work too long.
But the renegades were numbered up
At the station of Knocklong.

Now, rise up Mother Erin
And always be of cheer.
You’ll never die while at your side
There stand such Volunteers.
From Dingle Bay [ lyrics ] to Garryowen
The cheers will echo long.
Of the rescue of Sean Hogan
At the station of Knocklong.