The Plains Of Kildare Guitar Chords And Lyrics

A traditional song from the 18th century about a horse race near The Curragh Of Kildare.  The video is by Andy Irvine And Paul Brady from 1977. The lads play mostly lead notes which is a pretty hard thing to do while singing at the same time. Also recorded by Daniel O'Donnell. I'm not sure what key they are even playing in, the chords I've given are the basic three chord job.The West Coast Of Clare song is just another of a heap of ballads here by Andy Irvine. Andy's some man for the unusual folk songs. You'd never hear him singing a ''Tourist'' song if his life depended on it. 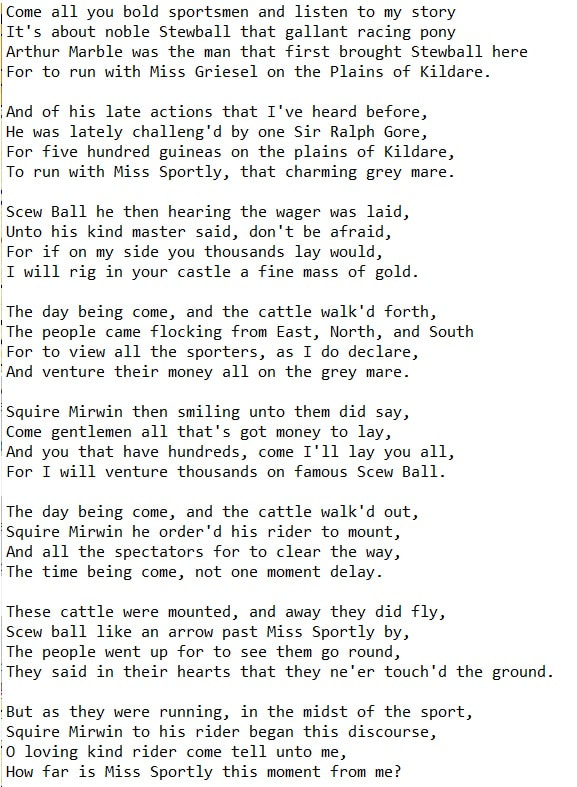 
And of his late actions that I've heard before,
He was lately challeng'd by one Sir Ralph Gore,
For five hundred guineas on the plains of Kildare,
To run with Miss Sportly, that charming grey mare.


Scew Ball he then hearing the wager was laid,
Unto his kind master said, don't be afraid,
For if on my side you thousands lay would,
I will rig in your castle a fine mass of gold.


The day being come, and the cattle walk'd forth,
The people came flocking from East, North, and South
For to view all the sporters, as I do declare,
And venture their money all on the grey mare.


Squire Mirwin then smiling unto them did say,
Come gentlemen all that's got money to lay,
And you that have hundreds, come I'll lay you all,
For I will venture thousands on famous Scew Ball.


The day being come, and the cattle walk'd out,
Squire Mirwin he order'd his rider to mount,
And all the spectators for to clear the way,
The time being come, not one moment delay.


These cattle were mounted, and away they did fly,
Scew ball like an arrow past Miss Sportly by,
The people went up for to see them go round,
They said in their hearts that they ne'er touch'd the ground.


But as they were running, in the midst of the sport,
Squire Mirwin to his rider began this discourse,
O loving kind rider come tell unto me,
How far is Miss Sportly this moment from me?


O loving kind master you bear a great stile,
The grey mare's behind me a long English mile,
If the saddle maintains, I'll warrant you there,
You ne'er will be beat on the plains of Kildare


But as they were running by the distance chair,
The gentlemen cry'd out, Scew Ball never fear,
Altho' in this country thou was ne'er seen before,
Thou has beaten Miss Sportly, and broke Sir Ralph 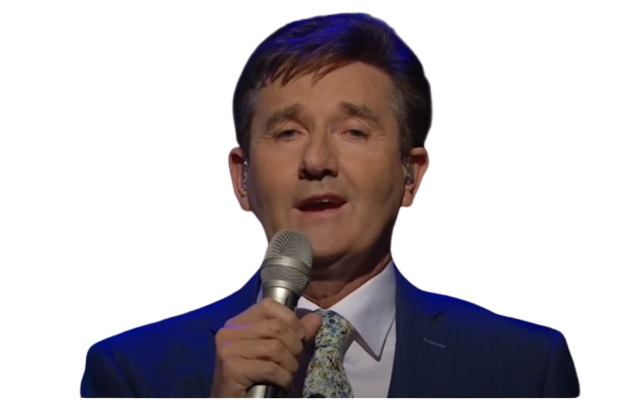