The Old Woman From Wexford lyrics and guitar chords

A traditional song recorded by Patsy Watchorn from The Dublin City Ramblers and by The Clancys and Tommy Makem. Also recorded by The Dubliners with Ronnie Drew on vocals. The youtube video is of The Dubliners.
[C]There was an old woman from Wexford
In Wexford[G7] town did [C]dwell
She loved her[F] husband dearly
But a[G]nother man twice as[F] well
Chorus:
With me[C] right fol lid-der-al ar-yl
And me right fol [G7]low-rel[C] lee

One day she went to the doctor
Some medicine for to find
Saying "Doctor give me something
That'll make me ould man blind"
"Oh, feed him eggs and marrow bones
And make him sup them all
And it won't be so very long after
That'll he won't see you at all"
So she fed him eggs and marrow bones
And made him sup them all
And it wasn't so very long after
That'll he couldn't see the wall
"O," says he "I'd go and drown meself
But that might be a sin"
"Well," says she "I'll go along with you
And I'll help to push you in"
The old woman she went back a bit
To get a running go
The old man blithely stepped aside
And she went in below
Oh, how loudly did she roar
And how loudly did she bawl
"Arrah hould yer whisht ould woman," says he
"Sure I can't see you at all"
She swam and swam and swam and swam
'Till she came to the further brim
The old man got a long, larch pole
And he pushed her further in
O eggs are eggs and marrow bones
Will make your old man blind
But if you want to drown him
You must creep up close behind. 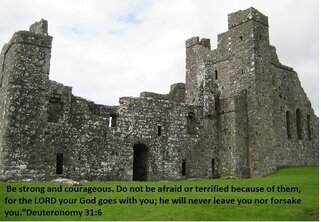 The Dubliners play this song in the key of A Major. [ Ronnie Drew Version ]