The Limerick Rake Lyrics, Guitar Chords, Tin Whistle Sheet Music And Mandolin Tab. This old ballad was written in the 1890s. Traditional, Recorded By The Dubliners, The Pogues and Christy Moore with Planxty. The singer is in the youtube video is Shane MacGowan. Irish folk song. The sheet music is included. The music timing is 6/8 with the guitar chords in Am and in chordpro format.
[Am]I am a young fellow that's easy and bold,
In [G]Castletown Conners I'm very well known;
In [Am]Newcastle West I spent many a note
With[G] Kitty [ song lyrics ] and Molly and[Am] Mary.
My [Am]parents rebuked me for [G]being such a rake
And [Am]spending my time in such [G]frolicsome ways,
But [Am]I ne've could forget the good nature of Jane,
Agus[G] fagaimid siud mar [Am]ata se.

My parents, they reared me to shake and to sow,
To plough and to harrow, to reap and to mow;
But my heart was too airy to drop it so low,
I set out on a high speculation.

On paper and parchment they taught me to write
And in Euclid and grammar they opened my eyes,
But in multiplication, in truth, I was bright,
Agus fagaimid siud mar ata se.

To quarrel for riches I ne'er was inclined,
For the greatest of misers must leave them behind;
I'll purchase a cow that will never run dry
And I'll milk her by twisting her horn.

John Damer of Shronel had plenty of gold
And Devonshire's treasure was twenty times more,
But he's laid on his back among nettles and stones,
Agus fagaimid siud mar ata se.

If I chance for to go to the market at Croom,
With a cock in my hat and my pipes in full tune,
I am welcome at once and brought up to a room
Where Bacchus is sporting with Venus.

There's Peggy and Jane from the town of Bruree,
And Biddy from Bruff and we all on the spree,
Such a combing of locks as there was about me,
Agus fagaimid siud mar ata se.

There's some say I'm foolish, there's more say I'm wise,
For love of the women I'm sure 'tis no crime;
For the son of King David had ten hundred wives
And his wisdom is highly recorded.

I'll till a good garden and live at my ease
And the women and children can partake of the same,
If there's war in the cabin, themselves are to blame,
Agus fagaimid siud mar ata se.

And now for the future I mean to be wise,
And I'll send for the women that treated me kind;
And I'll marry them all on the morrow, by and by
If the clergy agree to the bargain.

And when I'm on my back and my soul is at peace
The women will crowd for to cry at my wake,
And their sons and their daughters will utter their prayers
To the Lord for the sake of their father.

The Limerick Rake chords in the key of G 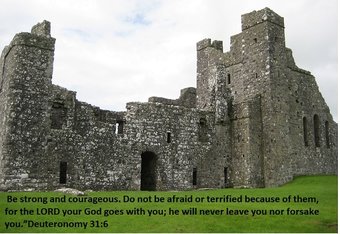