The Lark In The Morning Irish Song Lyrics and chords

The Lark In The Morning Folk Song Lyrics And Easy Guitar Chords. The tin whistle sheet music along with the 5 string banjo chords is included. Recorded by The Dubliners [ lyrics ] and that's who's in the youtube video., The Johnstones who to many people's ears sang the finest version of The Curragh Of Kildare song, Maddy Prior, Steeleye Span & Martin Carthy, and Fairport Convention. I have included the guitar chords in chordpro in a few different versions including the key of The Dubliners version. An Irish traditional folk song. Also included is the sheet music notes in solfege format in the key of D Major, plus The lark in the morning guitar tab in CGDA. The sheet music can be played on a flute and accordion.
The[C] lark in the morning she a[G]rises from her[Em] nest
And she ascends[Am] all in the air with the dew[G] upon her[Am] breast
And [Am]with the pretty ploughboy she'll[G] whistle and she'll[Em] sing
And at night[Am] she'll return to her own[G] nest a[Am]gain

When his day's work is over, oh what then will he do
Perhaps then into some country wake he'll go
And with his pretty sweetheart, he'll dance and he'll sing
And at night he'll return with his love back again

Good luck unto the ploughboys wherever they may be
They will take a winsome lass for to sit upon their knee
And with a jug of beer boys, they'll whistle and they'll sing
And the ploughboy is as happy as a prince or a king 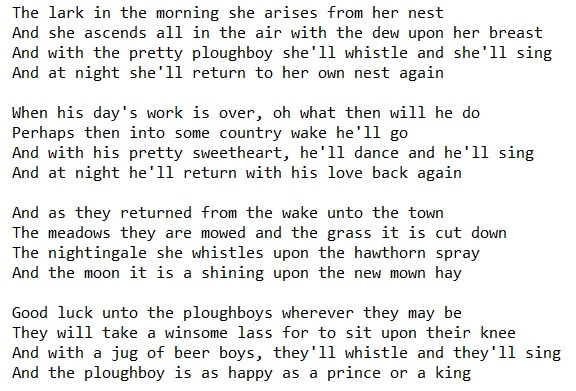 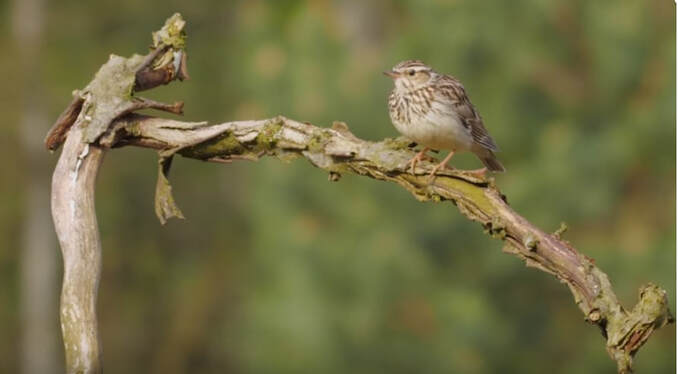 ​The lark in the morning guitar tab in CGDA 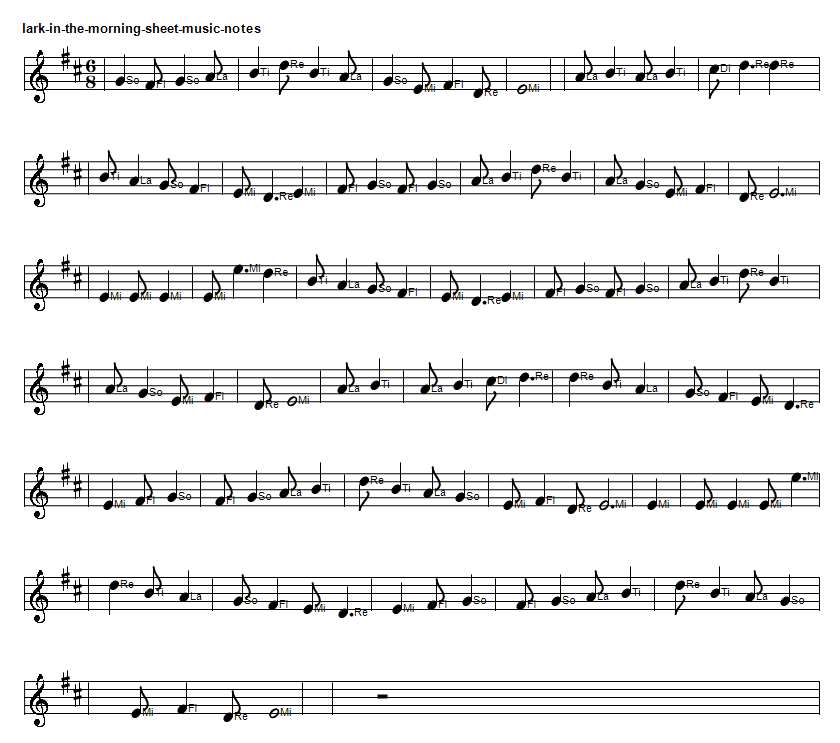 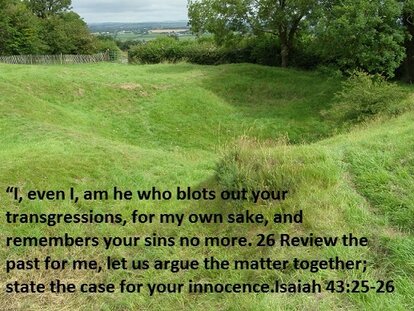 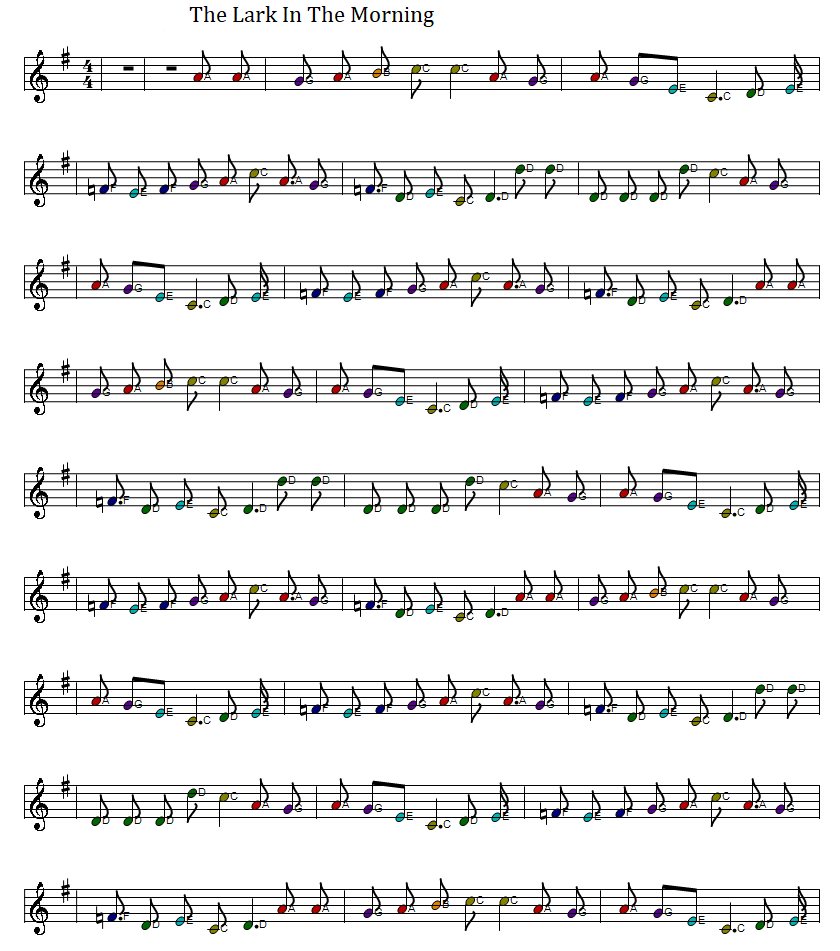 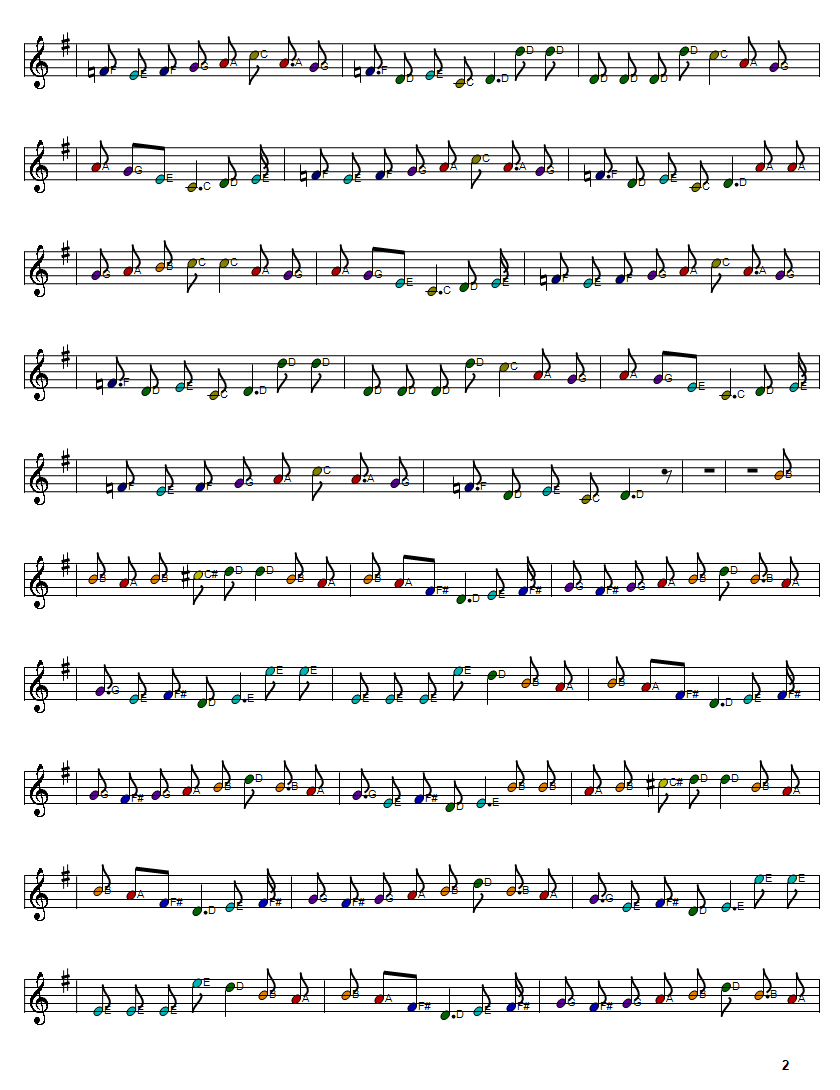 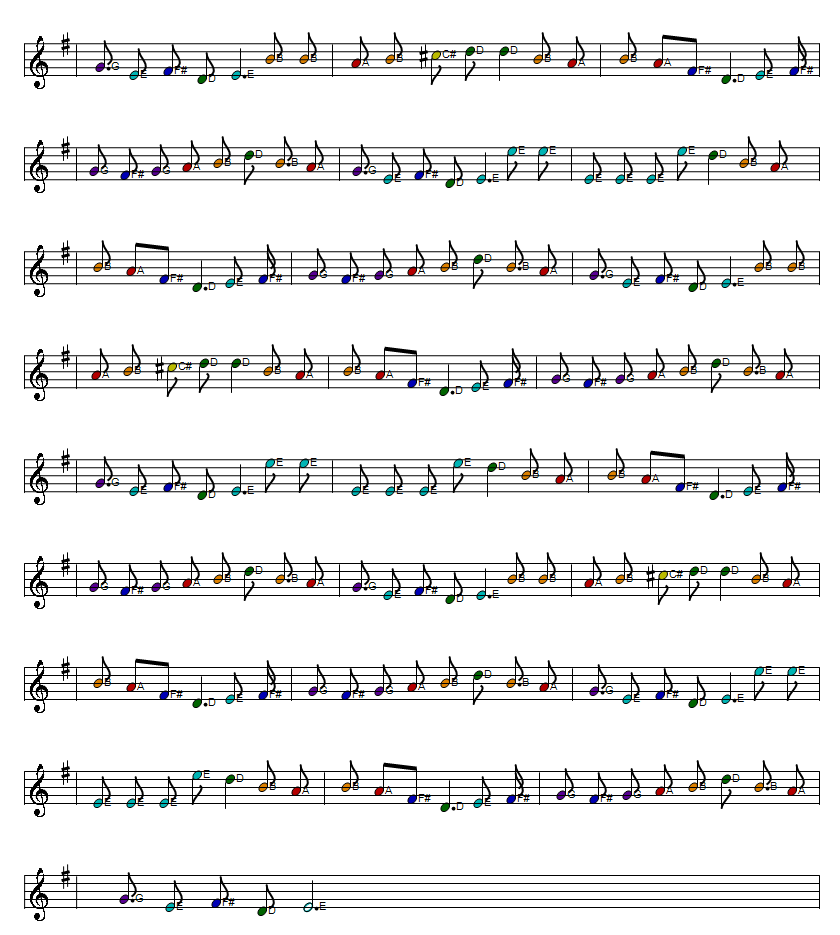