The Isle Of Innisfree Lyrics  Chords And Tin Whistle Notes

The Isle Of Innisfree Lyrics And Easy Guitar Chords Plus The Sheet piano music score is included which is suitable for flute along with The ukulele / guitar chords are set up in chordpro format.Also included are the 5 string banjo chords. Beginner piano keyboard letter notes also added.This piece of music formed the basis of the soundtrack of the movie The Quiet Man and was played constantly throughout the movie. Other songs included in the soundtrack include The Wild Colonial  Boy song and the old folk song, The Humor Is On Me Now. Written by Richard Farrelly. Foster and Allen did a great version of this beautiful song . Thanks to Gerard Farrelly for letting me display and promote his father's song here.and for the information on his father and the song. The last verse in the song isn't played by the Dublin City Ramblers for some reason and not many others have included it either, Maureen Heggarty sings it though. The song was also recorded by Celtic Woman, Daniel O'Donnell, Bing Crosby and Charlie Landsborough to name a few. The sheet music and tin whistle music letter notes are included which are suited to the tin whistle, banjo / mandolin. Although Richard Farrelly had written the song, the director of the movie John Ford gave no credit to the songwriter, but it wasn't just this song he didn't credit, it was the same with most of the songs in the film. By the way another of the popular Irish songs that featured in the movie soundtrack is Galway Bay Song .​The Isle of Innisfree tenor guitar / mandola tab in CGDA Tuning now added.
The Song Lyrics And Easy Chords In G Major

I wonder o're green hills and dreamy valleys
And find a peace no other land could know
I hear the birds make music fit for angles
And watch the rivers laughing as they flow
But dreams don't last though dreams are not forgotten
And soon I'm back to stern reality
But though they pave the foot-ways here with gold-dust
I still would choose my Isle of Innisfree.

"And then into a humble shack I wander,
My own sweet home & tenderly behold.
The folks around the turf gathered,
On bended knees, their rosary is told."

The 5 string banjo chords are included below. 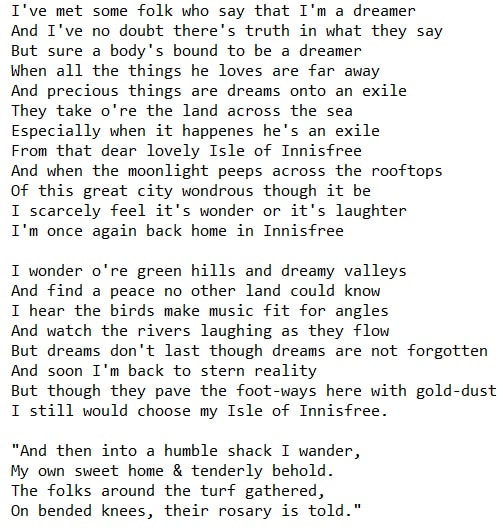 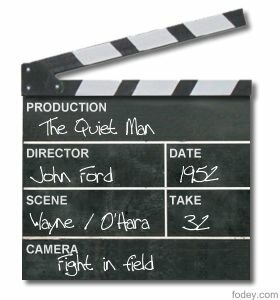 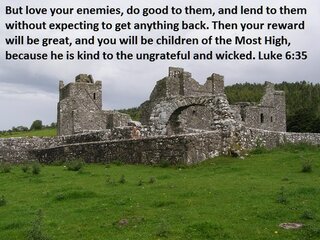 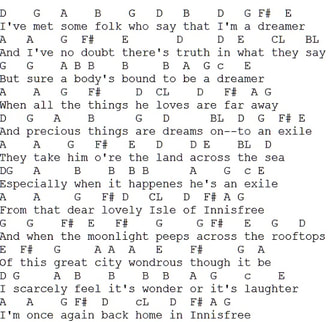 Below is the sheet music score for The Isle Of Innisfree .

The Isle Of Innisfree Tin Whistle Notes which are suitable for the flute. 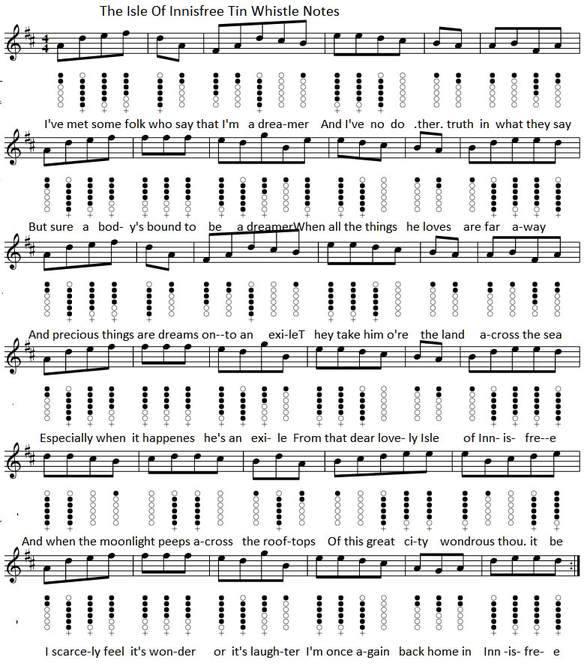 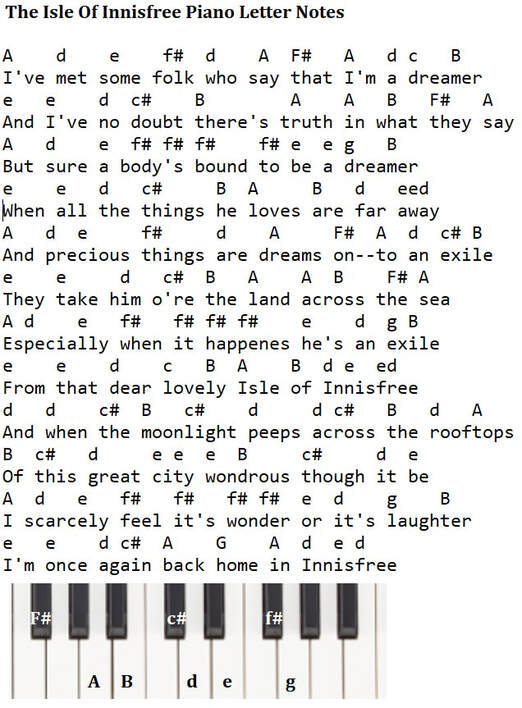