Galway Bay Irish Folk Song Lyrics And Easy Guitar Chords. The ukulele chord shapes are included. Galway bay tenor guitar / mandola tab in CGDA now added. This Irish folk song was written by Dr. Arthur Colahan [ also included is Asthoreen Bawn ] The 5 string banjo chords are included for the key of D Major. This song is hardly ever played at sessions any more, Why not ? It has a beautiful air and some lovely sentiments, I still sing it and it always goes down well,The words of this song were changed by Bing Chrosby, well just one word ''Strangers'' which was originally written as ''English'' . The song featured in the film The Quiet Man where it was sang in the pub. The youtube video is of Brian Flynn guitar teacher who strives to keep the old songs alive. Also recorded by Daniel O'Donnell, Celtic Woman, Foster And Allen, Johnny Cash. Brian uses a capo on the first fret. There's another song called ''My Own Dear Galway Bay'' which sometimes gets confused with this one and the reason is that when people are recording it they put the wrong title on the song. The guitar chords are in the chordpro style. Galway Bay Sheet Music Notes .
Galway Bay Lyrics And Guitar Easy Chords Chords In D

If[D] you ever go accross the sea to[A] Ireland,
It may be at the[A7] dawning of the[D] day,
You will sit and watch the moon rise over[Em] Claddagh,
And watch the[A7] sun go down on Galway[D] bay.
[2]
Just to hear again the ripple of the trout stream
The women in the meadow making hay,
And to sit beside the turf fire in a cabin,
And watch the bare-foot gosoons as they play,
[3]
For the breezes blowing over the sea's from Ireland,
Are perfumed by the heather as it blows,
And the women in the uplands diggin' praties,
Speak a language that strangers do not know,
[4]
For the stranger came and tried to teach us their ways,
They scorned us just for being who we are,
But they might as well go chancing after moonbeams,
Or light a penny candle from a star.
[5]
And if there is going to be a life here after,
And somehow I am sure there's going to be,
I will ask my God to let me make my heaven
In that dear land across the Irish sea.

Included below are the 5 string banjo chords.

Galway Bay chords in the key of G

If[G] you ever go accross the sea to[D] Ireland,
It may be at the[D7] dawning of the[G] day,
You will sit and watch the moon rise over[Am] Claddagh,
And watch the[D7] sun go down on Galway[G] bay. 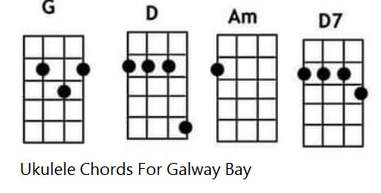 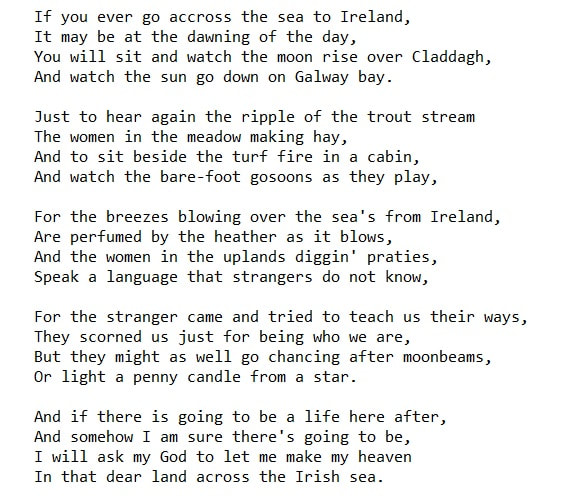 About The Song Writer Of Galway Bay
Arthur Colahan was born in Galway in 1885. He took up medicine and graduated from Queen's College, Galway in 1913. When World War broke out he enlisted in the British Army's Medical Corps and served in India. After the war, he settled in Leicester, where he worked as a psychiatrist in the police and prison services. His hobby was music and he wrote songs such as Cade Ring, Macushla Mine and the beautiful Galway Bay. He often spent his holidays in his beloved County Galway, and liked nothing better than an evening at the piano while his brothers and sisters sang Irish songs, including his own that he had written in Leicester. Galway Bay, which was written in memory of one of his brothers who drowned in the Bay, is the song of the grief of an exile and had he lived we're sure he would have objected to the version made famous by Bing Crosby, who altered the word 'English' to 'strangers.' Dr. Colahan died at his Leicester home on 9 September 1952 and his remains were removed to Galway for burial in the family grave. Even today there is still no mention of his name on the Celtic Cross that marks the grave of the man of who it was said "money didn't interest him, Glory didn't interest him. He was very gentle and very humble." This entry thanks to Max Wade-Matthews and was taken from his CD: "A Walk Through Leicester." "Galway Bay," published in 1947, was second in the USA in "The Lucky Strike Cigarettes Hit Parade Radio Show - 1935 to 1955" charts for a total of 12 weeks in 1949.
Here's more lyrics for another version of the song sent in by Garrett Taylor

Oh, it's maybe someday I'll go back to Ireland,
if my dear old wife would only pass away.
for she's nearly driven me mad with her naggin',
and she's got a mouth as big as Galway Bay

When she's drinkin' 16 pints down at Paddy Murphy's,
and the barman says,"I think it's time to go."
Well she doesn't seem to answer him in Gaelic,
but a language that the clergy does not know.

When she drinks her 16 pints of Pabst Blue Ribbon,
you know she can't walk home without a sway.
If the sea was beer instead of salty water,
I'm sure she'd live and die in Galway Bay.

On her back there is tatooed the map of Ireland,
and when she takes her bath on Saturday,
she rubs that Sunlight soap down around by Claddagh,
just to watch the suds roll down by Galway Bay.
Here's another of Arthur Colahan's songs Asthoreen Bawn which
​was recorded by Brian Coll. To play along with Brian with the youtube video use the chords here.
​[A][E][B][E]
[E]The winds that blow a[B]cross the sea from [E]Ireland
Come [A]laden with the [E]salt of Irish [B]foam
Sure I [E]never seem to hear them but they [A]whisper
Asthoreen [E]Bawn when are ye [B]coming [E]home.[B][E] 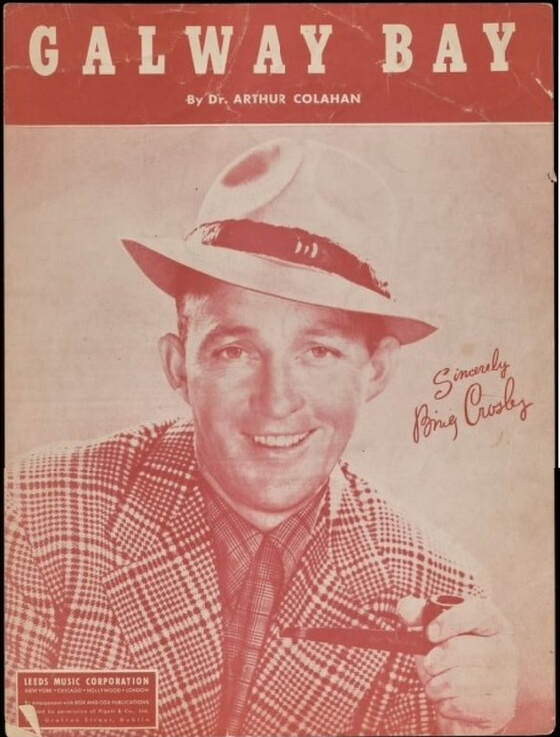 The first page of Galway Bay original sheet music by Bing Crosby
Galway Bay [Spoof] Song Lyrics from the singing of Charlie Taylor who was fairly famous in the Irish scene in the states. He sang opera professionally before he made his career in Irish folk music scene..


It may be some day I'll go back to Ireland;
sure I left it just the other day;
For I couldn't bear to stay in my dear Ireland
since the people started singing 'Galway Bay'. 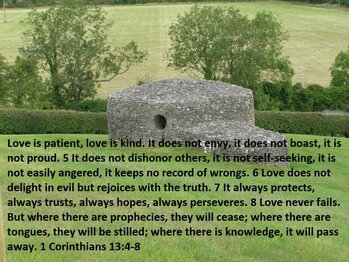 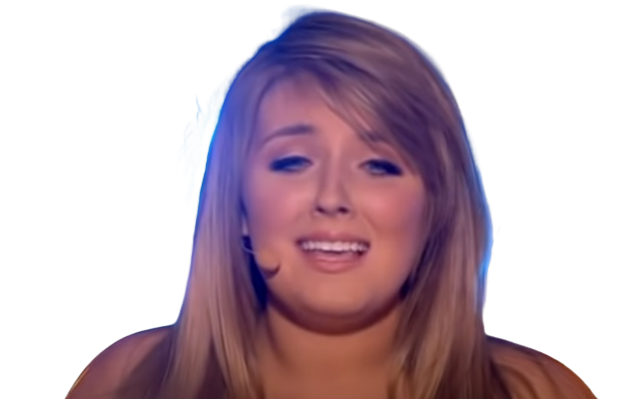