The Hills Of Glenswilly Lyrics And Chords

Written by Michael McGinley. 1878 , Michael also wrote The Drumboe Martyrs , the tune of this is the same as ,Tramps and hawkers song , and also England's Moterway. The song was recorded by Bridie Gallagher, Ryans Fancy, Theresa Rodgers and Eileen Donaghy. Bridie Gallagher's other big hit was The Boys From The Co. Armagh Song which has become a banner song for the county.
The Hills Of Glenswilly Song Words And Chords In C Major Key


Some stalwart men around me stood, each comrade loyal and true
And as I grasped each well-known hand to bid a last adieu
I said, My fellow countrymen, I hope you'll soon be free
To raise the flag more proudly oer the hills of Glenswilly

It is these cruel English laws, they curse our native isle
Must Irishmen always live like slaves or else die in exile?
There's not a man to strike a blow or to keep down tyranny
Since Lord Leitrim like a dog was shot not far from Glenswilly

No more beside the sycamore I'll hear the blackbird sing
No more to meet the blithe cuckoo to welcome back the spring
No more I'll plow your fertile fields, a chuisle geal mo chroIdhe
On foreign soil I'm doomed to toil far, far from Glenswilly 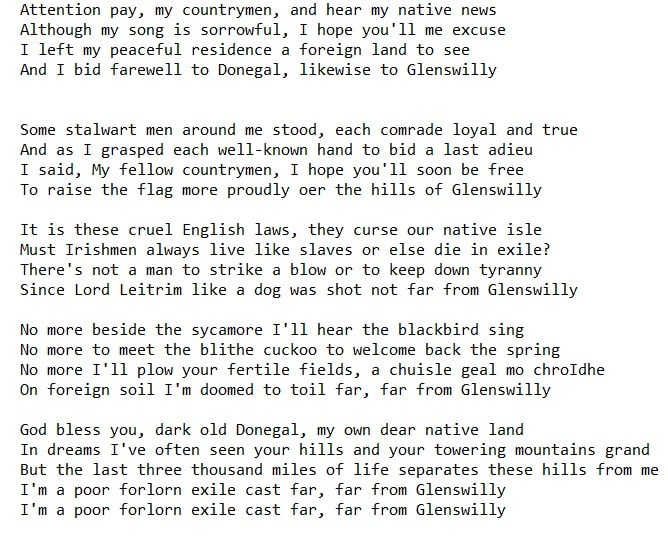 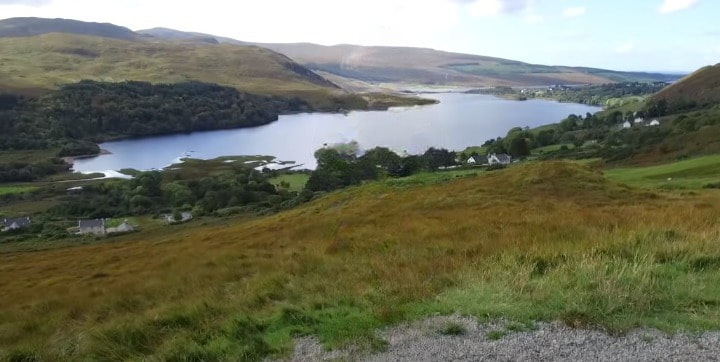 The hills of Glenswilly song