The Boys From The Co. Armagh Lyrics And Chords

The Boys From The County Armagh Song Lyrics And Easy Guitar Chords. An Irish folk song from Ulster. The music time signature is 3/4. The sheet music is included plus the mandolin / banjo tab along with the 5 string banjo chords. The Boys From The Co. Armagh song has been recorded by The Wolfe Tones, Bridie Gallagher and Brendan Shine to name a few. I have given the guitar / ukulele chords in two different sets of chords. The first is the version that I play the song in myself and the second is in the key that the Wolfe Tones sing the song in. Other songs recorded by Irish singer Bridie Gallagher include Lovely Derry On The Banks Of The Foyle Song which is about the City Of Derry. Included below is the tenor guitar / mandola tab in CGDA tuning.
[D]There's one fair county in[G] Ireland,
With[A] memories so[A7] glorious and[D] grand,
Where nature has lavished its[G] bounty,
In the[A] orchards of[A7] Erin's green[D] land,
I love it's cathedrals and[G] cities,
Once[A] founded by[A7] Patrick so[D] true,
And it bears all the heart of its[G] bosom,
The[A] ashes of[A7] Brian[D] Boro.


Ive travelled three parts of this county,
Newtown Forkhill,Crossmaglen,
And around by the gap of Mount norris,
And home by Blackwater again,
Where the girls are so fair and so hearty,
None fairer than Erin go bragh,
But where are the girls that will court you ,
Like the girls from the county Armagh.

Included below are the five string banjo chords for The Boys From The Co. Armagh. 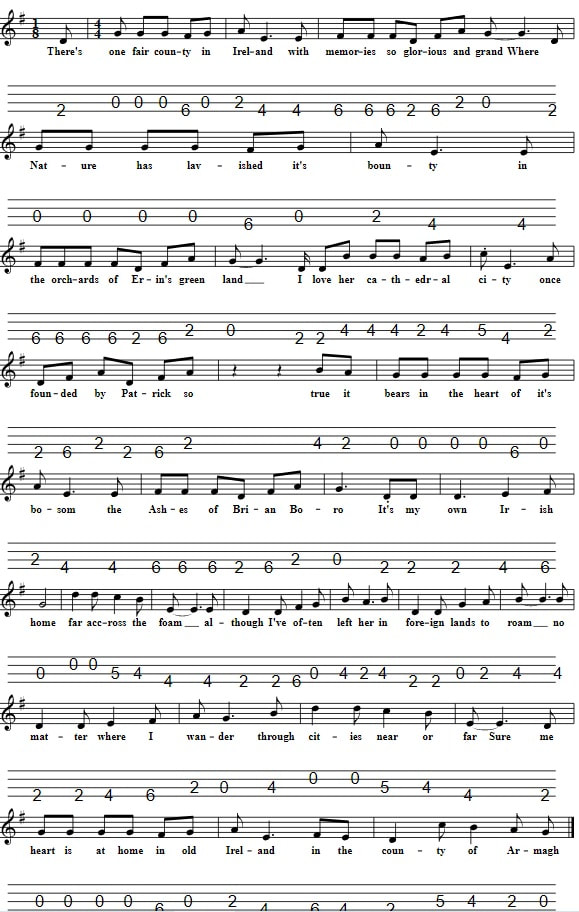 Here's the basic letter notes. The CAPITAL LETTERS are the notes up as far as the B note and the high one's are lower case letters. If playing this song on the piano then all them F notes are sharps #. The sheet music version below starts a bit higher at the G notes and is in the key of C. 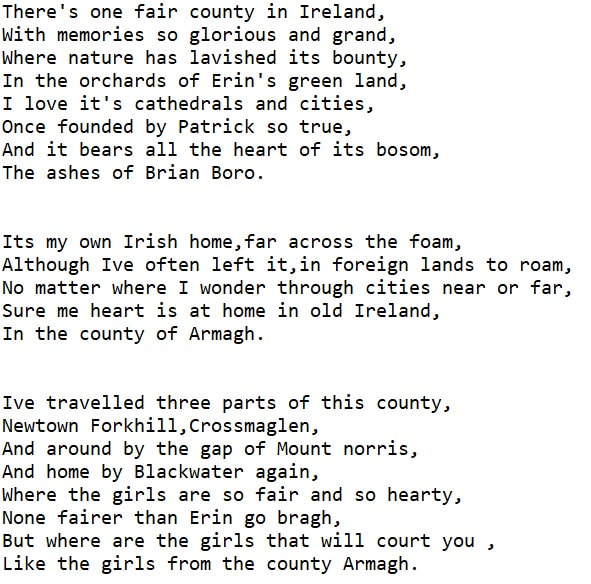 The boys from the county Armagh

The Boys From The Co. Armagh Sheet Music Notes 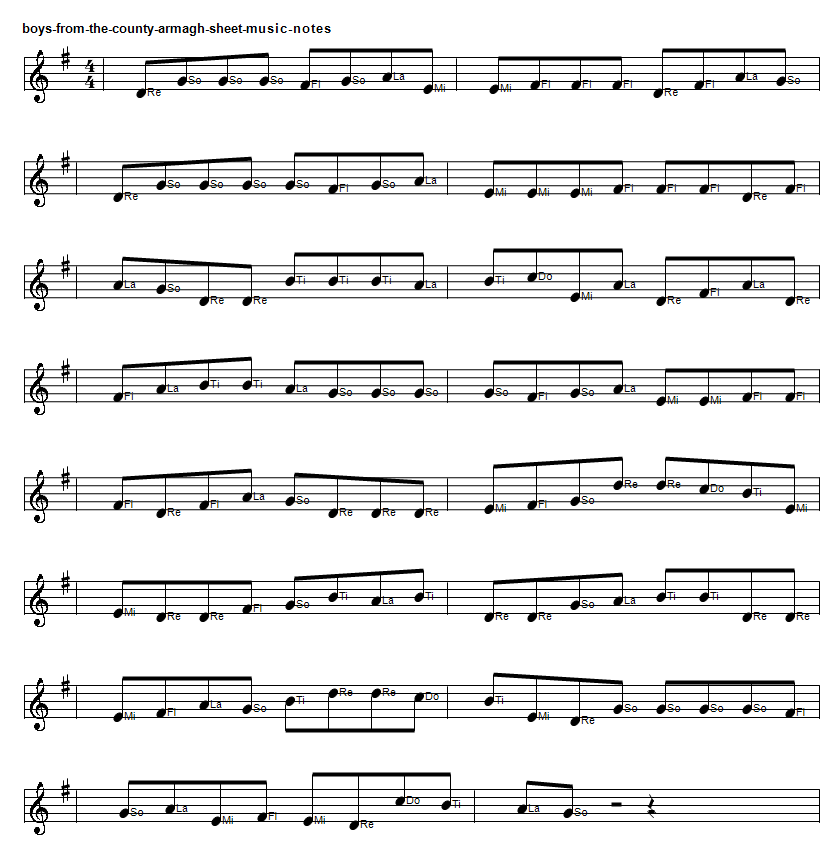 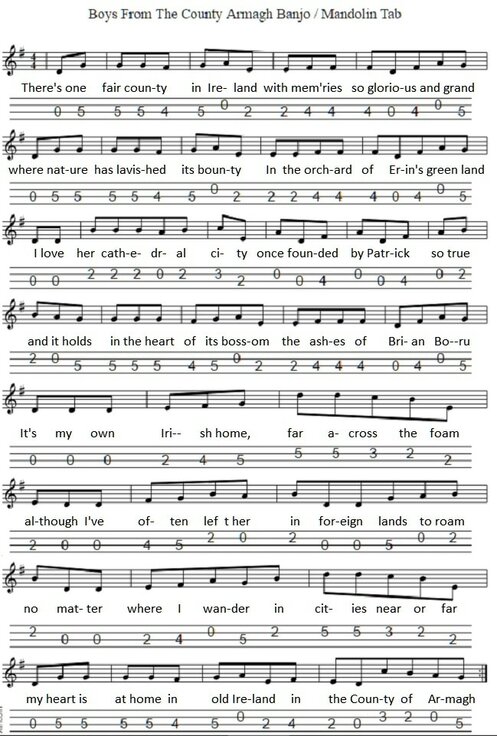