For three decades the Corries had been a significant driving force in the Scottish Folk scene, fully comparable in their achievements to the Dubliners and the Clancy Brothers for Irish Folk music. 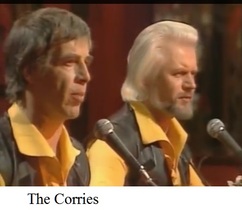 From the early ninety-sixties to 1990 its two members, Roy Williamson and Ronnie Browne have performed, revived, researched and written an almost uncountable amount of songs, published about twenty albums and played a huge range of different instruments, among it the Cambolin, their own invention. Their portfolio of songs thereby comprised any aspects and topics of Scottish life, from love songs, sea shanties, humorous songs, songs of lamentation as well as rebel songs and patriotic ballads about Scotland’s long and tragic strife for freedom from English domination.

Their probably biggest success was ‘Flower of Scotland [ lyrics ]’, written by Roy Williamson, which became a kind of unofficial national Scottish anthem and the official Scottish rugby hymn. When Roy died in 1990 by a brain tumor the band career was abruptly terminated. Still they have left their country a musical heritage that will keep their memory alive forever among those who love Scotland’s songs and music. The songs on this page are the one's most known to be ''Corries'' songs but they recorded many more that can be found in the Scottish section on this site. So if the one you are looking for isn't here have a look in the other section or do a site search.

Some of the songs here have sheet music and tin whistle notes, and all the guitar work is in chordpro formatting. 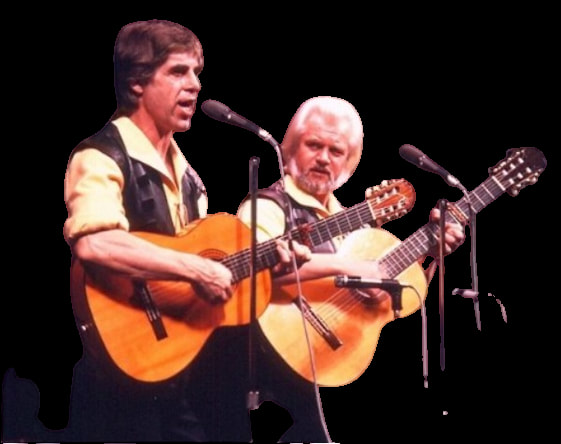 The Corries Folk Group From Scotland