Johnny Cope Guitar Chords And Lyrics by The Corries

Johnny Cope sheet music notes in do re me solfege in D Major are now included. A traditional Scottish folk song about government forces being attacked by The Jacobites led by Bonnie Prince Charlie, this was a suprise attack which took place near the village of Preston Pans, the tune of the song is older that the words which were written by Adam Skirving. Also recorded by Andy Stewart, Alastair McDonald and in Ireland by Planxty. A list of the Corries songs . 4/4 timing. Guitar work by Marc. The sheet music and tin whistle notes are included. 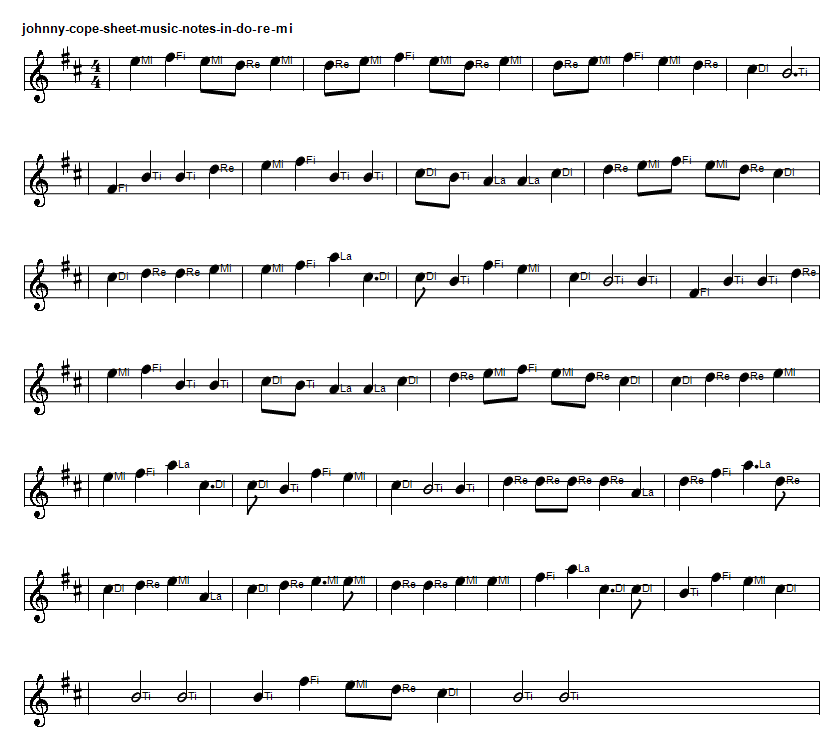 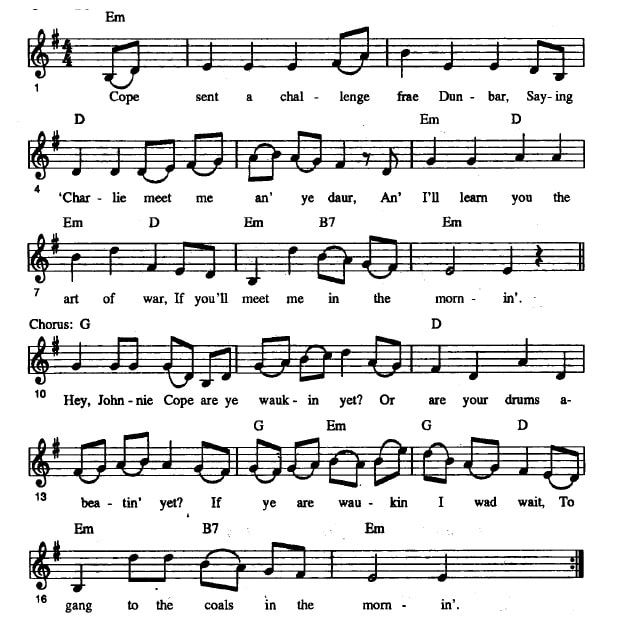