​The Battle of Harlaw Lyrics And Chords

This song is about the Battle of Harlaw which took place on the 24th July 1411 between a Highland force led by Donald MacDonald, Lord of the Isles and a Lowland force led by Alexander Stewart, the Earl of Mar. MacDonald had a claim on the Earldom of Ross and was attempting to take it by force, but he was met at Harlaw, in Aberdeenshire, by a number of Lowland clans and was defeated. The Corries folk group do the best version I've ever heard. Normally it's sung with only the beat of a Bodhrán, but if you'd like to play a guitar with it the chords are included. ('Gariochland' is pronounced 'Garryland'). Additional verses written by Robert Morrow. The sheet music with tin whistle notes is included. Also recorded by The Old Blind Dogs.
​[G] Oh cam ye frae the [Em] Hielands man,
[G] Cam ye aw the [C] way?
[G] Saw ye MacDonald and [C] aw his men.
As [G] they cam in frae [Em] Skye?

As I cam on and further on,
And doun and by Balquhain,
Sure it's there I met wi' James the Rose,
And wi' him John the Graham

“As I cam in by the Gariochland,
Doun by Netherhaugh
I saw MacDonald and aw his men,
A-marching tae Harlaw!”

“O naw, naw, naw” said John the Graham,
“This thing it maunna be;
For the gallant Grahams were never bate,
We'll see what we can dae!”

The Hielandmen wi' their longswords,
Full in at us fu' sair,
And they driv' back wir Lawlandmen,
Three acres breadth or mair!

But in then charged right fearlessly,
Sir Morrow and his men,
To meet Macleod upon the field,
And mak them aw tae rin!

Then from the Mearnsmen rose a cry,
Sir Irvine tae the fore!
Tae draw his sword and duel Maclean,
The field was stained wi' gore!

Then riding in wi' muckle speed,
MacIvor and MacGraw
Sir Morrow and Sir Graham they stood,
And turned them aw awa'!

Braw Davidson frae Aberdeen,
He foucht until the end,
But fell upon the battle-ground,
His strength we'll aye-ways ken!

Lord Forbes tae his brother did say,
“Oh brother dinnae ye see?
They've driv' us back on ilka side,
And we'll be forced tae flee!”

”Oh naw, naw, naw, my brother dear,
This thing it maunna be,
Ye'll tak your guid sword in your hand,
And ye'll gang in wae me!”

Sic a cry frae amang the Hielandmen,
When the see their leader fa',
They cairted him and buried him,
Alang by fair Harlaw!

Gin any yin shuild speir at ye,
For them that's gan awa'
Just tell them plain and anka plain,
They're sleeping at Harlaw! 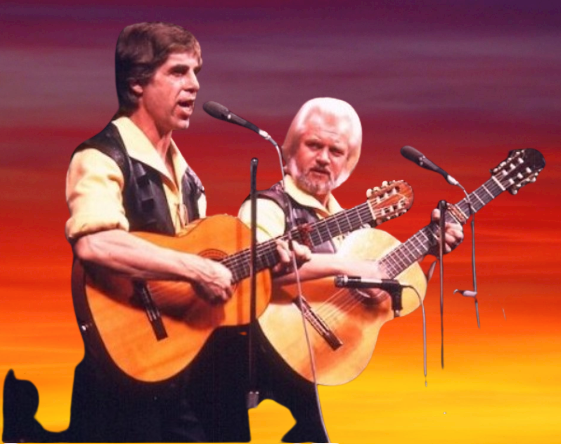 The Corries- Battle Of Harlaw singers