This is an Irish Rebel song [ I.R.A. ]. Written by Sean Costello. Sean South From Garryowen Tin Whistle Sheet Music .The Wolfe Tones made this song famous throughout the world. The air of the song is ''Roddy McCorley Tune'' and I have recorded it myself to show you how to play the chords on guitar. I use the key of D Major. The song was also recorded by Scottish band Charlie And The Bhoys, Irish country singer Dermot O'Brien, Rebel group The Druids, Eire Og, The Blarney Pilgrims, The Celtic Rebels, Tipperary group Rebel Hearts, The Irish Ramblers, Declan Hunt, Terry O'Neill, Blackthorn and Masterless Men to name a few. It's one of the most recorded Irish rebel songs of all time.​ Sean South from Garryowen tenor guitar / mandola tab in CGDA included.

​Sean South from Garryowen tenor guitar / mandola tab in CGDA Tuning and in the key of G. 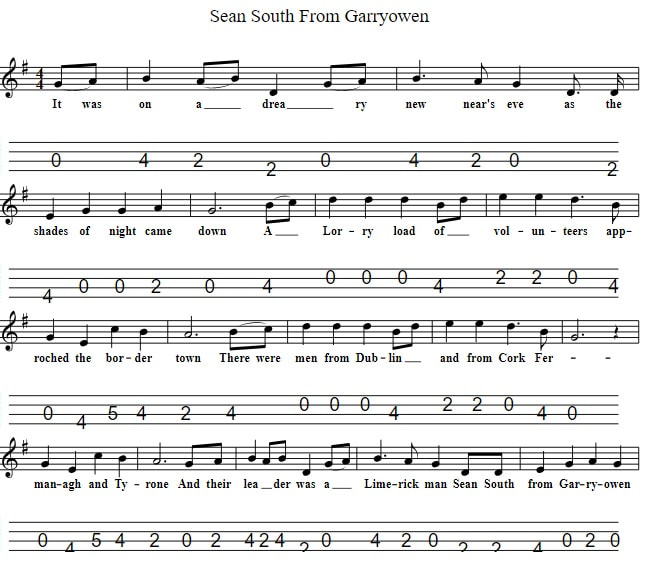 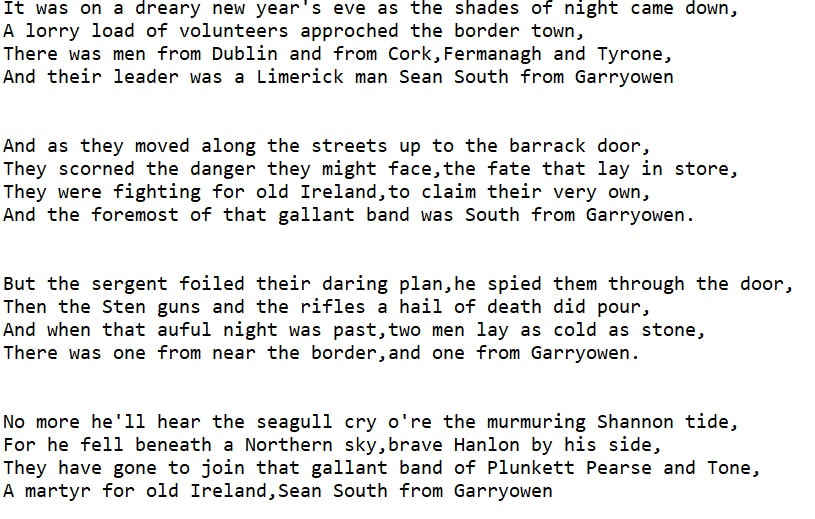