This is the very same tune you would play for Roddy McCorley, the song about Roddy MaCorley was written before Sean South From Garryowen [ lyrics ]. The first piece of music is for whistle in the key of D, and the second I have done in the key of C. The youtube video is of myself playing, I just play the first verse as there's no chorus and the other verses are the same.Sean south from Garryowen beginner piano keyboard letter notes included. These will be of use to those who play the flute, melodica or recorder. There's also a seperate piece of finger chart notes for the flute. 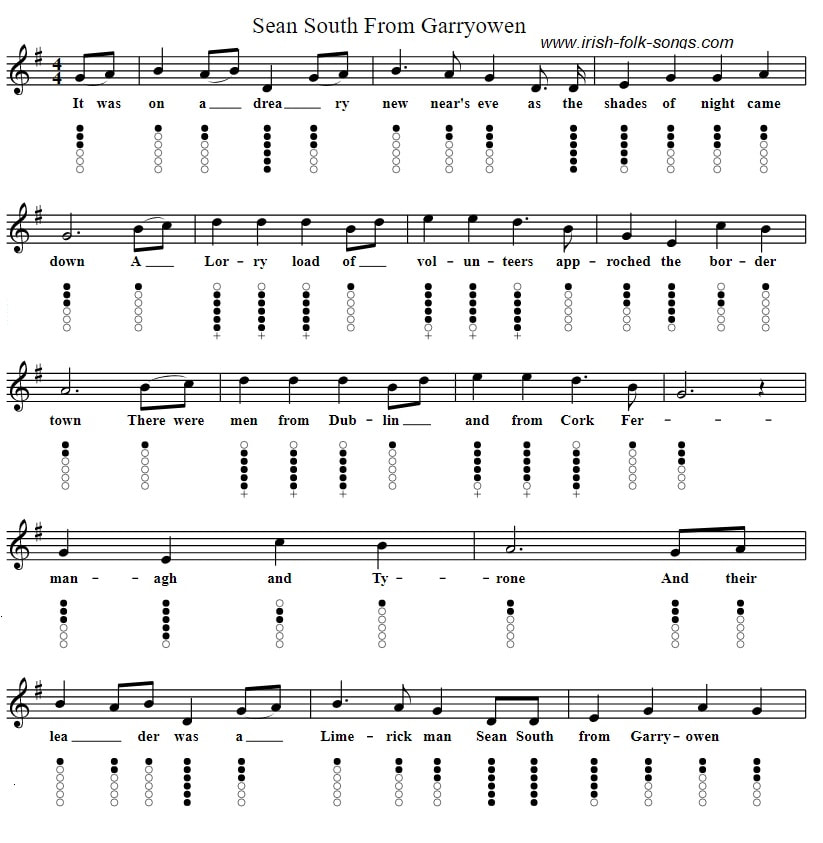 For those of you just starting out on the piano keyboard you may notice that some words with 2 syllables for example may have 3 or more notes. Even single words like in this song ''It Was On ''A'' Dreary New Year's Eve'' , notice the 2 notes used on the letter ''A'' . If your wondering why there are 2 notes used then it's because it just makes the tune more interesting to play. You could easy leave the extra notes out if you want but you'll find that the tune actually sounds better when they are left in. 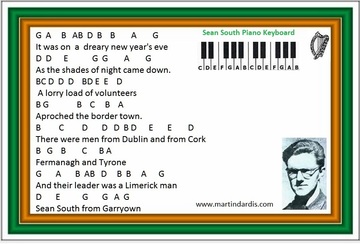 Sean South From Garryowen easy letter notes on a D tin whistle
Sean South Piano Keyboard Lesson. I have received many requests over the years for the notes on accordion / keyboard for Irish ballads. This is the first of many songs I hope to put on the site along with a video to play along with. As with the other sections on the site I play to keep these as easy as I can. They well be mostly set out for the lead [ right hand ] position 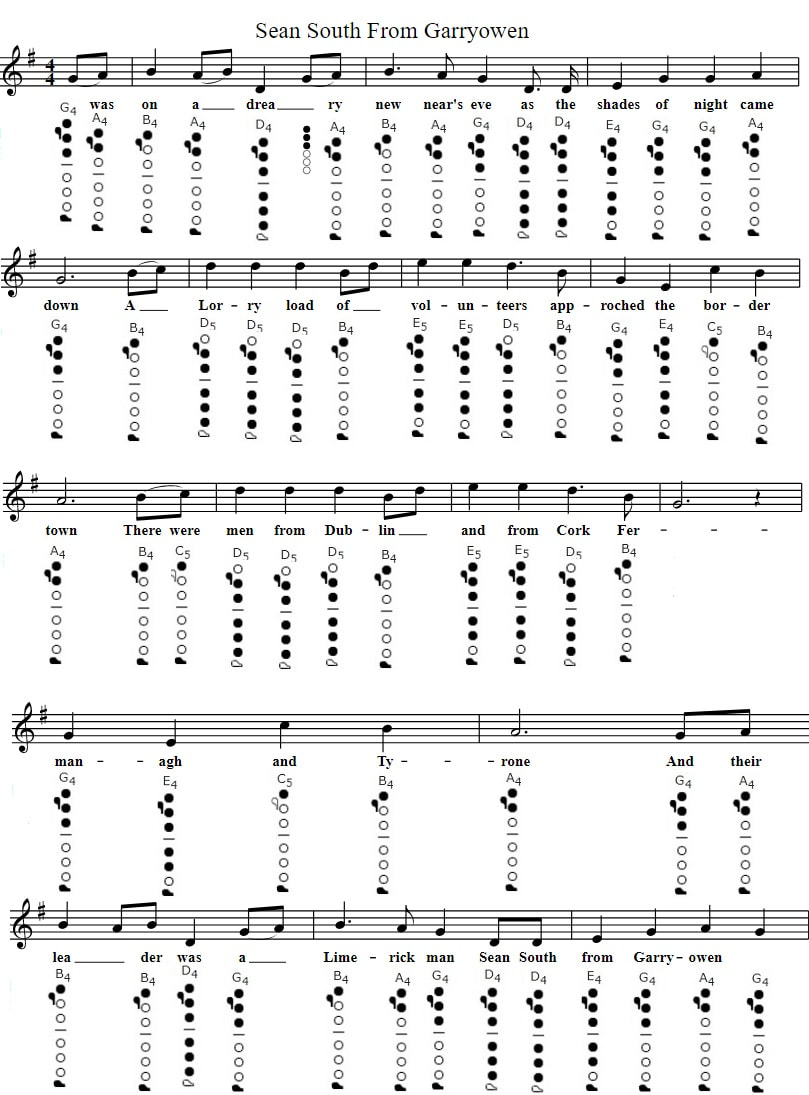 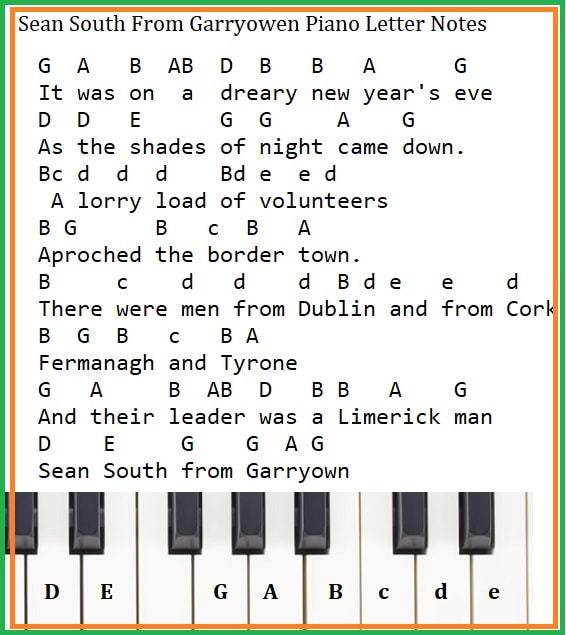 Sean south from Garryowen easy beginner piano keyboard letter notes
​​​Below is the list of sheet music and tin whistle songs that are in my ebooks. This is the largest collection of tin whistle songs ever put together.[over 800 songs ] Including folk, pop and trad tunes plus German And French songs along with Christmas Carols.
All of the sheet music tabs have been made as easy to play as was possible.
​The price of the ebooks is €7.50 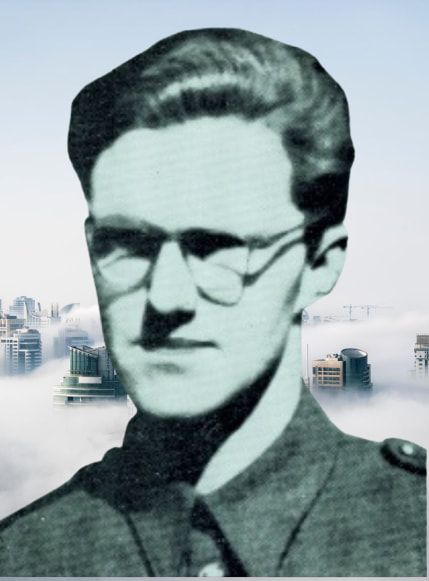