O'Donnell Abu song lyrics and guitar chords was written around 1843 by Michael Joseph MacCann . O'Donnell abu sheet / Flute music notes in D Major in solfege style of do re mi now added.The video is of  Liam Clancy and Tommy Makem. It was also recorded by Michael O'Duffey plus The Irish Brigade.The guitar chords are in C Major in chordpro. The song is an Irish war song about when Red Hugh O'Donnell was in charge of the rebellion that took place in Ireland against the British forces around 1593. The tin whistle sheet music and a youtube video is included. 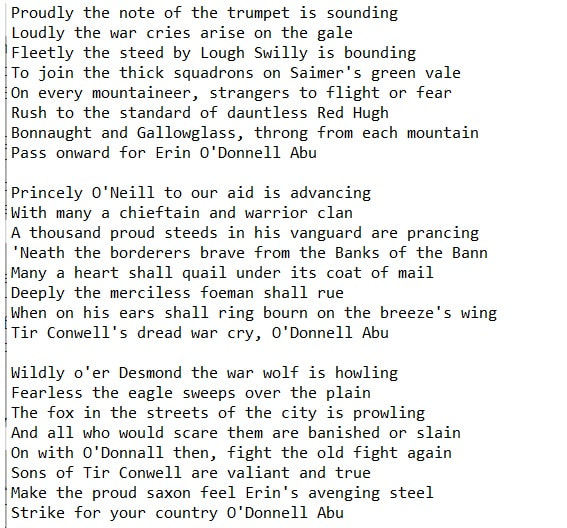 Princely O'Neill to our aid is advancing
With many a chieftain and warrior clan
A thousand proud steeds in his vanguard are prancing
'Neath the borderers brave from the Banks of the Bann
Many a heart shall quail under its coat of mail
Deeply the merciless foeman shall rue
When on his ears shall ring bourn on the breeze's wing
Tir Conwell's dread war cry, O'Donnell Abu

Wildly o'er Desmond the war wolf is howling
Fearless the eagle sweeps over the plain
The fox in the streets of the city is prowling
And all who would scare them are banished or slain
On with O'Donnall then, fight the old fight again
Sons of Tir Conwell are valiant and true
Make the proud saxon feel Erin's avenging steel
Strike for your country O'Donnell Abu.

There are a raft more lyrics and chords to The Clancy Brothers And Tommy Makem
in their section plus information on the group and their songs. 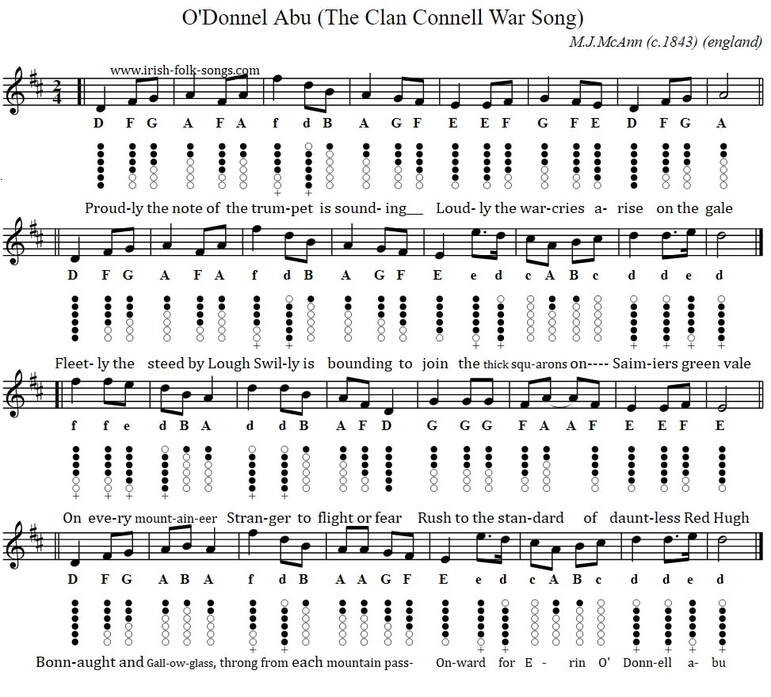 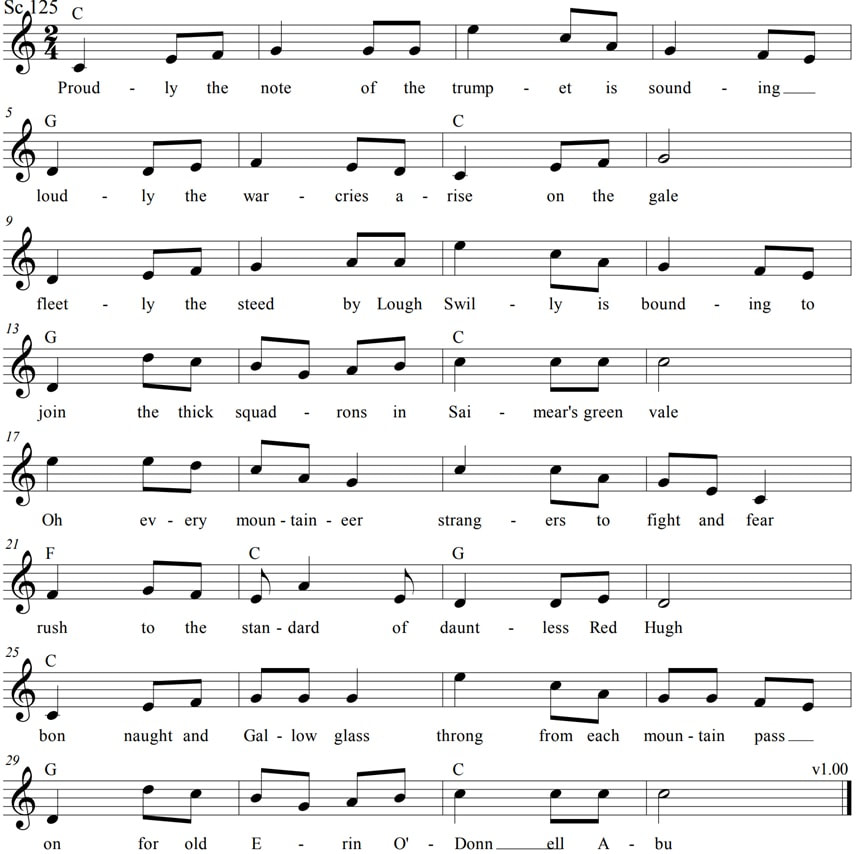 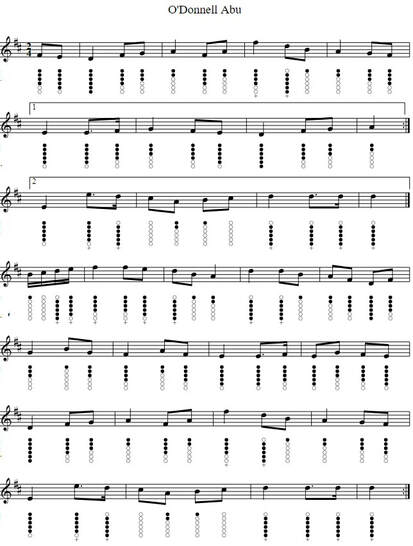 O'Donnell abu sheet music notes in D Major in solfege, do re mi. 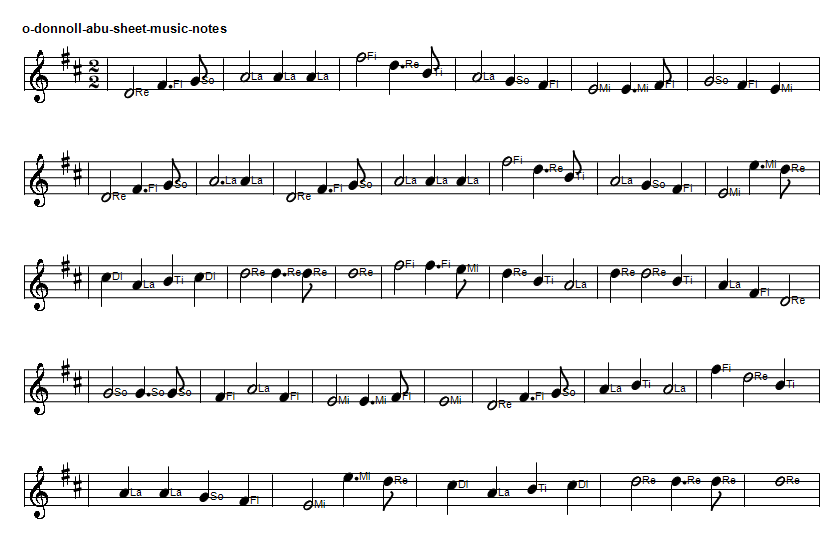