written by singer / songwriter Pete St.John, recorded by The Dublin City Ramblers, The Dubliners also recorded it  with Ronnie Drew doing the singing. If your not Irish you might not recognize some of the words or their meaning might not be known to you. Wellers are Wellington Boots, Gurrier is a blackguard or bad person, Amadan is Irish for a fool, Tinkers are members of the travelling people. This song was the flip side of the Dublin City Ramblers single The Rare Auld Times song which was their biggest hit song. The tin whistle sheet music is included. The whistle notes are in a different key than the guitar chords. I had to bring the notes several tones for the song to work on the whistle. The youtube video is by The Dublin City Ramblers and as far as I know were the first to record Danny Farrell. The ramblers version include a key change towards the end which is optional. They change to the key of E Major. Other songs here that include the name ''Danny'' in the title would be Danny Boy Song which is one of the must well known folk songs of all time.
I[D] knew Danny Farrell when his football was a can.
In his hand me down's and wellers and[A7] sandwiches of grand,
But[D] now this pave ment pesent,is a[G] full grown bitter [D]man,
With all his trials and troubles,of hes[A7] travelling people's[D] clan
[Chorus]
He's[D] a looser a boozer,me and you user,
A[A7] rater a traitor,peoples police hater,
So[D] lonely and only,what you call a gurrier,
[A7]Still now,Danny Farrell he's a man.
[2]
I knew Danny Farrell when he joined the national school,
He was lousy at the gaelic,called him amadan and fool
He was brilliant at the toss school
Or trading objects in the pawn
By the time he was an adult all his charming ways were gone.
[3]
I knew Danny Farrell when he queued up for the dole,
And he tried to hide his loss of pride,
That eats away the soul,
Mending pots and kettles,is a trade lost in the past.
There's no hand out's here for tinkers was the answer when he asked.
[4]
I still know Danny Farrell,saw him just there yesterday,
Drinking methylated spirits,with some winos on the quay,
Now he's fourty going on eighty,with his eyes of hope bereft,
And he told me this for certain,theres not many of us left,
[Repeat Chorus After Each Verse] 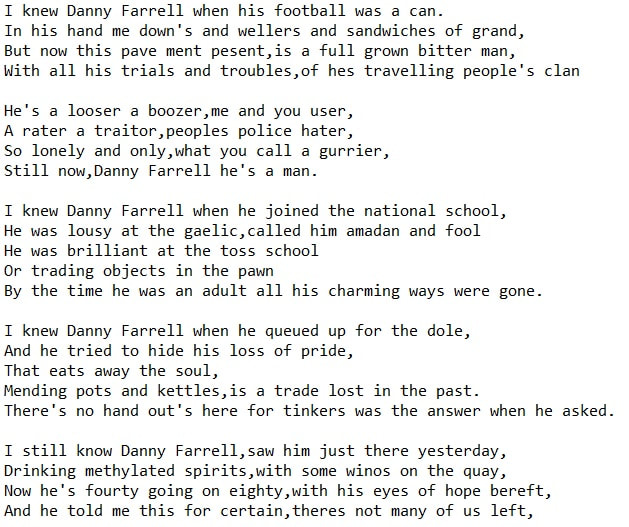 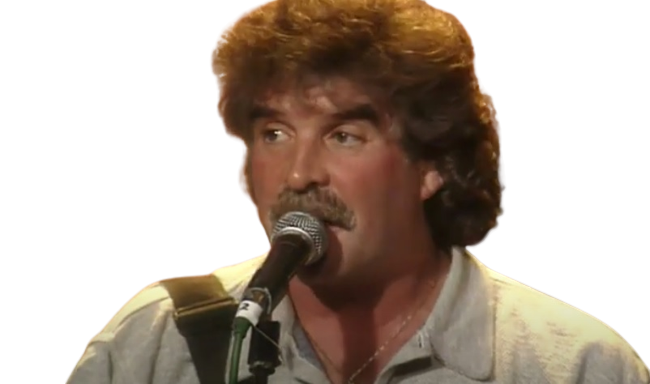