The Orange And The Green Lyrics And Chords

The orange and the green Irish folk song lyrics and easy guitar chords with sheet music score included. The tune is the same as The Rising Of The Moon, guitar chords by Marc Fahrbach. the singer in the youtube video is Patsy Watchorn who later joined The Dubliners. Others who recorded this song were The Irish Rovers, The Wolfe Tones, Brobdingnagian Bards and The Grehan Sisters. The tin whistle sheet music is included. The guitar chords are in the key of C Major in chordpro style. 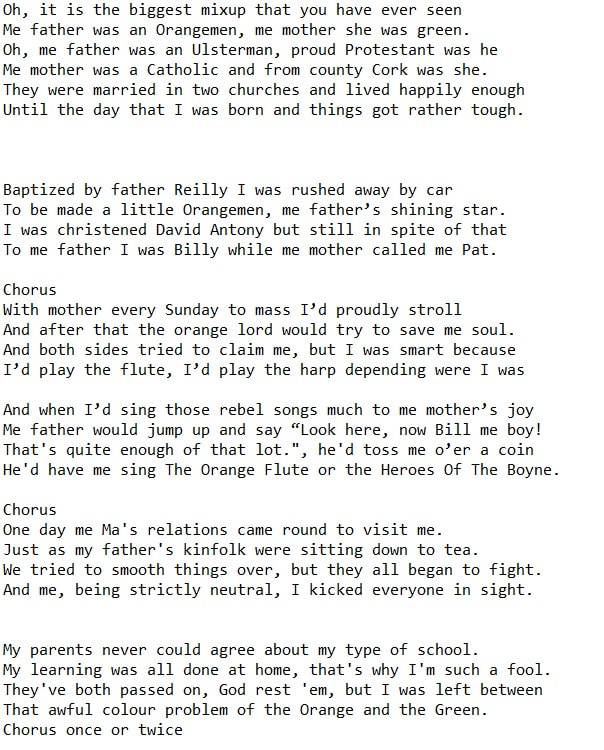 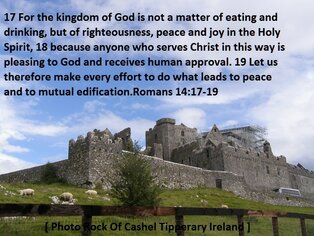 Song lyrics without the chords.

Oh, it is the biggest mixup that you have ever seen
Me father was an Orangemen, me mother she was green.
Oh, me father was an Ulsterman, proud Protestant was he
Me mother was a Catholic and from county Cork was she.
They were married in two churches and lived happily enough
Until the day that I was born and things got rather tough.

Baptized by father Reilly I was rushed away by car
To be made a little Orangemen, me father’s shining star.
I was christened David Antony but still in spite of that
To me father I was Billy while me mother called me Pat.

Chorus
With mother every Sunday to mass I’d proudly stroll
And after that the orange lord would try to save me soul.
And both sides tried to claim me, but I was smart because
I’d play the flute, I’d play the harp depending were I was

And when I’d sing those rebel songs much to me mother’s joy
Me father would jump up and say “Look here, now Bill me boy!
That's quite enough of that lot.", he'd toss me o’er a coin
He'd have me sing The Orange Flute or the Heroes Of The Boyne.

Chorus
One day me Ma's relations came round to visit me.
Just as my father's kinfolk were sitting down to tea.
We tried to smooth things over, but they all began to fight.
And me, being strictly neutral, I kicked everyone in sight.


My parents never could agree about my type of school.
My learning was all done at home, that's why I'm such a fool.
They've both passed on, God rest 'em, but I was left between
That awful colour problem of the Orange and the Green.
Chorus once or twice
The orange and the green sheet music score 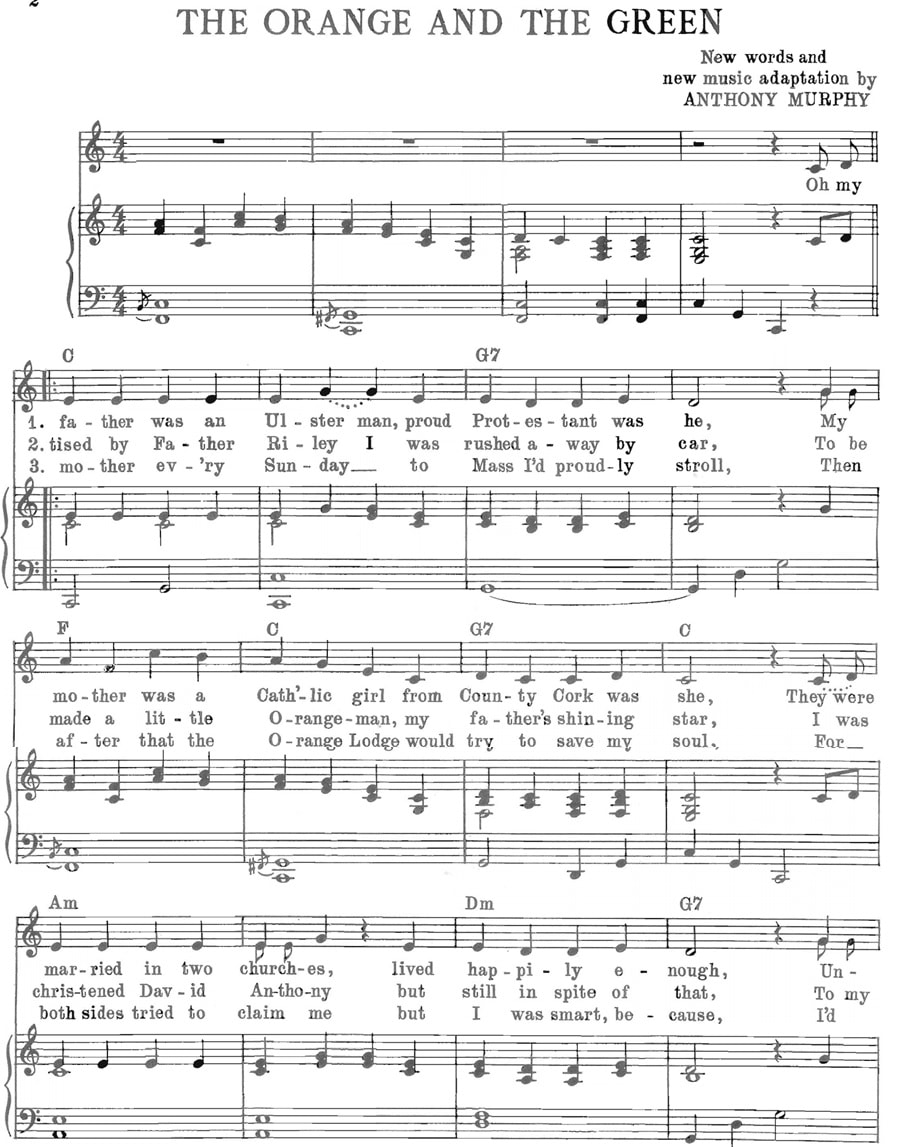 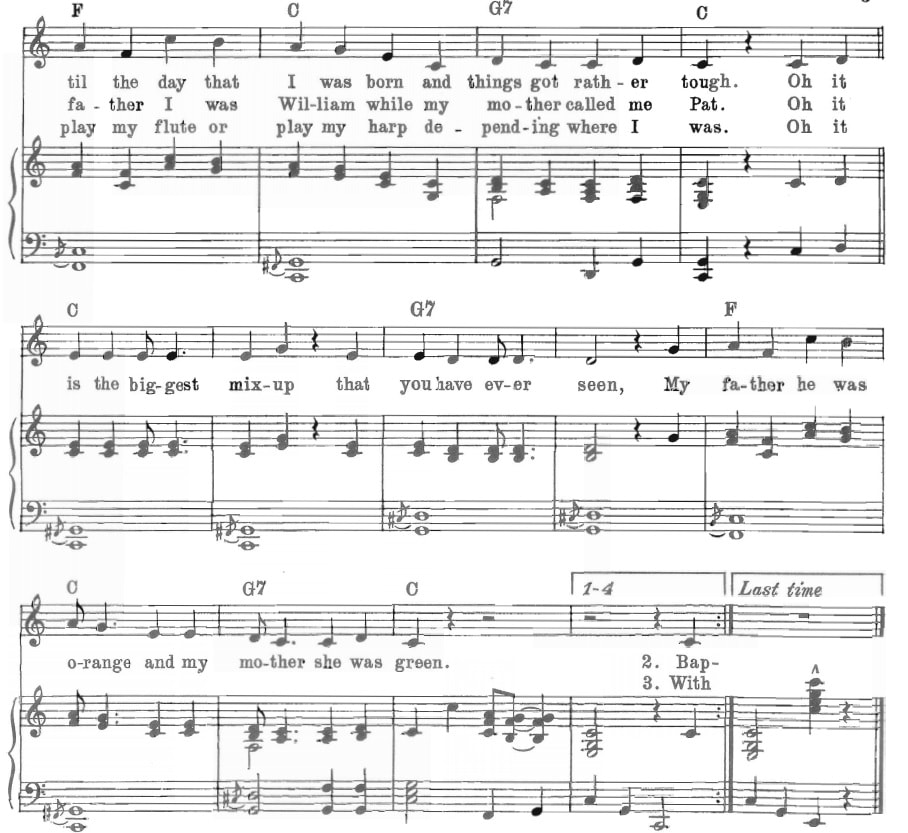