When Margaret Was Eleven Lyrics And Guitar Chords

Pete St. John wrote this song, and Pete also wrote The Fields Of Athenry song which was his biggest success to date. Here is another great Irish anti war song from one of Ireland's  best song writers, And who better to do the song justice that the great balladeer Ronnie Drew. 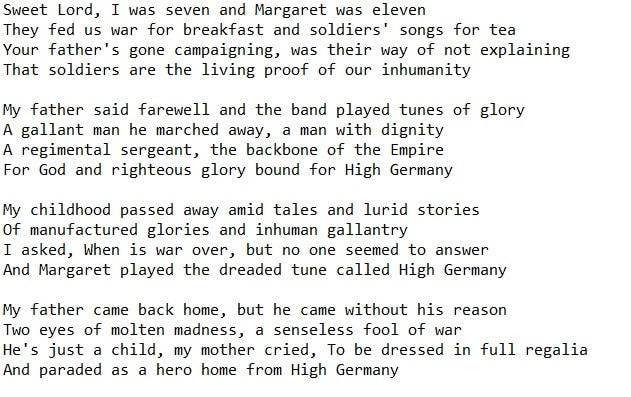