The Fields Of Athenry Lyrics And Chords

The fields of Athenry fingerstyle / picking guitar tab now added. Irish song lyrics and chords,The Irish tenor banjo [ 4 string ] / mandolin  chord shapes in Irish tuning of GDAE are included plus the 5 string banjo chords. Written by Pete St.The music time signature is 4/4. The ukulele chords for the key of D are included. John Recorded by Danny Doyle, Paddy Reilly, Ronan Tynan, The Dropkick Murphy's And James Galway. Pete has written many great song including :The Rare Old Times,The Ferryman,Luke Kelly's Land,Ringsend Rose,Ann Devlin,Danny Farrell to name but a few. this is in the key of D Major, change the chords to suit your own voice. The Fields Of Athenry Sheet Music And Tin Whistle Notes . Recently recorded by Foster And Allen [ 2014 ]. The guitar chords are in the Chordpro format. Now included is The fields of Athenry tenor guitar / mandola tab in the tuning of CGDA.
Song Lyrics And Chords In D
By[D] a lonely prison wall,I[G] heard a young man[D] call[A]ing,
[D]Michael they are[G] taken you a[A]way,
For you[D] stole trevelyne[G] corn,so the[D] young might see the[A] morn,
Now a prison ship lies waiting in the[D] bay.
[Chorus]
[D]Low[G] lie the[D] fields of athenry,where once we watched the small free birds[A] fly,
Our[D] love was on the[G] wing,we had[D] dreams and songs to[A] sing,
It's so lonely round the fields of Athen[D]ry.
[2]
By a lonely prison wall,I heard a young man calling,
Nothing matters Mary when your free,
Against the famine and the crown,I rebelled they put me down,
Now you must raIse our child with dignity.
[3]
By a lonely harbour wall,she watched the last star falling,
As the prison ship sailed out against the sky,
For she waits and hopes and prayes,for her love in Botany bay,
It's so lonely round the fields of Athenry. 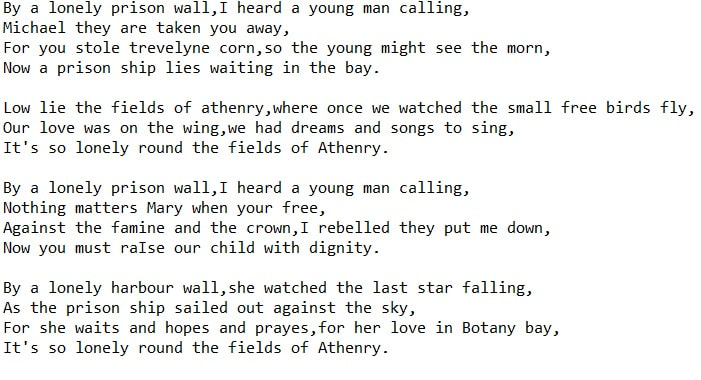 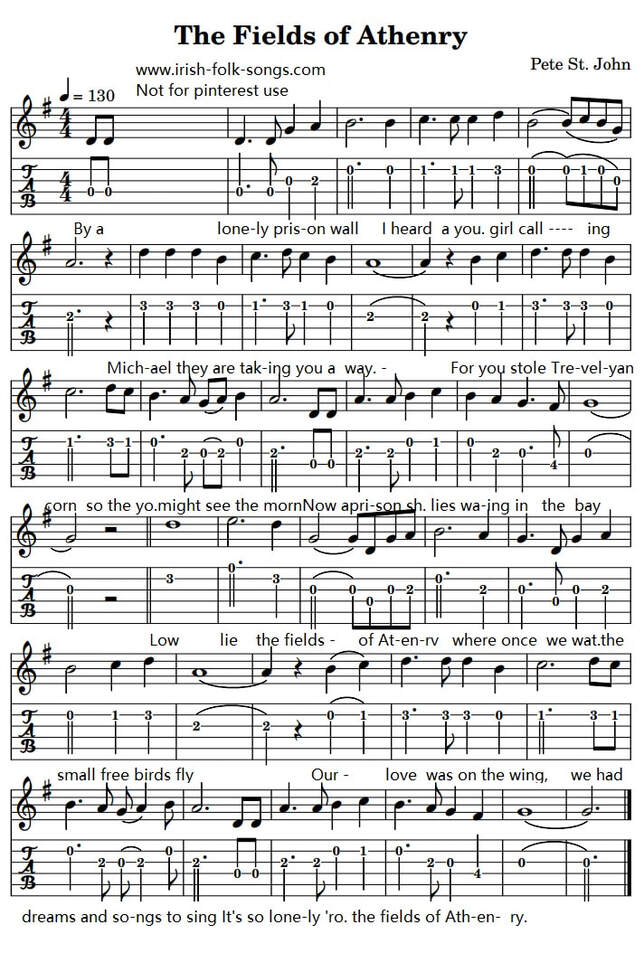 the fields of Athenry guitar tab 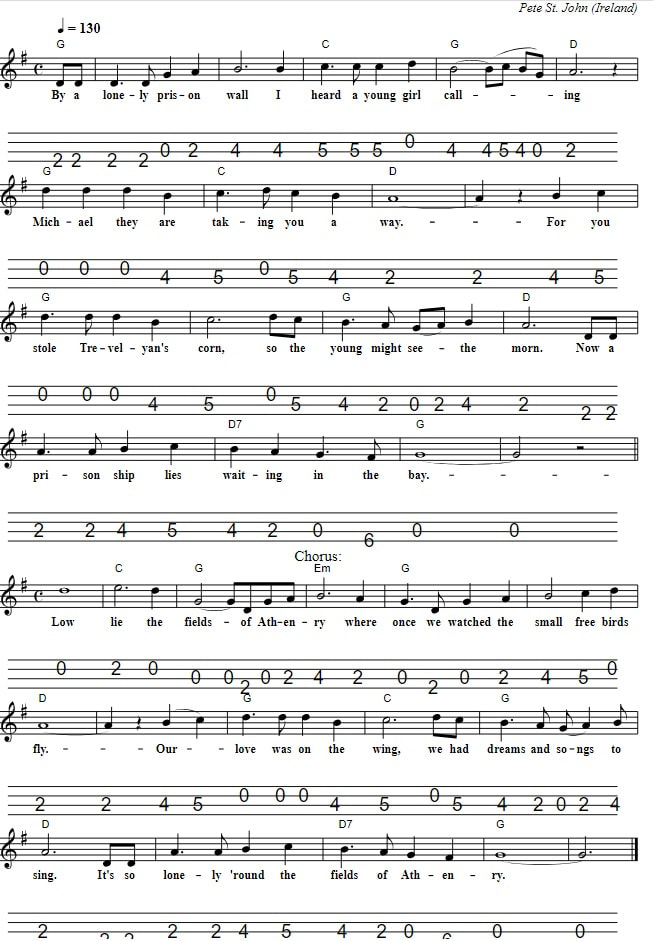 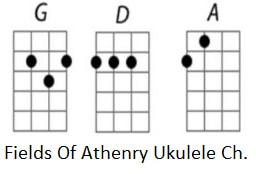 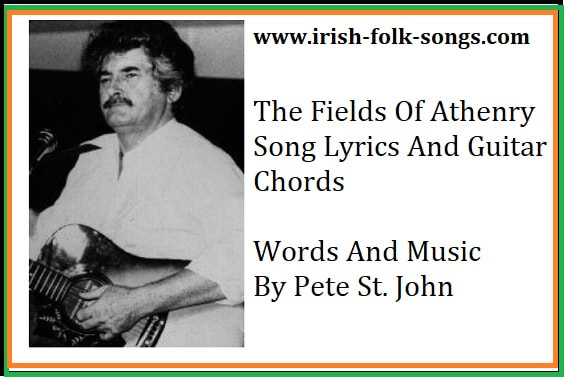 Below are the easy chord shapes for Irish tenor banjo or mandolin for the key of D. 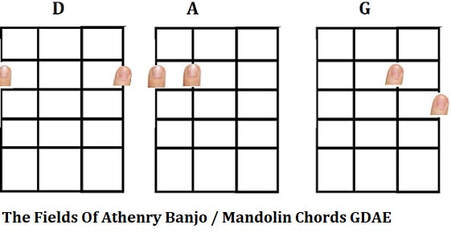 And here's the 5 string banjo chords 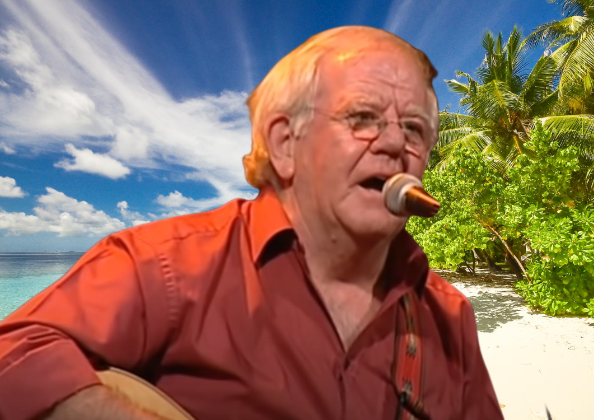