Finbar Furey.Written by Finbar when he was nineteen years old,and what a great tune it is, I included the letter notes also. Finbar plays this in a low D whistle. The mandolin tab is included along with the finger position tin whistle sheet music. Recorded by The Furey Brothers And Davie Arthur, Charlie And The Bhoys, The Irish Brigade, Roisin Dubh and The Molly Maguires. The Irish / American group The Dropkick Murphys also made a great recording of the tune. 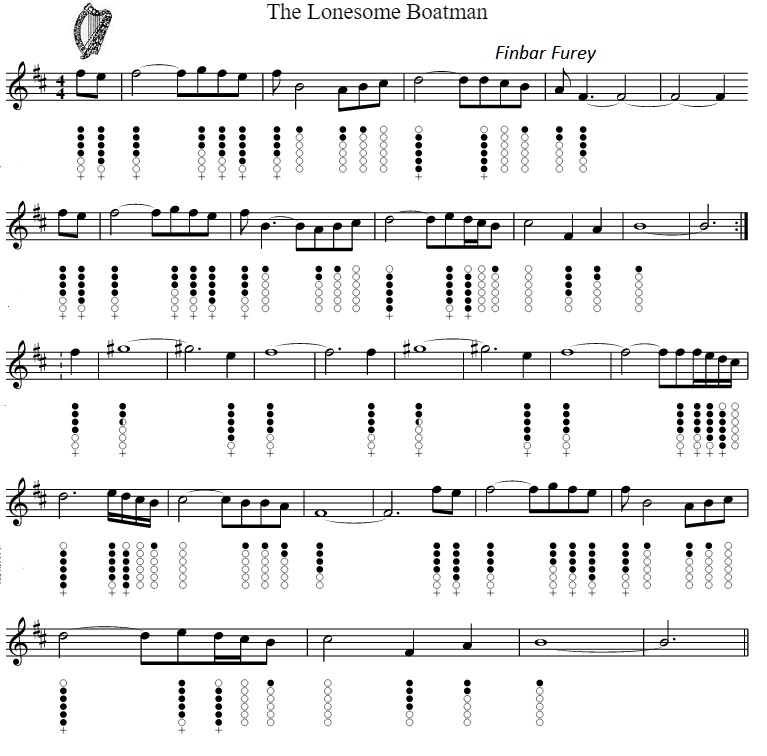 The above video is of Damien O'Sullivan on whistle / mandolin with Tony Reilly on guitar and accordion.


The below youtube video is by Jean-Baptiste Meynard and these are the notes he's playing.

The version of the tin whistle notes below has the finger positions. The music file below is for the piece of sheet music below. As I have said many times on the site, to learn any song or tune you should learn it one line at a time. Practise the first line until your sick to the teeth of listening to yourself and then practise the second line. Put the first and second lines together and play them until you have them off by heart. Then play the third line,,and so on. This tune for example isn't as lone as you think it might be, the first two line get played then it repeats itself, see the repeat lines at the end of the second line :||
The lonesome boatman tin whistle tune with letter notes 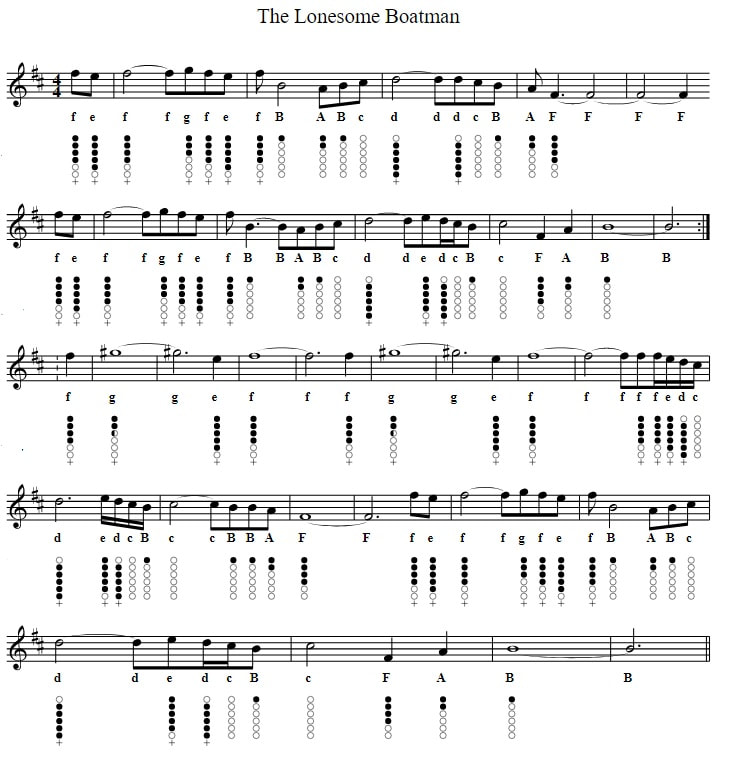 Below is the mandolin tab for The Lonesome Boatman