The Butcher Boy lyrics and chords

The Butcher Boys Song Lyrics And Easy Guitar Chords. Irish Folk song- A traditional song brought back by The Ludlows. The ukulele chords for the key of G Major are included. A tragic story about lost love that leads to suicide. This song was also recorded Sinéad O'Connor who's better known for recording pop songs but has recorded a raft of old ballads including the old rebel song The Foggy Dew.  Tommy Makem and by Maureen Hegarty also covered this song. I think this song may have originally come from England. I have seen several version of the song and the lyrics vary depending on who is singing the song. The guitar ukulele chords are in the key of D. The second version of the chords in A was sent to me by Steve , aka Australia.The Ludlows recorded many a song back in the 1960's and The Sea Around Us Song is one of their finest , which was written by Dublin ballad singer and songwriter Dominic Behan.The guitar chords are for the keys of D and another version in G Major.

In[D] Moore[A] street where I was[D] born,
A butcher[G] boy[A] I loved right[D] well,
He courted me my[A] life away,
And[A7] now with me he will not[D] stay,
[2]
I wish my baby it was born,
And smiling on its daddy's knee,
And my poor body to be dead and gone,
With the long green grass growing over me.
[3]
He went upstairs and the door he broke,
And found her hanging by a rope,
He took his knife and he cut her down,
And in her pocket these words he found.
[4]
Oh make my grave large wide and deep,
Put a marble stone at my head and feet,
And in the middle a turtle dove,
So the world may know,I died for love.
The Butcher Boy Ukulele Chords For The Key Of G Major. 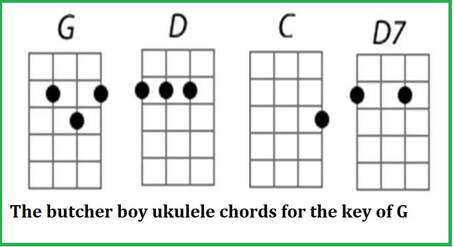 Here are alternative guitar chords for the key of G Major. 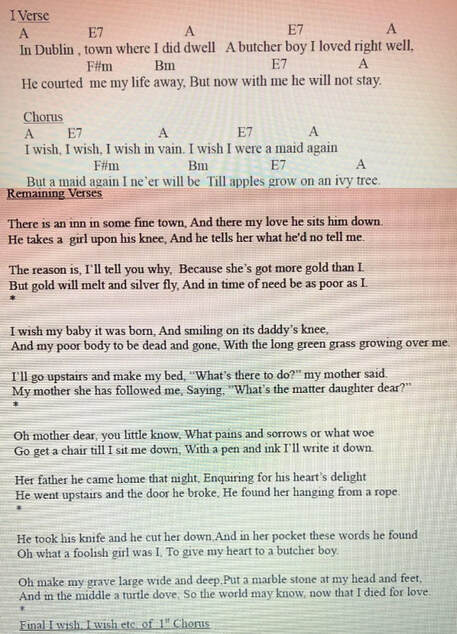 ​When I play the E7 I play the open root inversion then run the Bass E, F# to the E Major with G# in the Bass ( that looks a bit like Canis Major as it sits in the sky down here and do something similar with the A; it’s compositional trick to break the monotony of prolonged tonic majors and melodise the bass, and if you get tricky you can put an spread voiced B7 under the F# note in the bass run) The photo is the E Major 3rd in the bass I run up to.[ Steve ] 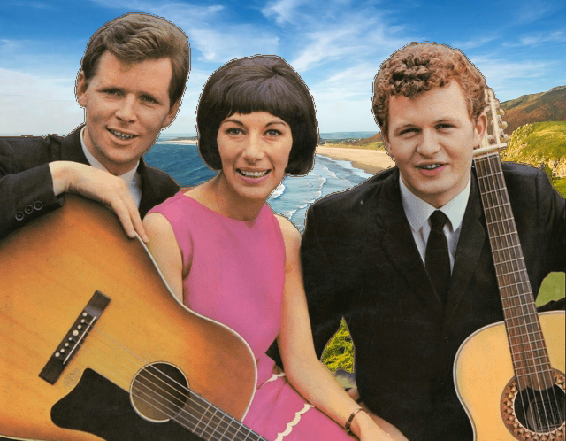 The Ludlows lyrics The Butcher Boy 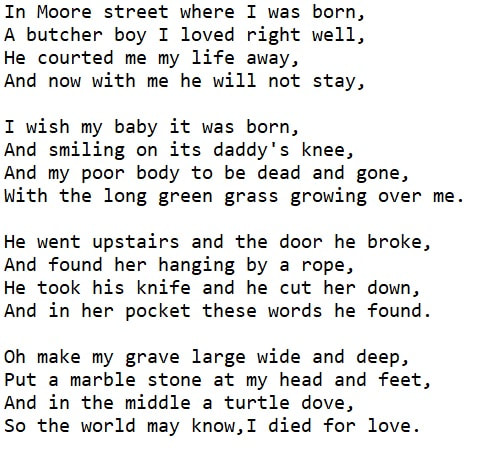