The sheet music and tin whistle notes are included in the key of G Major for this Irish folk song from Munster.The music time signature is 4/4. Traditional Irish song, recorded by Fiddlers Greenm Josef Loche,  Danny Doyle [who was the first man to do a recording of The Fields Of Athenry ]  and The Willoughby Brothers. I have given the guitar chords in two keys, D and G.
[D]Can anybody tell me where the Blarney Roses grow?
It may be down in Limerick town or[G] over in Mayo.
It's some[D]where in the Em'rald Isle, but[G] this I want to know:
Can [D]anybody tell me where the[G] Blarney Roses [D]grow

'Twas over in ould Ireland near the town of Cushendall,
One morn I met a damsel there, the fairest of them all.
'Twas with my young affections and my money did she go,
And she told me she belonged to where the Blarney Roses grow

Her cheeks were like the roses, her hair a raven hue.
Before that she was done with me, she had me raving too.
She left me sorely stranded, not a coin she left, you know,
And she told me she belonged to where the Blarney Roses grow

They've roses in Killarney, and the same in County Clare,
But 'pon my word those roses, boys, I can't see anywhere.
She blarney'd me and, by the powers, she left me broke -- ho, ho! --
Did this damsel that belonged to where the Blarney Roses grow.

Acushla gra-machree, me boys, she murmured soft, did she,
"If you belong to Ireland, it's yourself belongs to me."
Her Donegal come-all-ye brogue, it captured me, you know.
Bad scram to her and that same place, where the Blarney Roses grow 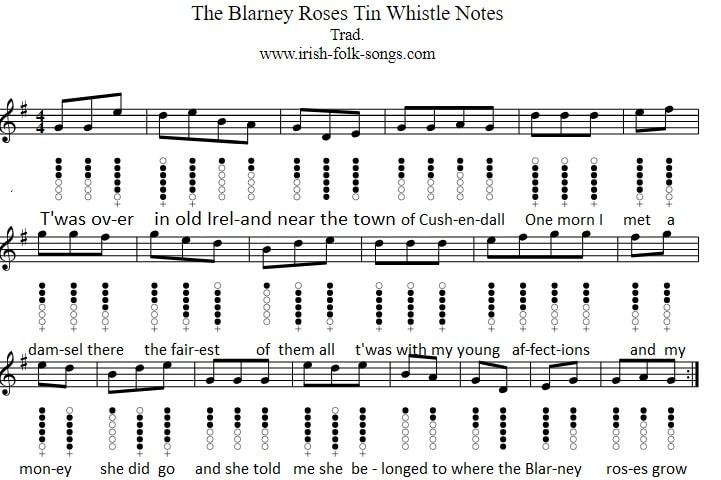 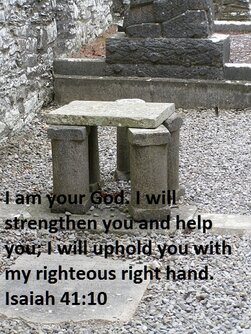