Red Is The Rose Song Lyrics And Chords

A traditional song.The 5 string banjo chords to be played are included. The youtube video is of myself singing Red Is The Rose. It was also recorded by The Clancy Brothers with Tommy Makem, more recent it has been recorded by The High Kings, who sing one of Ireland's top ballads '' Grace '' , Nancy Griffits, The Irish Tenors, The Willis Clan, Heather Dale, Margo, The New Barleycorn, Mary Duff and by Orla Fallon to name a few. If you want to play along with the youtube video of myself then I'm playing in the key of D Major.​Red is the rose tenor guitar / mandola tab in CGDA added. 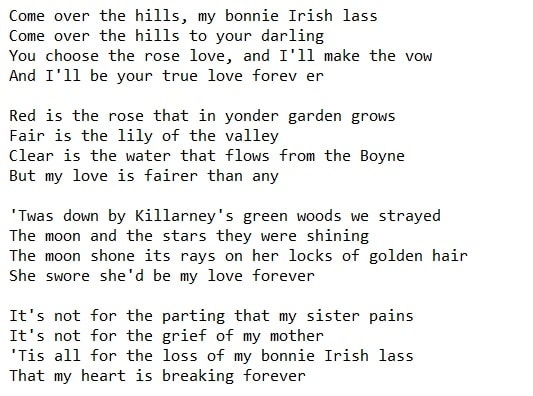 Red Is The Rose Song Lyrics And Chords In D Major

Below is the tenor guitar / mandola tab in CGDA

Play these chords below for my version of Red Is The Rose on your 5 string banjo.

There has been much speculation as to who wrote Red Is The Rose and was it written by Tommy Makem. Well I can't say who wrote it but I can say for certain that it wasn't Tommy. The first recording was done by Josephine Beirne And George Sweetman who called it My Bonnie Irish Lass and recorded it in 1934 on the Decca Record label. It's on youtube. So it's still safe to call it a ''Traditional Song''.
Red Is The Rose Sheet Music And Tin Whistle Notes

The version of the sheet music  below is by Steve in Australia and suits the version of myself playing the song in the above youtube video. 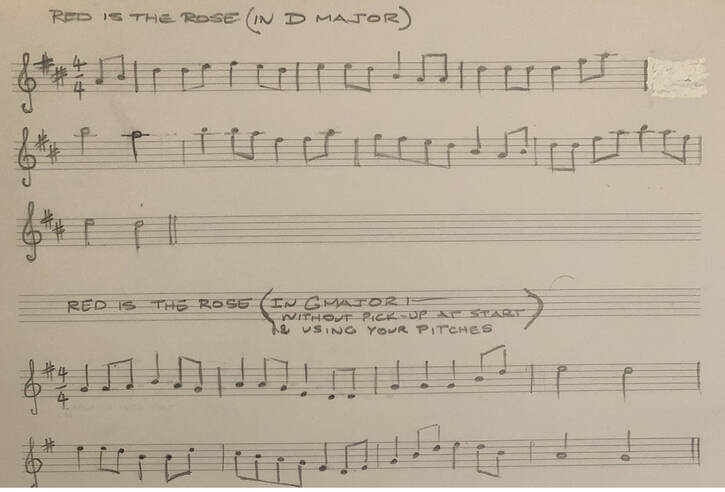