This songs dates back to the 17th century and tells of an affair that ends in tragedy. It's origins are English folk, recorded by Fairport Convention who also sang The Lark In The Morning song, Doc Watson and Ebony Buckle. The easy guitar chords are in chordpro. The sheet music notes for tin whistle are included. The name Mattie is seldom used in song titles, but another song on the site uses it and the title is simply called Mattie which is by ballad singer Christy Moore .​ Matthy Groves sheet music and tenor guitar tab in CGDA.
Mattie Groves Song Words With Easy Chords In The Key Of D

[Em]And when the meeting it was done she cast her eyes about
And there she saw little Mattie Groves, walking in the park.

Oh I can't come home, I won't come home and sleep with you tonight
By the rings on your fingers I can tell you are Lord Arlen's wife.

'Tis true I am Lord Arlen's wife, Lord Arlen's not at home
He is out to the far corn fields, bringing the yearlings home.

And the sundt who was standing by and hearing what was said
He saw Lord Arlen, he would know, before the sun would set.

And in his hurry to carry the news, he filled his breast and ran
And when he came to the broad mill stream he took off his shoes and swam

Little Mattie Groves, he lay down and took a little sleep
When he awoke Lord Arlen, was standing at his feet

Well Get Up! Get Up! Lord Arlen cried, Get Up as quick as you can
It'll never be said in fair England I slew a naked man!

Well it's true I have two beaten swords, they cost me deep in the purse
But you will have the better of them and I will have the worst.

And then Lord Arlen he took his wife, he sat her on his knee
Saying who do you like the best of us, Mattie Groves or me.

And then spoke up his own dear wife never heard to speak so free
I'd rather kiss one dead Mattie's lips than you and your finery.

Lord Arlen he jumped up and loudly he did bawl
He stuck his wife right through the heart and pinned her against
the wall.

A grave, a grave, Lord Arlen cried, to put these lovers in
But bury my lady at the top for she was of noble kin.

Lyrics an chords from K-M
Mattie Groves Alternative Chords In G.
​
(Am) A holiday a (G) holi(Am)day and the first one (F) of (G) the (Am) year
Lord (C)Arlen's wife went (G) into the church the (Am) gospel (G) for to hear 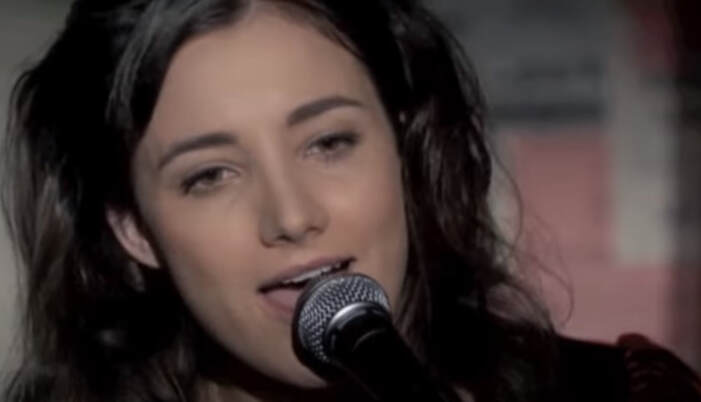 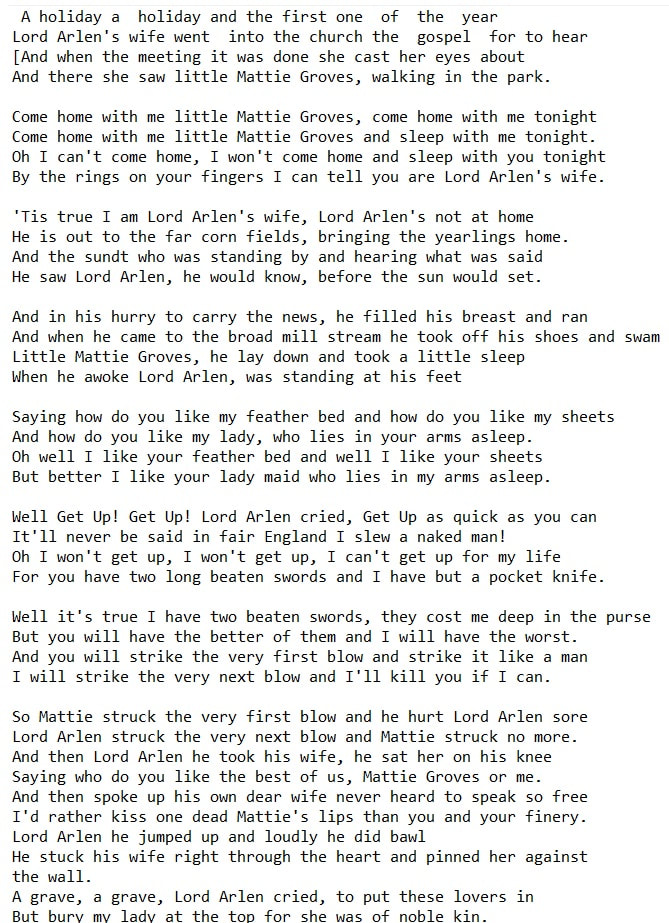