Matt Hyland /Hyland sheet music lyrics and chords. Traditional ? Recorded by Paddy Reilly , Andy Stewart who also recorded Humors Of Whiskey Song,and The Dubliners. Is this song traditional ? let me know if you have any information as to the author.Guitar chords are in chordpro. The sheet music is included. The easy guitar chords are in several keys including G and C Major. The name Highland has been used in many a folk song. and another ballad is Highland Paddy Song which is regarded as ''An Irish Rebel Song'' .

"Ah, must I go," the young man said
"Ah, must I go without my wages
With ne'er a penny in my purse
Just like some poor forlorn stranger?"
"Here's fifty guineas in bright gold
And that's far more than father owes you
So arise and go, my own true love
I wish to God I'd gone before you"

The lord discussed with his daughter dear
One night alone in her bedchamber
Saying, "I'll give you leave to bring him back
Since there are none you style above him"
She wrote a letter then in haste
Still for him her heart entwined
She's brought him back, to the church they went
She's made a lord of young Matt Hyland.

Paddy Reilly is one of Ireland's finest singers, many of his recordings
are on the site including the lyrics and chords of come back Paddy Reilly to Ballyjamesduff
The last verse of Matt Hyland Lyrics were added by Frank Heart

They both sat down upon the bed
all for the sight of one another
And not one word did either speak
till down her cheeks the tears did shower
She lay her head upon his breast
around his neck her arms entwined then
Not a duke nor lord nor earl I'll wed.
I'll wait for you my own Mat Hyland

How can I go away my love?
How can I leave without my wages?
Without one penny of my own
just like some low and lonesome vagrant
Here's 20 guineas in bright gold.
That's far much more than father owes you.
So take it love and go away.
You know right well I do adore you

'Tis then these lovers severed were,
That he might elude transportation;
Since he was gone, perhaps fore'er,
Her sad heart knew no consolation;
As days passed by, she then began
To roam the groves alone and slighted;
And, in her grief, she cried aloud,
"Send back, send back my own Matt Hyland."


The lord conversed with his daughter fair
one night above in her bed chamber
I'll give you leave to bring him back
since there's no one can win your favour
She wrote a letter then in haste
for him her heart was still repining
They brought him back, to the church they went
and made a lord of young Mat Hyland 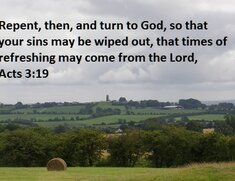 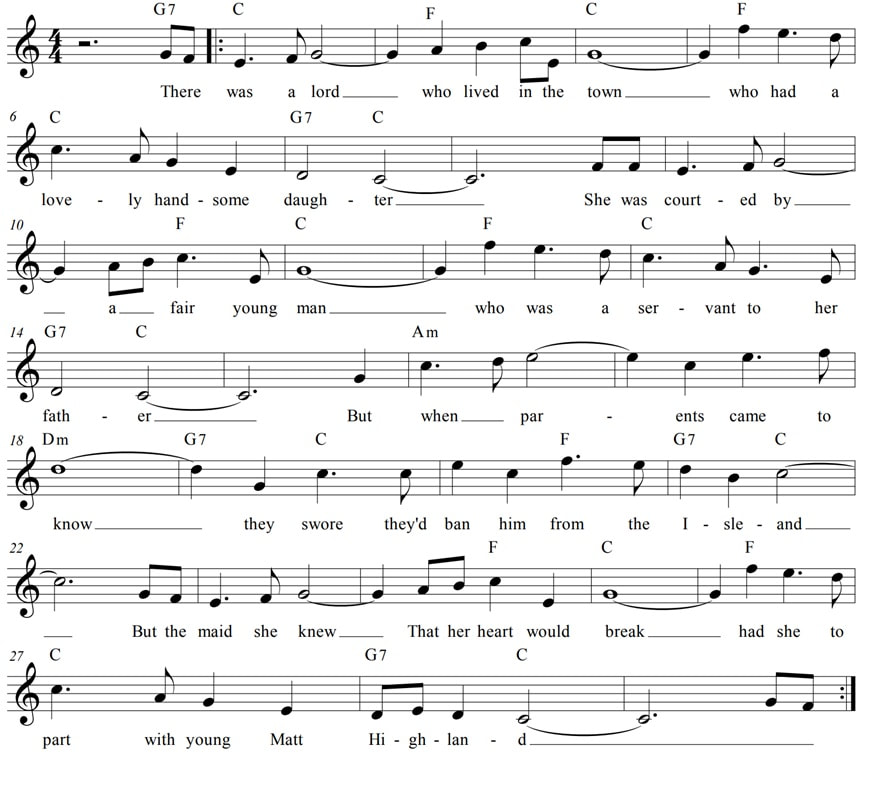 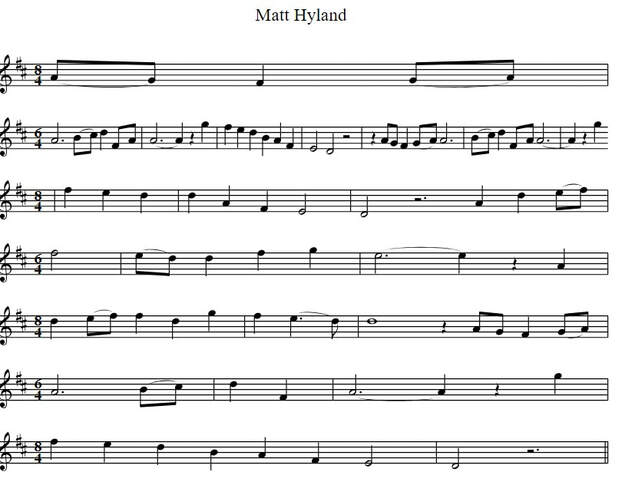 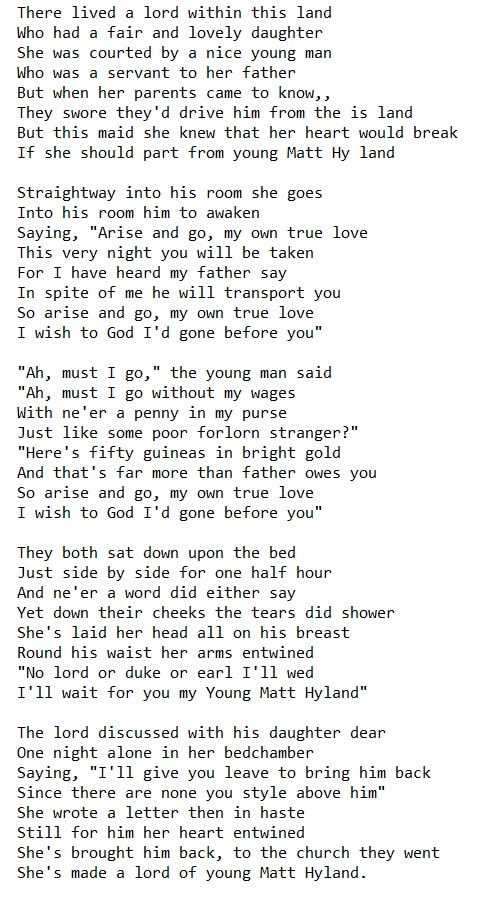