The youtube video is of Bing Crosby from the 1949 film  ''Top O The Morning''. A traditional Irish song. The sheet music is included. It was Bing Crosby who first had the success with West Of Ireland Galway Bay Song [ words and chords ] The guitar chords in chordpro for Kitty Of Colraine are in G Major. The tin whistle notes are included and to be played using your D tuned whistle. 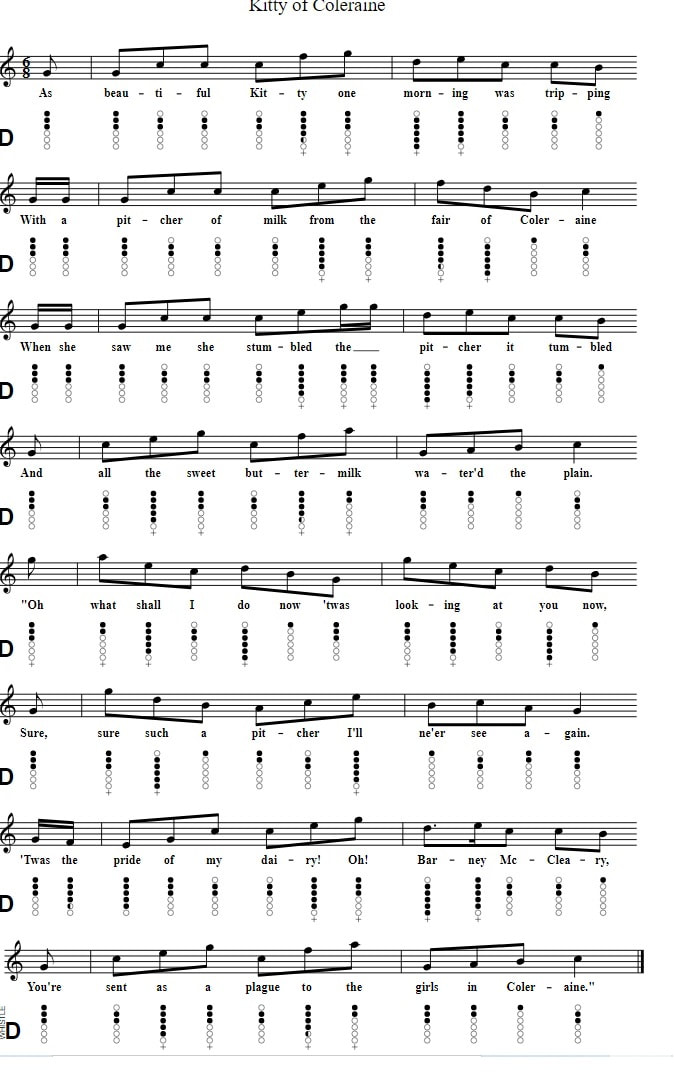 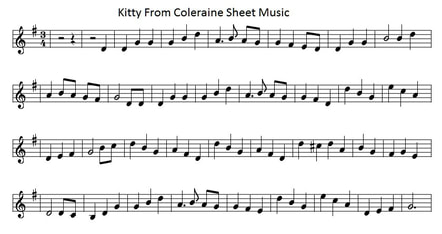