The Easy ukulele chords are included for version in D plus the 5 string banjo chords in the same key of D Major. Music composed by Harry von Tilzer; lyrics by Andrew B. Sterling sung by Florrie Forde. Also recorded for The Muppet Show. An English music hall song written around 1905. Guitar chords are suitable for the mandolin / banjo. My Old Man Said Follow The Van Song is also is also in the same tradition as being a music hall song.​Down at the old bull and bush sheet music with tin whistle notes included.
Easy Guitar Chords Key of D Major
[D]Talk about the shade of the [G]sheltering palm
[A]Praise the bamboo tree
with it's [D]wide spreading charm,
[D]There's a little nook
down near [G]old Hampstead Town,
You [A]know the place it has one great renown,
[D]Often with my sweetheart on a [G]bright Summers day,
To [A]the little pub there my [D]footsteps will stray,
[D]If she hesitates when she [G]looks at the [A]sign,
Promptly I whisper, [A7]"Now do not decline." 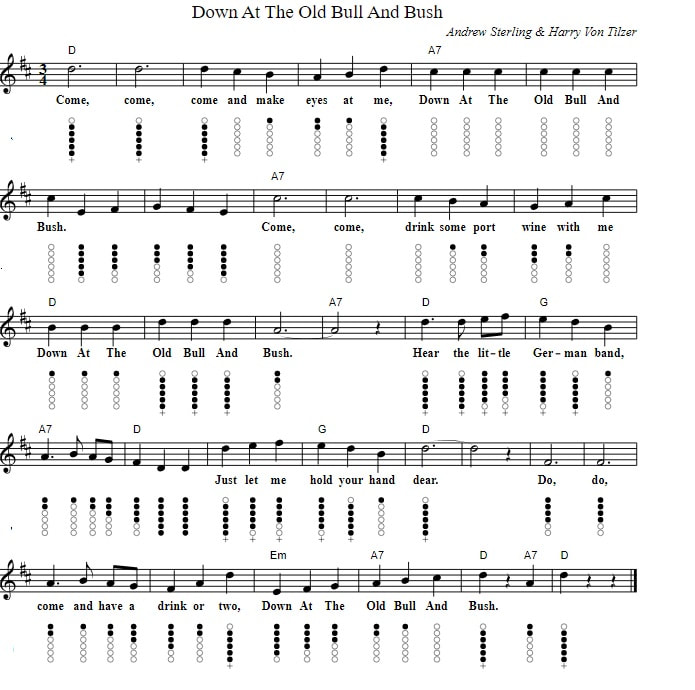 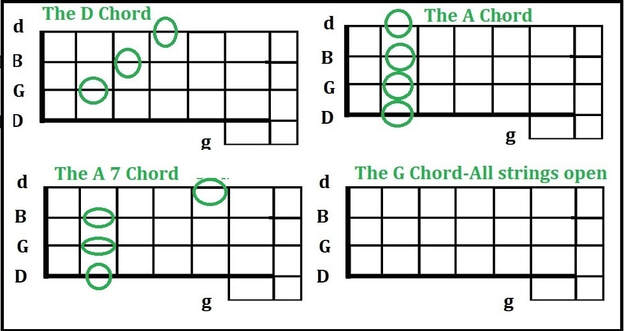 Back to Lyrics And Chords From C-F 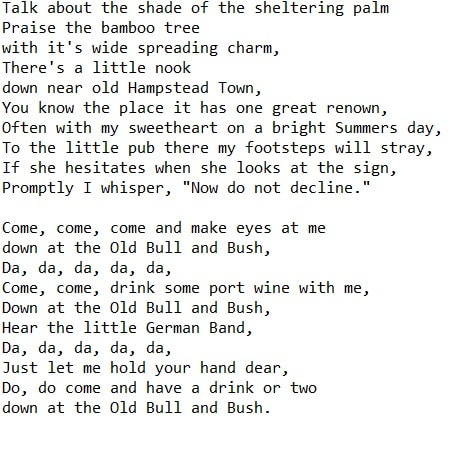 Down at the old bull and bush lyrics 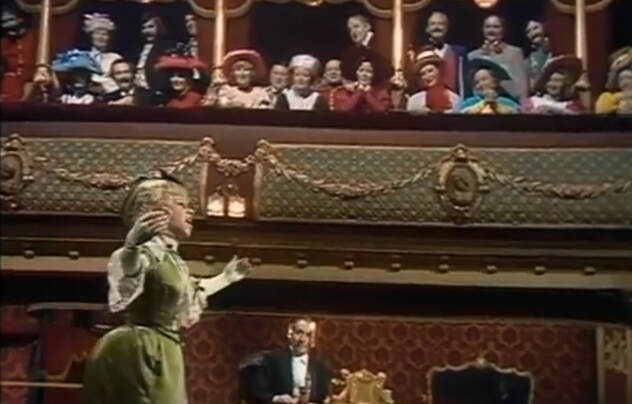