Dancing At The Crossroads Lyrics And Chords - Wexford Hurling Song

6/8- The Wild Swans. Written by Paul Bell and Brendan Wade. This song is all about Wexford winning the all Ireland hurling final of 1996.This is a request for Matthew Wickham who is a big Wexford fan. The guitar chords are by Marc Fahrbach. Return to the Hurling And Football Gaelic songs .

​Well I remember as a young boy
The beginning of september
We were standing at the station
Waiting for a train.

Well they came from Enniscorthy
From New Ross and Ferns and Gorey
There was busses from Bunclody
There was horses, carts and all

Seamus Kavanagh,Joe Kerns,MJ Reck
and all the rest the brave young men of 96
will be remembered with the best
Rackard, Quickley, Wheeler, Doran,
Buggy, Murphy, Nolan, Flood
And the names I can't recall
Wexforc heroes one and all 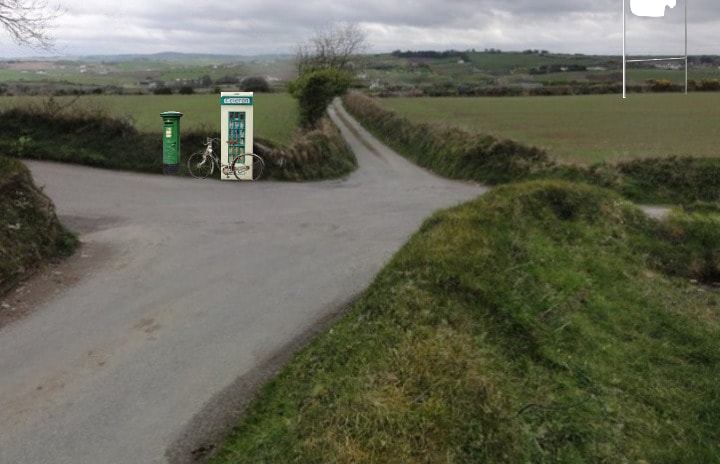 A Rural Irish Crossroads with an old Irish phone box, a bicycle and old Irish post box
Well I (A)remember as a (D)young boy
The beginning of sep(G)tember
We were standing at the (Em)station
(G)Waiting for a (A)train.

(D)Seamus Kavanagh,Joe Kerns,MJ Reck
(G)and all the rest the brave young men of 96
will be remembered (A)with the best
(G)Rackard, Quickley, Wheeler, Doran,
Buggy, Murphy, Nolan, Flood
And the names I can't recall
(A)Wexforc heroes one and all

​Below is the list of sheet music and tin whistle songs that are in my ebooks. This is the largest collection of tin whistle songs ever put together.[over 800 songs ] Including folk, pop and trad tunes plus German And French songs along with Christmas Carols.
All of the songs have been made as easy to play as was possible.
​The price of the ebooks is €7.50 and  will be emailed to you after payment.Please be patient.

The White Swans Dancing At The Crossroads