The sheet music for this song is included for the key of G. The tenor banjo chords and the 5 string banjo chords in the key of Em are included.The song was  written by Irish folk singer / songwriter Dominic Behan who's father actually wrote Come Out You Black And Tans song, the ukulele chords are included. The song was recently recorded by Irish ballad group The Wallopers. This song describes the hardship endured by The Irish and Scottish men while working on The Hydro Electric Plant at Inverary Argill Scotland,  The tune of the song is a slow version of ''Star Of The County Down Song'' Written in 1965, the term ''Ganger'' is used in the song and describes a sort of foreman on a building site who is in charge of a group of men, for example you'd have a gang of men looking after concrete and the man in charge would be ''A Ganger Man''.  Recorded by Al O'Donnell who began his interest in folk singing from listening to the great Ewan McColl. Reading through this song it reads very much like McAlpines Fusiliers song which Dominic Behan also penned.
[Em]Come Irishmen both [G]young and [D]stern
With ad[Em]venture in your [D]soul
There are[Em] better ways to [G]spend your [D]days
Than in [Em]working [D]down a [Em]hole

I was tall and true, all of six foot two
But they broke me across the back
By a name I'm known and it's not my own
They call me Crooked Jack 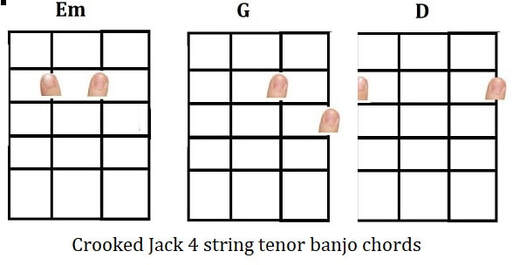 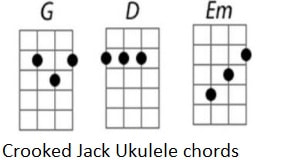