Anne Devlin lyrics chords and a history of Anne

Pete St. John wrote this song. It's a patriotic song about a woman, which is rare in Irish folk song writing. This is my favourite Pete St. John Song. It's very hard to imagine what Anne Devlin went through in solitary confinement for three years,,,,,,and still she held firm and did not betray Robert Emmitt ,The guitar chords were kindly provided by Marc Fahrbach, more information on Anne Devlin below. The youtube video is Mary Black. This song was also recorded by The Dublin City Ramblers. More songs by Mary Black with guitar chords . 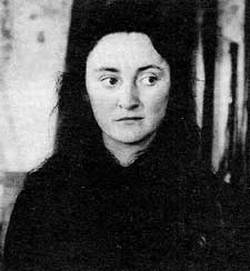 Annie Devlin was born at Cronbeg, near Rathdrum, Co Wicklow, in 1780. Even then feelings were high regarding the treatment of the majority of the Catholic population. Particular families were known nationalists and the Devlin family was one of them. Her father was known for his views and had on a number of occasions, stated them in public, a dangerous thing to do at the time. Her aunt, her mother’s sister, was married to a man named Dwyer and was the mother of the Wicklow rebel Michael Dwyer, which made Anne, Michael’s first cousin. Born in 1771, Dwyer was a rebel leader in 1798 and for years after the rising still gave the government trouble with his “hit and run” brigade. Anne must have heard stories from her parents and others of the doings of Dwyer and his band. She must also have been told of the great efforts of the O’Tooles and the O’Byrnes, with which her family were also connected, to attack the English forecast every opportunity.


Despite their nationalistic views the Devlins raised their family to respect the law and they in turn were respected by all who knew them. They farmed a rented 30 acre farm and met their commitments as required. Their landlord was a Mr Thomas Darby and he was a very fair man. Mrs Darby’s sister (a Miss Leonard) became very fond of the young Anne and after her marriage to a Lieutenant Hempenstall, (a man hated by the locals and known as “The Human Scaffold”) she obtained permission from the Devlins for Anne to accompany her to her new home at Inchicore in Dublin. This was in 1797. After a few months her father realized things were getting worse and decided to take Anne home. Many think that he was actually a United Irishman and knew what was about to take place. It was after the 1798 rising, that her father was arrested and was put into the overcrowded Wicklow Jail.


During this time the Devlins were often raided on account of their cousins, the O’Dwyers and the O’Byrnes. Two of Anne’s uncles and two cousins were also in prison. One of the O’Byrnes (Hugh) did escape but was later recaptured and executed. After over two years in prison her father petitioned for a retrial as no formal charge had been made against him personally. After the trail he was unexpectedly acquitted. It was after this that Anne’s father decided that it would be safer for the family to move, so, having given up his lease and parting on good terms from his landlord, the family moved to Rathfarnham in Co Dublin. Here he founded a dairy business and kept horses for hire to the local gentry. It gives food for thought when we remember Mr Devlin’s suspected association with the United Irishmen, as to why, early in this tragic year of 1803, a man by the name of Mr ET should take posession of a house near the Devlins, and why so many strangers were seen coming and going to the house. Perhaps the picture will become clearer when we learn that “Mr Ellis” was none other than Robert Emmet [ song ], the man who organised the failed rising later in that year.

Actually one of the mysterious visitors to Emmet's house was none other than Myles Byrne who had been one of the leaders in the 1798 rising with Fr John Murphy. Another angle on the connection between the Devlins and Emmet was the fact that Devlin gave Emmet a cow and a horse and cart to give the impression that he was well off and in the business. “Mr Ellis” now required the services of a housekeeper in his house in Butterfield Lane and asked his neighbour, Mr Devlin to advise him on the choice. It was now that another strange twist occurred in the saga that was to have such a tragic ending for those involved. Anne Devlin became the housekeeper at the house in Butterfield Lane and assumed the name of Emmet. It was now that things began to hot up as far as the planned rising was concerned.


Meetings were held in the Emmet House, arms were collected and delivered to the centres in the city. It was probably at this stage that Myles Byrne was sent to France to seek the often promised but seldom sent help. Incidentally Myles Byrne never returned to Ireland and died in Paris at over 80 years of age. As for the rising, on the morning of July 23 1803, Emmet assembled his troops, just over 100 and far less than he expected and headed for Dublin Castle. On their way along Thomas Street they met the carriage of the Lord Chief Justice, Lord Kilwarden and instead of allowing it to pass and continuing on to the castle, the unruly mob, for that is what they were, killed the chief justice and his nephew and then scattered into the side streets and disappeared. Realising his rebellion was a failure Emmet escaped and fled to the Wicklow mountains. On Tuesday, July 26 Anne Devlin and her eight year old sister were questioned roughly by a group of Yeomen at the house in Butterfield Lane.


They were treated roughly by the soldiers and almost hanged. After the yeomen had left Anne realised she could, not stay any longer in the house and went to the house of her first cousin Michael Dwyer’s sister, whose husband John O’Neill ran a dairy business at Newmarket in the Coombe. A couple of days later they were all arrested and taken to the Coombe Guardhouse. After four days they were released and returned to the house in Newmarket. After a few days, Anne’s brother, Art brought her back to the family home in Rathfarnham. If they thought that this was end of their troubles they were mistaken. During that night the house was surrounded by a party of soldiers, horse and foot. The whole Devlin family was arrested, father and mother, three brothers two sisters and herself, (her youngest brother is said to have been covered in smallpox). Anne was identified by a stableman from the White Bull Inn in Thomas Street and questioned by Major Sirr, who now realised the importance of his prisoner.


Anne refused to talk despite the fact that Sirr tried to bribe her with £500, a fortune at that time. The Governor of Kilmainham Jail, who was noted for his method’s of extracting information also questioned her but got nothing. This was on August 29, 1803. It was during her time in the Castle, unknown to her, that Emmet was arrested in a house in Harold’s Cross. Major Sirr now had a warrant issued against Anne for high treason. This could mean death for Anne if she were convicted. She was now transferred to Kilmainham Jail and it was here that she was to meet Emmet for the last time. During a brief conversation, he begged her to give information about him as he was already a dead man, but she refused, saying that she could not bring herself to be an informer. Robert Emmet was hanged in Thomas St on the 21 October 1803. Anne was taken to the place of execution and forced to watch as the last moments of life were taken from Emmet’s body.


She was then taken back to the jail where the man known as “The Devil’s Partner”, Dr Edward Trevor: used every device imaginable to break her down and get her to tell where Emmet’s hiding places had been and who were his companions. All his efforts, including physical and mental torture, were in vain Anne’s spirit could not be broken. His treatment of Anne was so excessive that an investigation into his and others methods was called for but no further action was taken. Anne was eventually released in 1806 and found employment as a companion to Mrs Elizabeth Hammond at 84 Sir John Rogersons Quay, a position she was to hold for four years. The Devlin family had also suffered at the hands of the inquisitors and had been broken in many ways. They only lived a few years after their terrible ordeal. Anne now survived by taking in washing and other work and later married a man named Campbell.

For a few years Anne new peace and love and was the mother of two children, a boy and a girl and both are said to have ended up in strange circumstances. Mr Campbell died in 1845, and Anne was once again left alone. The sad part of her position was that now she was too sick to work and almost blind. She ended her days in dire poverty in a miserable hovel near the Coombe at No 2 Little Elbow Lane in the area known as the Liberities. She died in obsecurity on September 16 1851. Anne Devlin was one of the unsung heroines of Irish history. She suffered as much, and perhaps more, than many of the men of earlier and later times whose names are now spoken of as the men who died for Ireland. Perhaps they did, perhaps They were great men, but were any greater than Anne Devlin ,From Willy White The Carlow 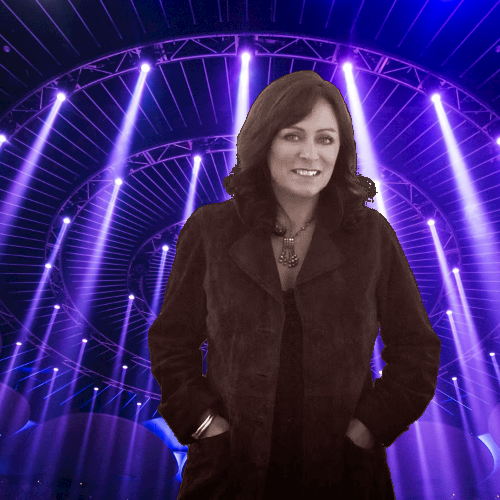