A Place In The Choir lyrics and chords

Easy Guitar / ukulele chords in the key of D. The music time signature is 2/4. Written By Bill Staines, recorded by The Clancy Brothers And Tommy Makem, also by The Barleycorn and recently by Celtic Thunder. The youtube video is by some friends of mine called Morning Dew which was recorded at The Fingal Folk Club at St.Patrick's Hall in Ballyboughal Co.Dublin. Ronnie is on guitar and Ted plays the four string banjo. Great version lads. This song was also recorded by Celtic Thunder, who do a great version of The Voyage By Christy Moore. The guitar chords are in the key of D. Also included is the tin whistle sheet music and mandolin tab, there are two different versions of the whistle and mandolin / banjo tabs. Damian McGinty, Bill Staines, and The Browns also covered this very well known song.
[Chorus]
All[D] God's creatures got a place in the choir,
[A7]Some sing high and some sing lower,
Some[G] sing out on the telephone[D] wire
[A7]Some just clap their[D] hands their paws or anything they got.
[1]
[D]Listen to the bass its the one at the bottom
Where the[A7] bull frog croaks and the[D] hippopotamus
[G]Moans and groans in the big tat[D]too
And the old cow just[A7] goes[D] moo
[2]
Listen to the top with the little birds singing
And the melodies,and the high notes ringing
And the hoot-owl cries over everything
And the blackbird disagrees 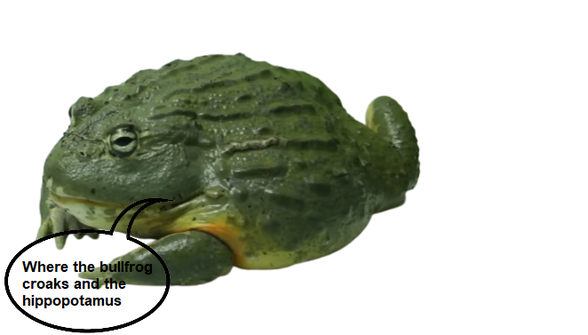 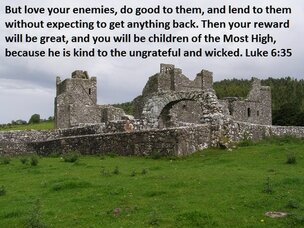 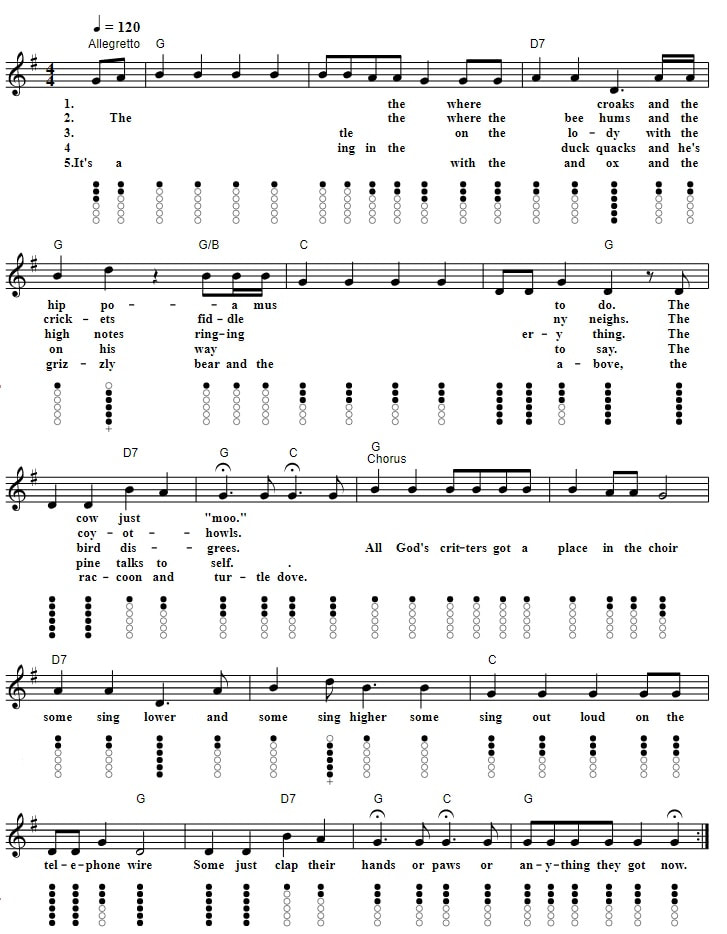 All God's Critters Got A Place In The Choir Sheet Music
Ukulele chords chart guide.

The tab below is slightly higher that the one above.

The tin whistle notes in the version below is slightly higher that the above version. 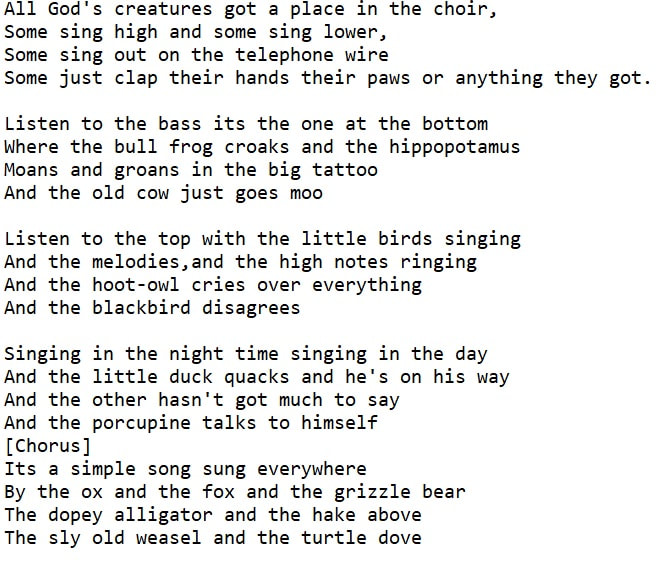 All Gods creatures got a place in the choir lyrics