Two Will Do Lyrics By Seamus Moore

A song about bringing the car to the pub and saying to yourself, ''Sure I'll Only Have The Two'' , Seamus runs into an old friend and goes on ''The Batter'' [beer] only to be caught by the Garda for drunk driving. More Seamus Moore song lyrics are here . Many more songs deal with drinking beer on the site including the song Beer Beer Beer which the Dublin group The Furey Brothers sang for years.

It was down the town on a building site that we worked hard all day,
We were digging the foundation and drinking mugs of tea
In the evening I came home, full of mud and clay
Said the wife now go and get a drink, for it's been a long hard day

So off to the local I did go as happy as could be,
And I met up with my old friend Johnny Mahony,
Says Johnny have ye got the car, I said yes like a fool,
So we drove on ten miles further to a pub called the horse and groom.

Now we stayed there 'till closing time 'till we were all alone,
And we got into the motor car and headed off for home,
Driving don along the road The Garda I could spy,
He was in a white Granada and he waved as we passed by.

I let down the side window and the Gard put in his nose,
He said you have drink taking, too much I suppose
He handed me a plastic bag the smallest I ever seen,
And he said me boy blow into that until you turn it Green.

Well as sure as hell I turned it Green, he said now step out please,
You must leave you're friend behind and please give me the keys
Said Johnny don't you worry Mick everything will be alright,
And he took me down to the station when the stars were shinning bright.

Well the doctor he was waiting and he read for me the rules.
He said you can give me blood or urine if you choose
He handed me a bottle and I filled it to the top.
And he put me name upon the top in case that it gets lost. 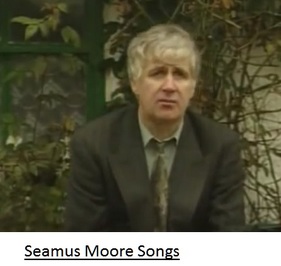